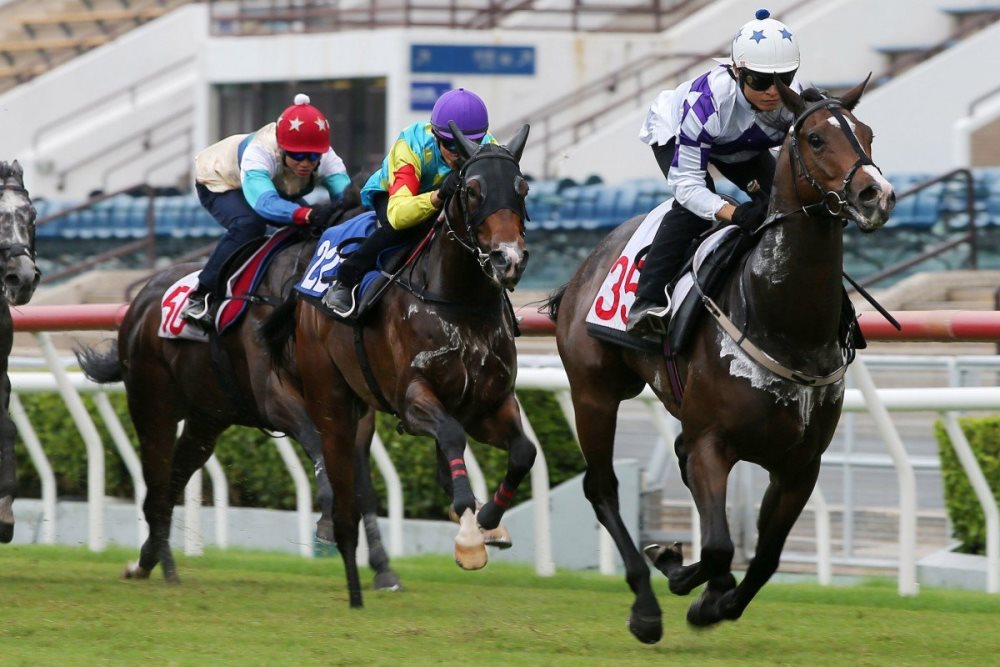 Give Way Please (請讓路) charges up the straight under Keith Yeung.

David Hayes will start unveiling his next generation of runners at Sha Tin on Sunday with the champion trainer keen to move on from a host of old horses which have failed to stack up during the early part of the season.

Hayes has been forced to make do with a motley crew of tried gallopers during his first month of training back in Hong Kong, but has been unable to land a winner after an impressive double on opening day.

With a war chest of unraced horses, Hayes’ biggest problem now is ensuring he does not rush his new stock in an attempt to steal races before they are ready.

Punters will get some insight into what the future holds for Hayes when Give Way Please (請讓路) steps out in the Class Four Sha Lo Wan Handicap (1,000m). 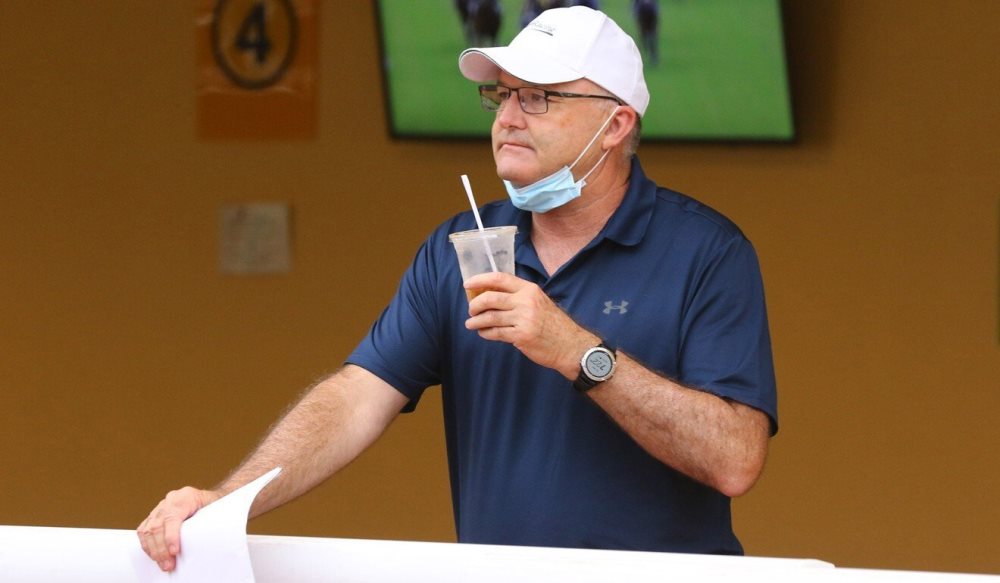 The four-year-old is the first product of Hayes’ “Lindsay Park funnel”, which saw him pre-train some horses at his Euroa property in Victoria before making the move to Hong Kong.

Give Way Please (請讓路) steamed home under Keith Yeung Ming-lun in a 800m barrier trial last month, giving the handler enough confidence to send him to the races.

“He is the first runner we have from the new horses,” Hayes said. “I normally like to give them a couple of trials but he did so well at 800m up the straight, I thought we could go. It is a bit risky but I don’t mind.”

While Hayes had the luxury of being able to send horses all over Australia in his former training life, the realities of a strict Hong Kong schedule began to hit home when trying to find a race for Give Way Please (請讓路).

“It is the only 1,000m Class Four [at Sha Tin] for weeks so I thought we would have a little try at that,” he said. “He is a horse that has only been here for nine weeks but he does have obvious ability.”

Such is the firepower waiting in his stable, Hayes has 20 horses without names along with a host of other unraced gallopers.

He admits it has been frustrating dealing with some stable transfers during the first month of the season, who, despite his best efforts, have shown they are still a while off winning in Hong Kong.

“It will certainly be nice to have some new ones going around rather than these ones that have had 16 runs with no placings,” Hayes laughed.

Give Way Please (請讓路) rolls past his rivals in a barrier trial at Sha Tin.

“I have got to hold myself back a bit [with the new horses], wait for their coats to come through and when that happens I can start sending them out.”

Hayes will also saddle up Lucky Maryknoll (瑪神好運) in the Class Three Fan Lau Handicap (1,000m). The four-year-old is a filly – a rare commodity in Hong Kong racing – but that does not concern Hayes.

Formerly named Earth Song while trained by Chris Waller in Australia, Hayes has taken on the training duties as he looks to replicate the success he enjoyed with Derby-winning filly Elegant Fashion (勝威旺) during his first training stint in Hong Kong. 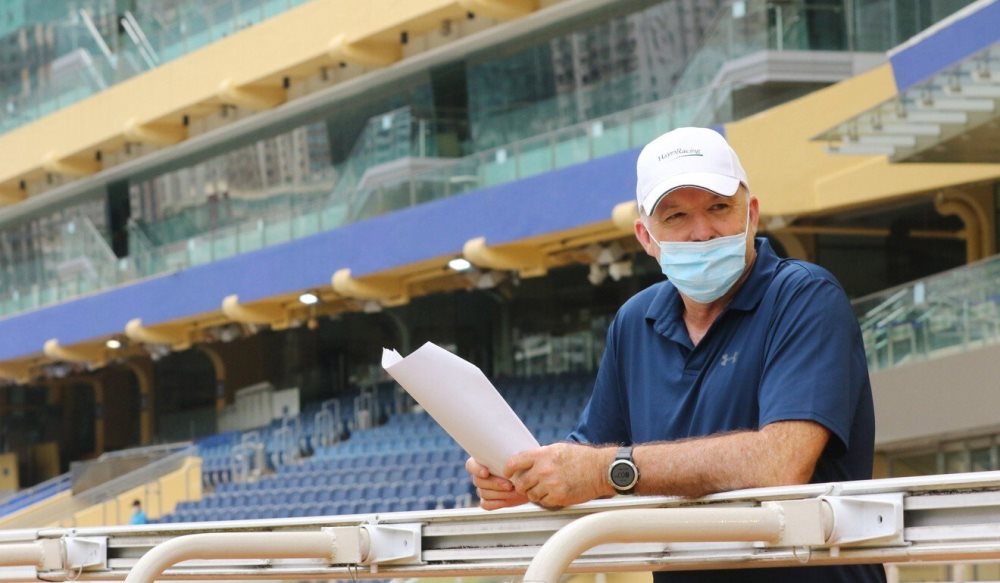 “It is different having a filly, I think she will come right at 1,400m. That is what her Australian form suggests anyway, but I thought I would get moving with her,” he said.

“The last time I was here I had Elegant Fashion (勝威旺) and she was Horse of the Year so I don’t have much fear with fillies, that is for sure.

“She eats like the colts. I know she wasn’t expensive so she’s not coming off a high benchmark.”

More new horses are also expected to trial for Hayes next week as he builds up to their first starts in Hong Kong.