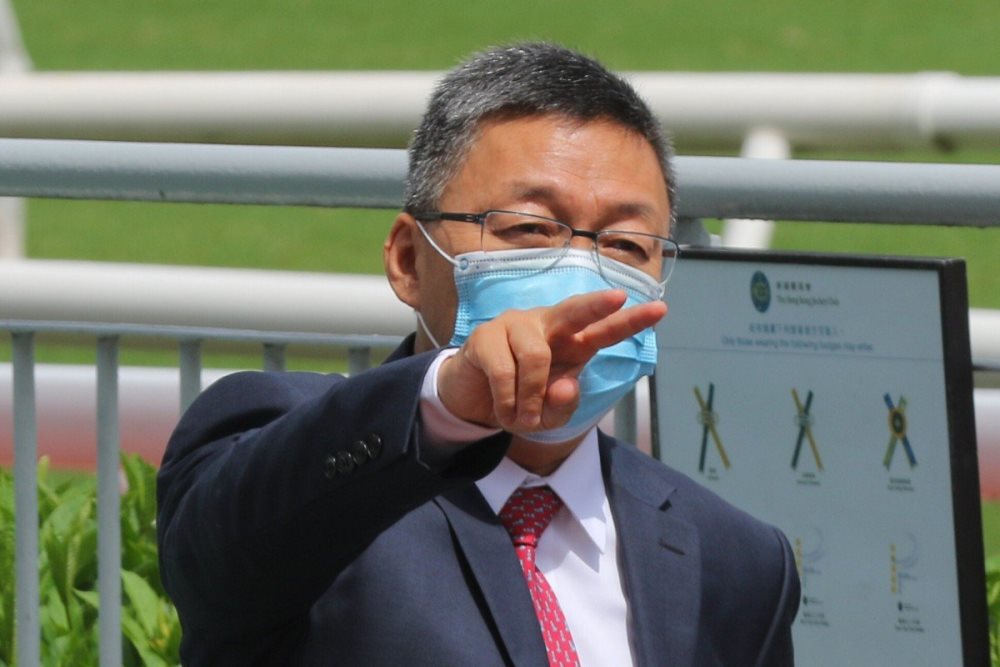 Francis Lui celebrates one of his eight winners so far this season.

After throwing everything behind his push for the 2019-20 trainers’ premiership, Francis Lui Kin-wai didn’t have high hopes heading into this season and admits he is “surprised” to be sitting second on the table after 10 meetings.

The unassuming handler eventually finished third in the title race – four winners behind champion Ricky Yiu Poon-fai – but believes the ding-dong battle might be benefiting him in other ways.

Six of his eight winners this term raced for him within the final six meetings of last season before hitting the ground running to start the new campaign, with the exceptions being superstar Golden Sixty (金鎗六十) and stable transfer Stock Legend (股票傳奇). 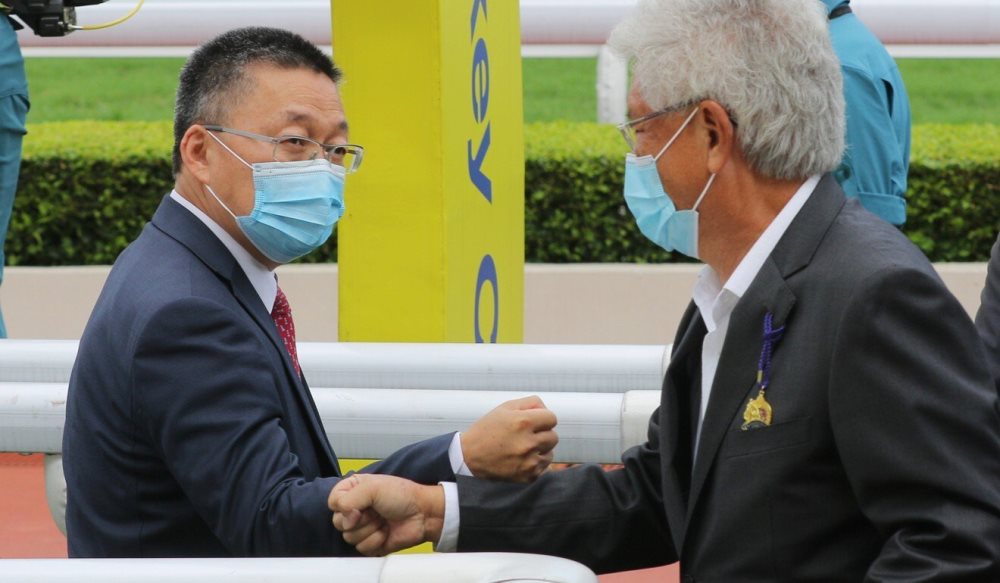 Trainer Francis Lui celebrates with an owner during his quick start to the season.

“Of course some of their ratings are high but some of them have carried their form over from last season,” Lui said. “I didn’t expect to start this well but everything has been so smooth.”

Lui has also had the Jockey Club’s HK$3.7 billion Conghua facility at his disposal for the first time after being part of the third phase of trainers to receive mainland stables in July.

Three of his winners spent time in Conghua immediately before their victories and Lui is confident the open spaces on offer north of the border have helped keep some of his gallopers fresh. 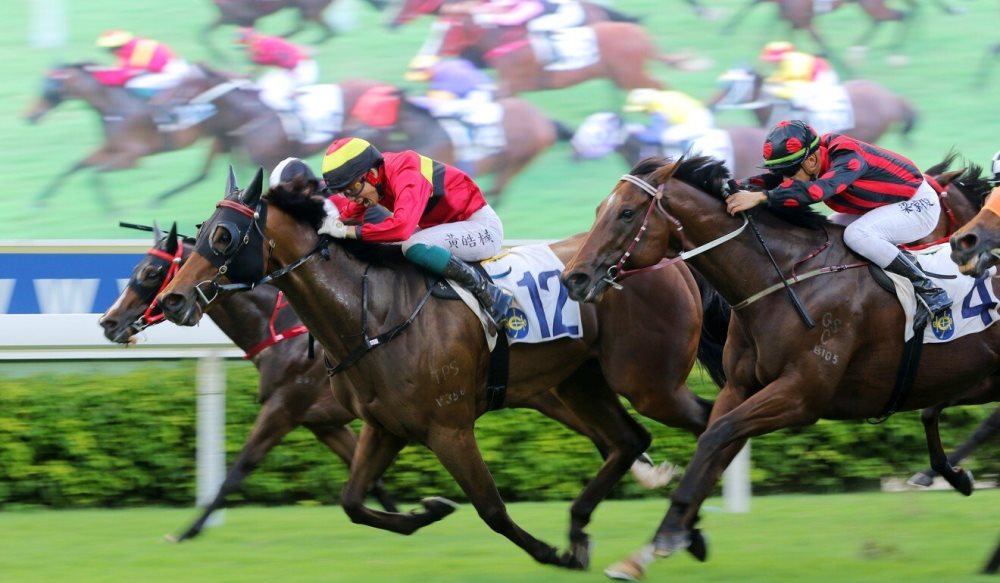 “They can learn a little bit more and they come back more relaxed,” he said. “I think Conghua has helped, especially with some of the horses that are a bit nervous – it helps them concentrate.”

While Lui’s narrow miss in last season’s title fight is still fresh in his memory, he’s not getting carried away about his chances of mixing it at the top throughout 2020-21.

“It’s hard to say because the old horses, most of them their rating is nearly at the top and with the young horses, I’ll have to see them come through.”

Sunset Watch (悅跑得) is looking to snare his first Hong Kong win at start 12 in the Class Three Lai Kok Handicap (1,200m) after an impressive second behind the smart Winning Dreamer (夢想成金) last time out.

“I hope he can carry on from how he ran last time and he should be a good chance,” Lui said of the five-year-old son of Akeed Mofeed (事事為王), who will be ridden by Zac Purton.

Lui will be represented by Water Diviner (百勝龍) in the day’s Class Two, the Chak On Handicap (1,200m), with the eight-year-old second-up after running on from the back of the field to finish four lengths behind Lucky Express (幸運快車) on September 27.

Water Diviner (百勝龍) won in Class Two on a rating of 88 early last season and heads into Sunday’s contest off a mark of 87, where he will carry 120 pounds under Dylan Mo Hin-tung and jump from gate three.

“He’s a funny old horse, he likes to run fresh and usually the first one or two times he always runs well,” Lui said. “His rating is high but I hope he’s got another good run in him, he seems to have kept his form.”