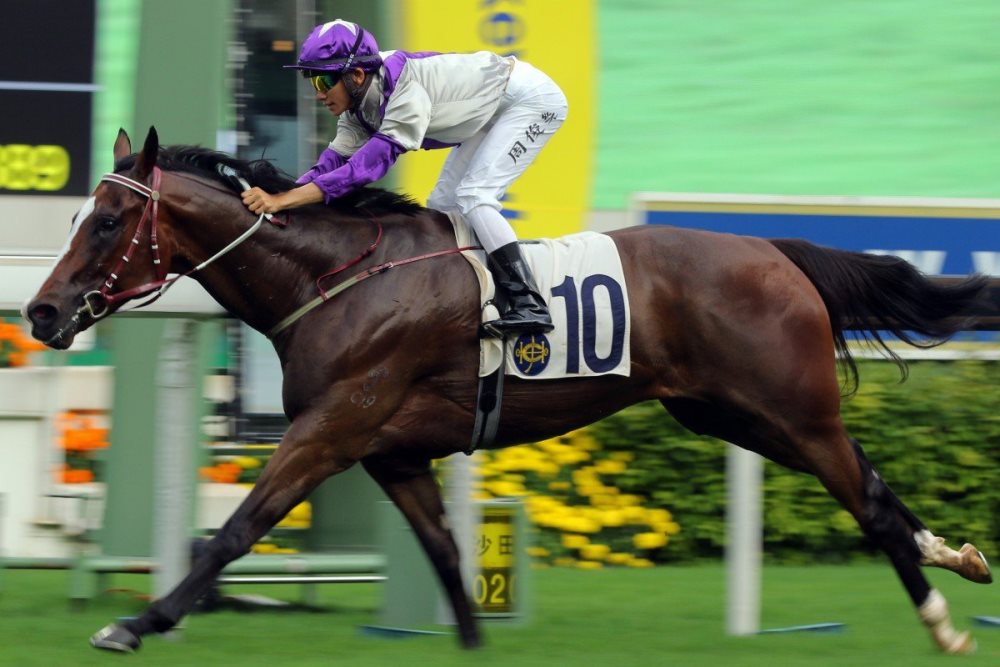 Apprentice Jerry Chau Chun-lok is feeling more at home at the tricky Happy Valley track each week and is confident he is the man to partner Buddies (二郎) as the five-year-old makes his debut at the city circuit on Wednesday night.

Chau rode at the Valley for the first time at the final meeting of last season and opened his account last month, before following up with another victory at the tight-turning track a week ago.

His ride on Buddies (二郎) in the Class Two High West Handicap (1,650m) is one of five at the midweek meeting and the 20-year-old is confident he’s built the tools required to continue his success.

“Happy Valley is a difficult track, every rail position is different and you need to learn which rail has which bias and how to negotiate the sharp turns,” he said.

“I trialled and started racing at Happy Valley last season and I felt quite comfortable when this season started.

“I feel like I know more about riding the track now and I have built up more confidence – the same level as at Sha Tin.” 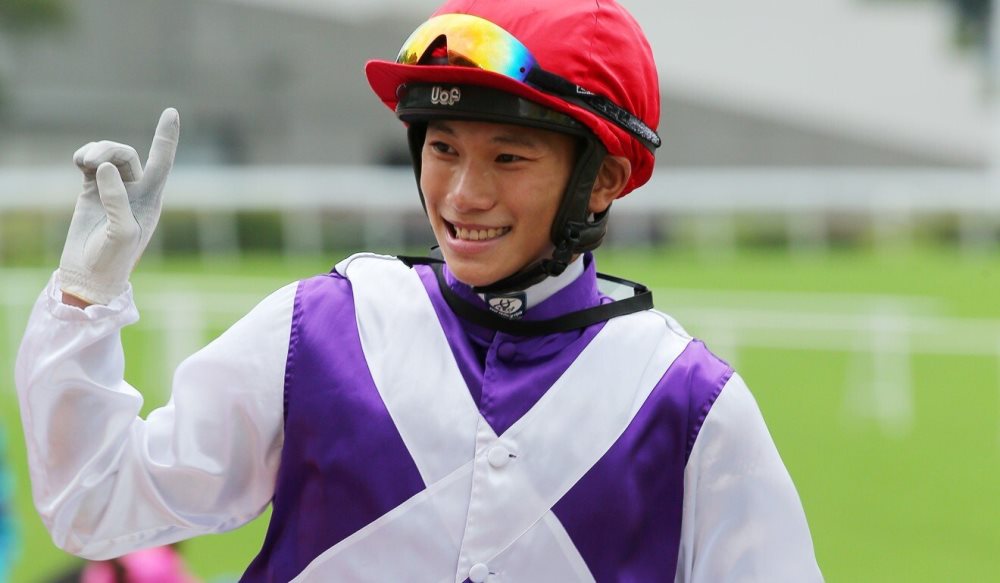 Jerry Chau celebrates one of his four winners so far this season.

Chau has returned 11 winners from his first 144 rides in Hong Kong and has nine victories to go before he must relinquish his 10-pound claim.

“Getting four winners so far this season, I’m quite happy but I still want to ride more winners and keep improving,” he said.

Chau’s claim could prove vital on the front-running Buddies (二郎), who provided the second leg of Chau’s debut double in May.

The galloper’s rating is up to 100 after a recent fifth behind Golden Sixty (金鎗六十) in the Group Three Celebration Cup and the son of So You Think’s aggressive style could work well at the Valley.

“I’m very excited to jump on him again, last start he went really well in the Group Three,” Chau said of Buddies (二郎), who joined Tony Cruz from the retiring John Moore at the end of last season. “He’s getting older now and I think 1,650m suits him. I think he’s a very good chance.”

Chau will get every chance to dictate terms from barrier three, with the extended ratings band of 105-80 ensuring Buddies (二郎) will only carry 119 pounds against the likes of another Valley debutant in Preciousship (友誼至好), Not Usual Talent (非凡才子) and Alpha Hedge (精算齊同).

Also among Chau’s rides is Simply Fluke (富祿) for his boss Douglas Whyte, with the six-year-old backing up in the Class Four Mount Gough Handicap (1,000m) a week after running third over six furlongs under Antoine Hamelin. 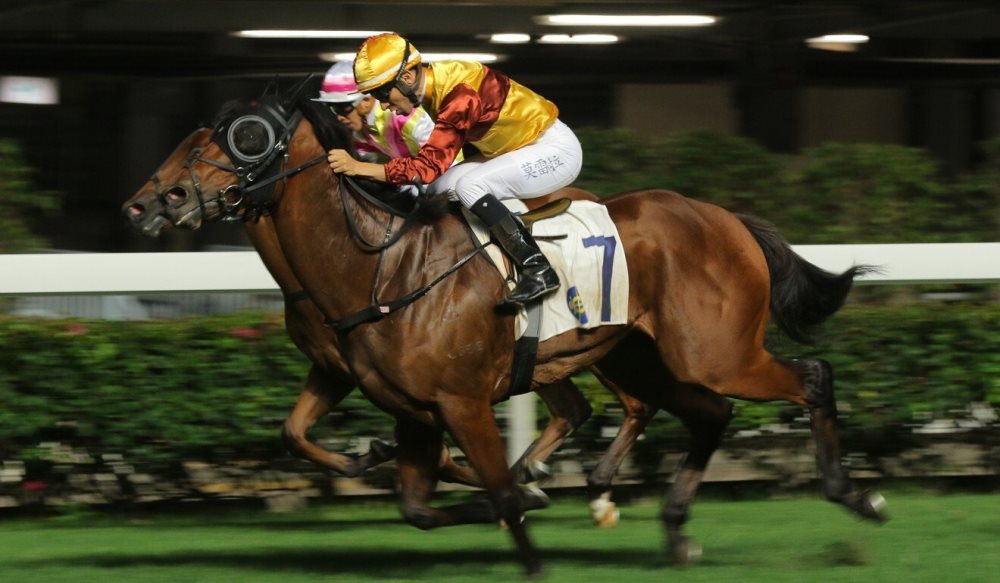 Chau will again have an inside alley at his disposal after drawing gate one, a welcome boost for a horse who has jumped from double-figure barriers in 10 of his 15 starts.

“Last time over 1,200m he didn’t draw well but this time he’s drawn nicely and with the 10-pound claim, I think he’s a very good chance,” Chau said.

“The 1,000m could be a bit short for him but I think I can sit in a midfield position with a good draw – I need to listen to my boss first but I think I will be around midfield.”