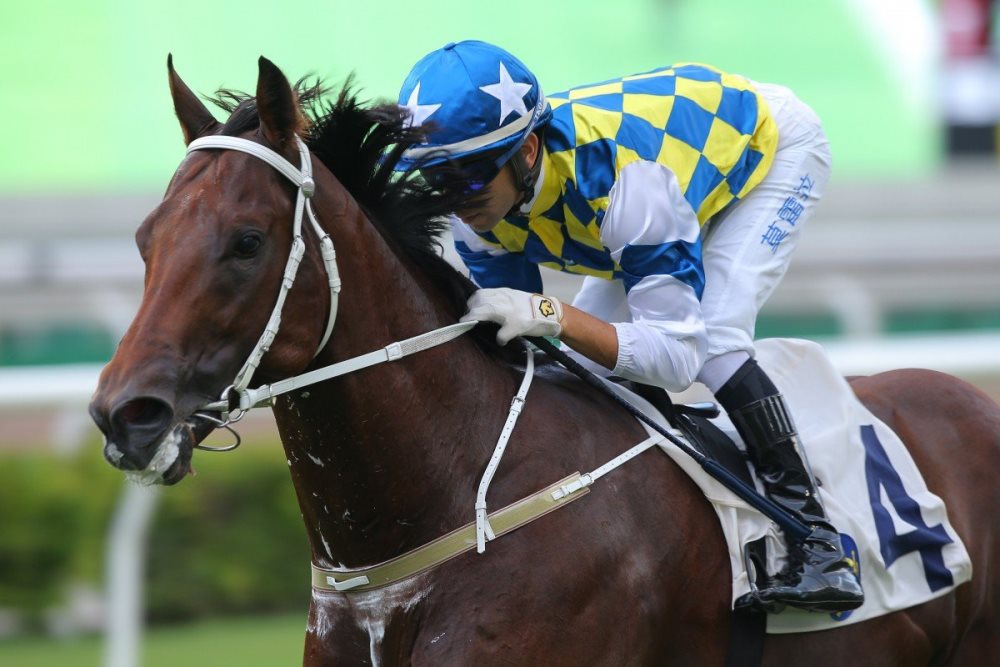 Karis Teetan believes Computer Patch (錶之智能) is perfectly placed to go to another level when he steps out in Group Two company for the first time in Hong Kong in Sunday’s Premier Bowl (1,200m) at Sha Tin.

The four-year-old passed his first Group-level assignment in Hong Kong with flying colours in the National Day Cup (1,000m) and Teetan expects the up-and-coming speedster to have the answers again this weekend.

“He won pretty impressively last time and if he produces the same run he’s a good chance,” Teetan said of the son of Exceed And Excel, who carries only 117 pounds. “With that weight, he goes into the race giving himself a big chance.”

Teetan watched on from the sidelines as Computer Patch (錶之智能) – who joined Tony Cruz from John Moore in the off-season – produced a scintillating front-running display to salute under Joao Moreira down the Sha Tin straight two weeks ago.

The Mauritian had committed to ride Thanks Forever (常感恩) in the race, but the galloper – who Cruz also inherited from Moore – was forced into retirement in the build-up to the race after bleeding for a second time.

Teetan did partner Computer Patch (錶之智能) to fourth in a Class One over 1,200m when he was first-up this season and is itching to jump back aboard on race day.

“I’m lucky enough to get back on him now, that last run should build his confidence up and I think he’ll do well again,” Teetan said, adding that he expects further improvement from his mount.

“I thought he needed his first run. He was very big. He ran a very good race second-up and you could see from the first time how much he had improved. I think the 1,200m is OK this time, he wasn’t ready for the 1,200m first-up but it did him good.”

Moreira has opted to ride Hot King Prawn (旺蝦王) in Sunday’s contest, with Teetan wary of the resuming six-year-old.

“Hot King Prawn (旺蝦王) has been trialling very well so you have to respect him,” said Teetan, who was in the saddle for the John Size-trained gelding’s trial win last week.

Teetan climbs aboard Southern Legend (川河尊駒) in the day’s other Group Two, the Oriental Watch Sha Tin Trophy (1,600m), with the pair resuming a once-fruitful relationship that has been on ice for over three years.

Teetan partnered the Caspar Fownes-trained warhorse to his first Hong Kong victory back in July 2017 but has not ridden the eight-year-old since September of the same year.

“It’s been a long wait to be able to get a chance on him again. I remember winning on him and he gave me a very nice feel. Obviously he went on to bigger and better things and I’m glad to get the chance on him again,” the 30-year-old said.

The reigning Group One Champions Mile winner was solid first-up this season, finishing two and a half lengths behind Golden Sixty (金鎗六十) when fourth in the Celebration Cup on September 27.

“I thought his last run was good, I galloped him on Wednesday morning and he felt good and he’ll be better at a mile. He’s a tough fellow and he’s been there and done that,” said Teetan, who has gate nine at his disposal as Southern Legend (川河尊駒) again tackles Golden Sixty (金鎗六十) and Beauty Generation (美麗傳承).