Derby runner has first start for high-flying Ricky Yiu: ‘I expect him to do something’ 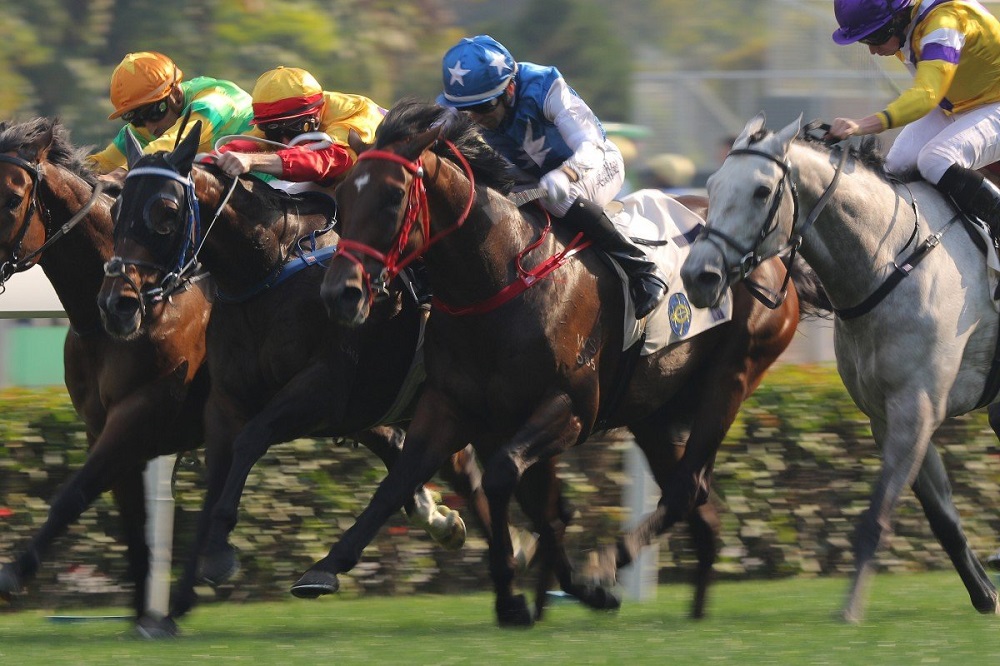 Championship leader Ricky Yiu Poon-fai expects Super Oasis’ (超級綠洲) first run for his stable to be a big one after acquiring the horse from Frankie Lor Fu-chuen following his 10th in March’s Hong Kong Derby.

The four-year-old won twice at Group Two level in New Zealand and finished third in last year’s Group One Australian Derby (2,400m), but Yiu believes the 1,800m of Sunday’s Class Two Hoi Ha Handicap could be just what the gelding needs to post his first Hong Kong win.

“When he ran in the Derby I think maybe the 2,000m was a little long for him. Since then I gave him a trial and he trialled really well, so I expect him to do something on Sunday,” Yiu said of the 91-rated galloper. “A mile or 1,800m is right for him and he’s on the right rating.” 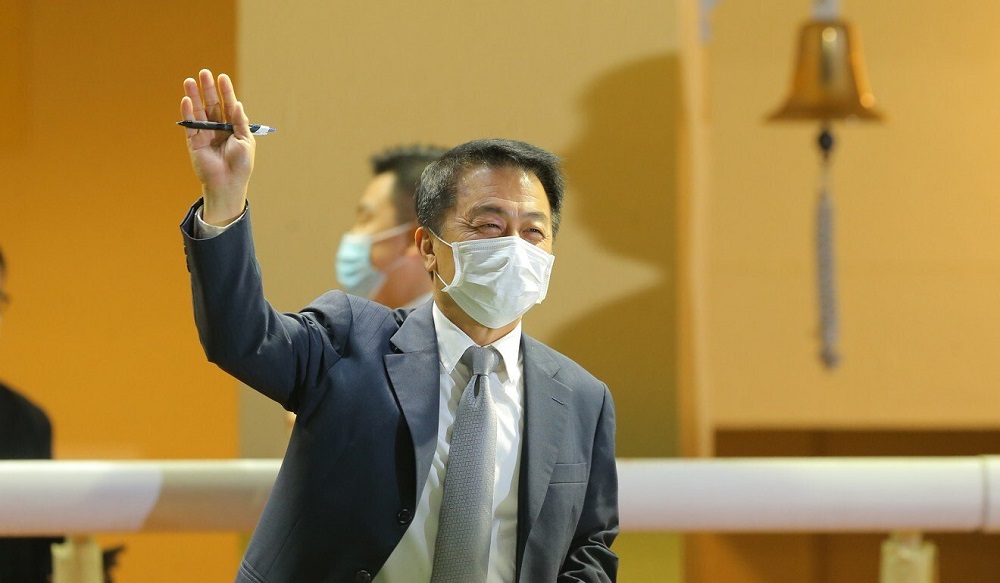 Super Oasis (超級綠洲) is the eighth horse to enter Yiu’s yard via stable transfer since the start of the season and the veteran believes his career-best form has helped put him in the forefront of owner’s minds when they go looking for greener pastures.

“It helps a bit, yes,” Yiu said, adding that Super Oasis’ (超級綠洲) arrival in his stable happened for the same reason as many transfers in Hong Kong.

“The owners just wanted a change of luck, previously when he was with Frankie he didn’t show much and was a little disappointing.” 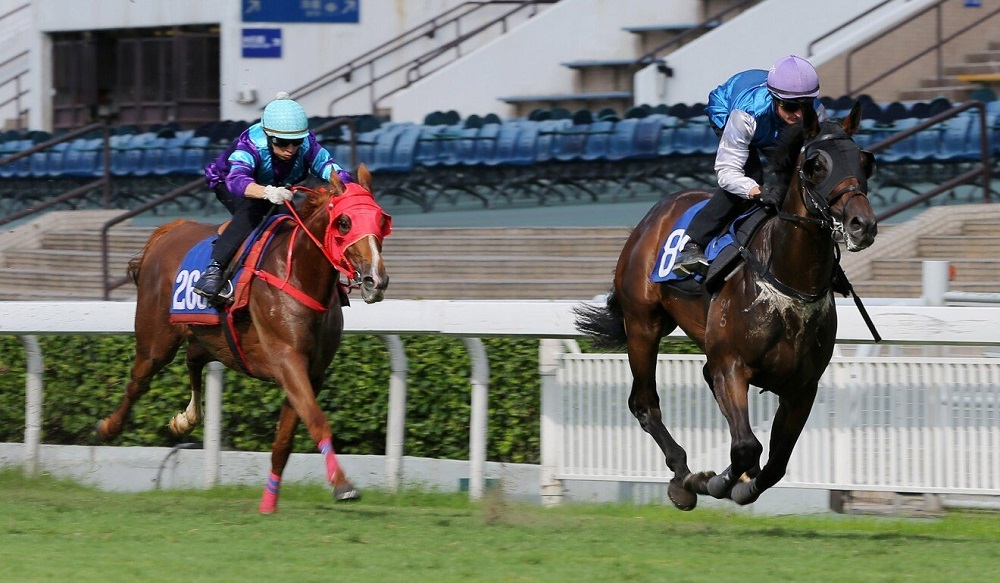 Zac Purton rides Super Oasis (超級綠洲) on Sunday after partnering him to a comfortable 1,600m trial victory last week, where he mowed down stablemate and fellow Derby runner World Famous – another galloper to join Yiu’s yard this season.

“I think he’s got ability and he’s a nice horse. He’s up and coming and he’s still improving being so lightly raced,” Yiu said of Super Oasis (超級綠洲), who is having his 15th career start on the weekend.

Also lining up in Sunday’s contest are a further three 2020 Derby runners in Butterfield (勇猛神駒), Private Secretary (孖寶兄弟) and Amazing Beats (必妙星), as well as a pair of four-year-olds who missed the race because of injury in Thinkin’ Big (創意天才) and Arrogant (格萊美).

Yiu takes seven runners to Sha Tin as he looks to add to his 56 winners this season and maintain his buffer at the top of the trainers’ premiership, which was cut to seven by Francis Lui Kin-wai on Wednesday night. 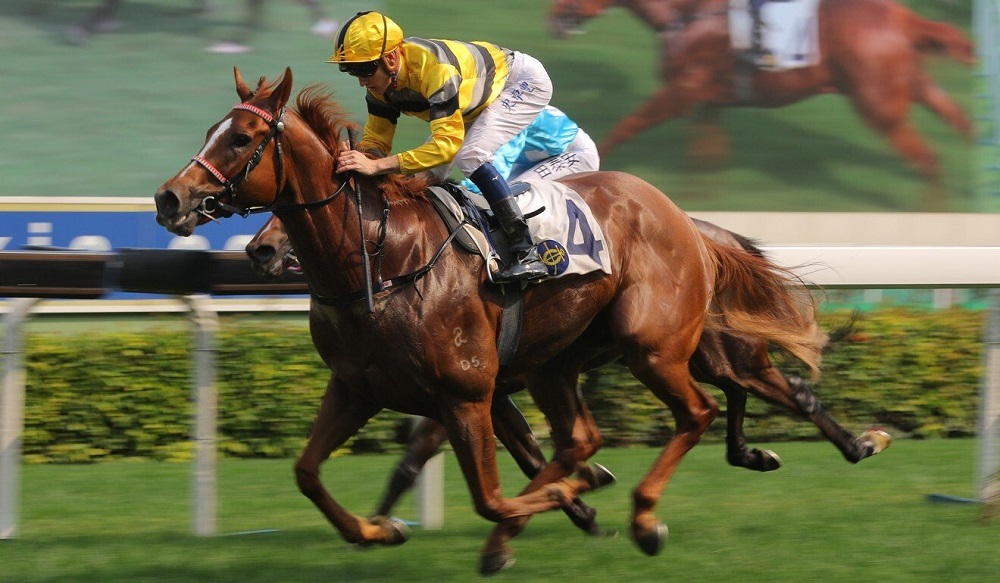 Among them is last-start winner Team Power (團結力量), who steps up in grade for the Class Three Sham Chung Handicap (1,400m) after an impressive maiden victory at the course and distance under Chad Schofield four weeks ago.

“He’s very forward still and I think with a light weight in Class Three he can manage, last time he won well,” Yiu said.

The four-year-old has been allocated just 114 pounds but will have to carry two more than that under regular jockey Schofield, who has been in the saddle for three of the galloper’s four starts.

Also among Yiu’s hand is the in-form Cheerful Leader (精彩有你), who heads into the Class Three Shui Long Wo Handicap (1,600m) on the back of a win and five placings from his past six runs.