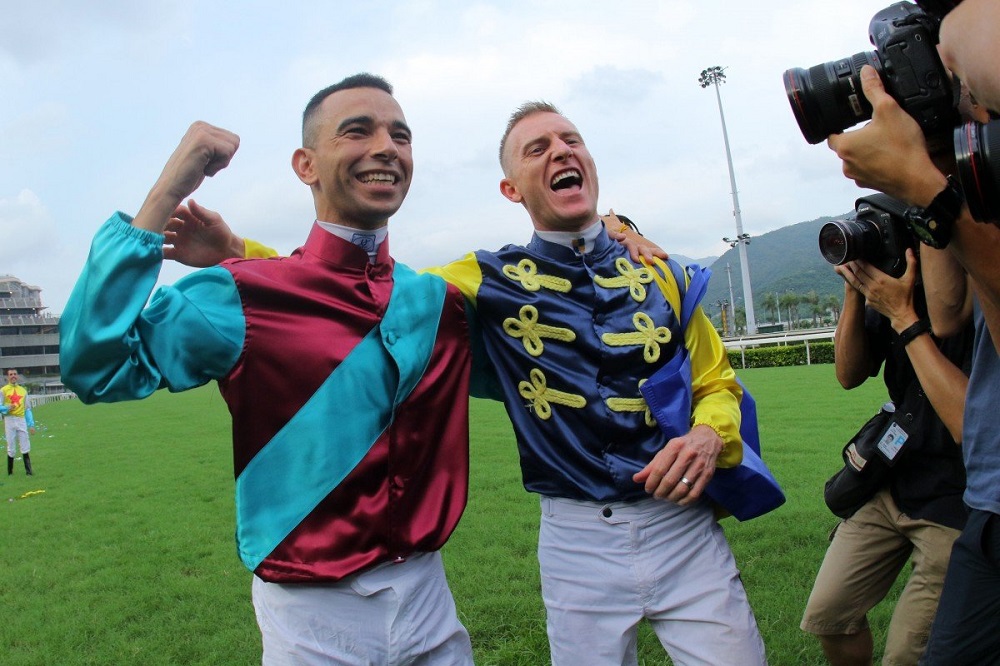 The two undeniable superstars of Hong Kong racing have had a (relatively) tough time of it over the past three meetings.

Over that same period, the combination of Matthew Poon Ming-fai (five), Alfred Chan Ka-hei (five) and Ben So Tik-hung (two) has had four times as many winners. Imagine the price you could have got for that.

It is a stark contrast to the Champions & Chater Cup card on May 24 when Purton and Moreira had four victories each.

So how rare is it that they combine for three winners or less across three consecutive meetings they have both ridden at?

It has never happened before.

To repeat: since the Brazilian arrived in Hong Kong full-time in October 2013 they have never gone through a period like this.

It is a remarkable statistic and one that is a testament to both their greatness and ability to perform consistently. If one is having an off period, the other tends to pick up the slack. It is insane. 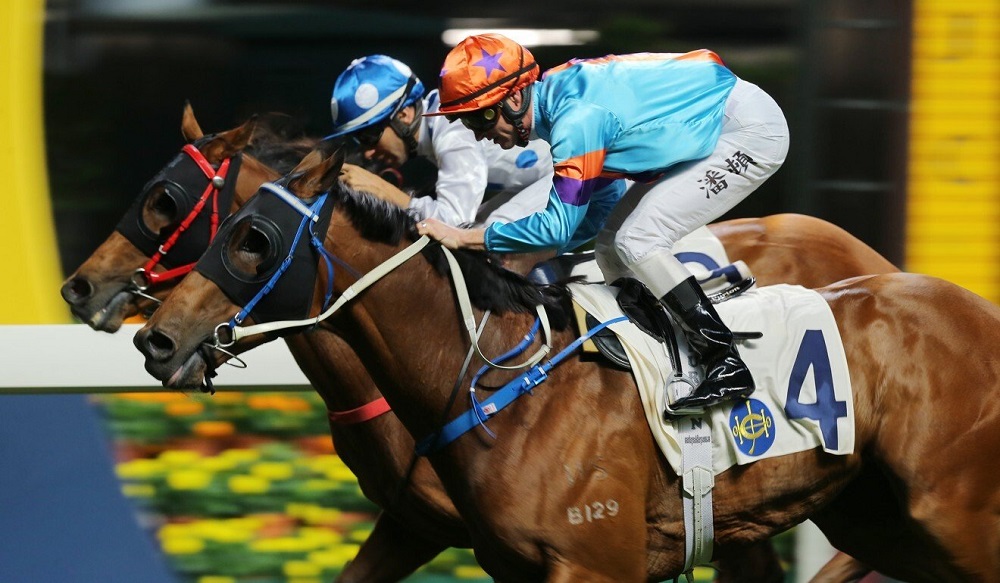 They are again engaged in a fierce battle for the jockeys’ championship – one they are both trying their hardest to win.

That competition adds an extra layer of pressure and it’s fair to say both felt the pinch in their own way on Sunday.

Purton walked out of Sha Tin steaming that Moreira (who was on Dan Control) wasn’t suspended after interfering with his horse Morethanlucky (紅衣優駿) in the last event. Stewards instead handed the Brazilian a “severe reprimand”.

For his part, the Magic Man seems to focus a little too much on what his arch-rival is doing in races.

For example, during the second event on Sunday, would he have been as forceful on Monkey Jewellery (首飾大聖) in the middle stages if the leader Glenealy Generals (連利福將) was ridden by anyone else?

The extra pressure played right into the hands of Chan on Magic Supreme (駿皇星) with Purton holding on to come third and Moreira dropping out to seventh (while Monkey Jewellery (首飾大聖) pulled up with blood in his trachea).

Off the track, the battle for rides is just as competitive.

Purton shared his frustration about it last month: “I really need a bit of a kick along – I need someone to give me a bit more support if I can get it. I’m not entirely happy with the way the bookings are going.”

Given their popularity among trainers and owners, the process for booking both Purton and Moreira is a little different to the other riders in Hong Kong.

They don’t wait until the entries come out and then start calling/texting, generally they have committed to a horse anywhere from two to four weeks out.

So while they do have their pick of the chances, in a sense, they are taking an educated guess about which horses are ready to win, without seeing the actual fields.

In the dog days of the Hong Kong racing season (which we are in now) with the best horses resting, hot and humid conditions and everyone needing a holiday, it doesn’t always work out as planned.

Purton’s mounts on Sunday were as weak as he’s had all season and the results showed it – with that third on Glenealy Generals (連利福將) his only placing from eight rides.

But looking ahead, what happens in the last 10 meetings of the season is much more important. 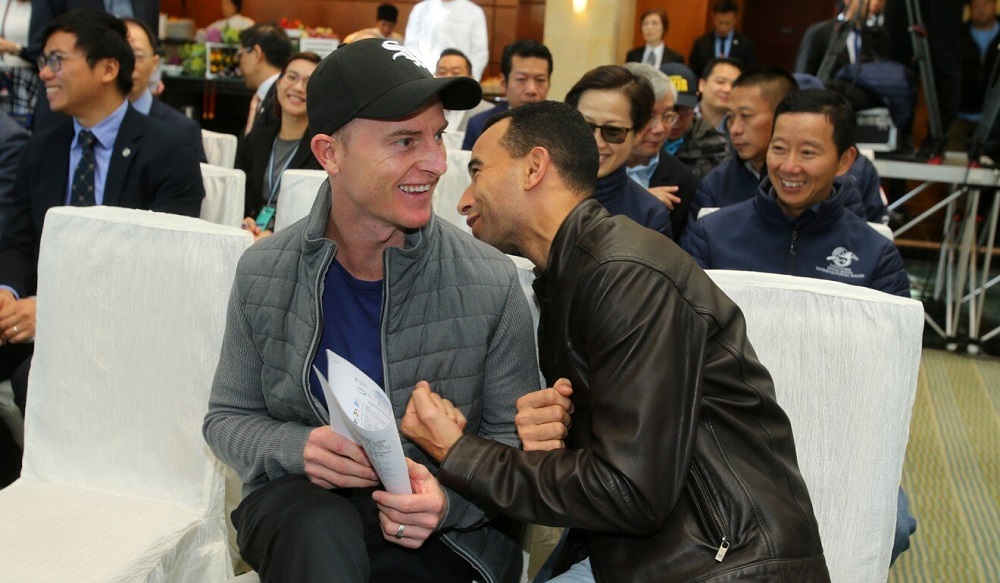 We know these guys are two of the best jockeys on the planet and this rough trot will soon be just a blip on the radar. That’s why they’ve won the past six championships between them. They perform under pressure.

When it comes to legacy, this title really matters. They’re three-all and they know history will forever link them together. Getting this one means a lot.

Given his weight and battles with his body, Purton knows he can’t keep performing at this level forever so he needs to make the most of it while he can.

Two of his championships have come when Moreira hasn’t ridden the full season. Only once, in 2017-18, did he beat him in a genuine head-to-head to contest. It can’t be a fluke if he does it again.

The 37-year-old had a few people tell him at the start of the season that the man he sits next to in the jockeys’ room would have his number. If you’ve ever met Purton, you’ll know he relishes the chance to stick it to those who doubt him.

For Moreira, the previous two seasons were tough. He didn’t have as much support late in that epic 2017-18 contest before his ill-fated Japan sojourn meant he returned to Sha Tin in December as John Size’s stable rider.

It limited his options while he was forced to watch his rival run away with the premiership and fall just two shy of his record for most victories in a Hong Kong season (170).

No one loves riding winners more than the Magic Man and the 36-year-old has been consistent about his desire to return to the top of Hong Kong racing. Having more titles than Purton would be a real feather in his cap. 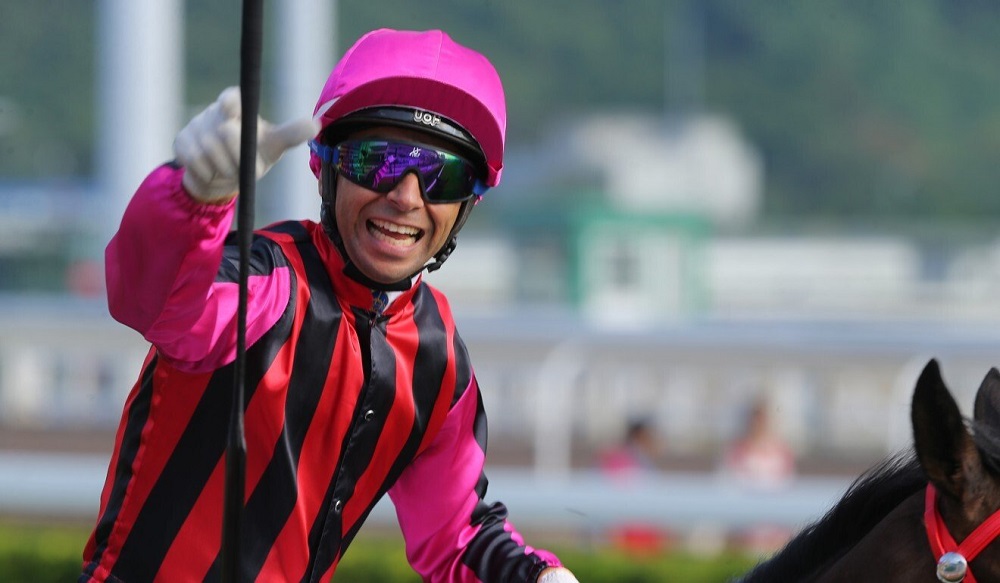 These past three meetings are the exception, not the rule, and it is the calm before the storm. Purton has a 128-124 edge with 10 meetings to go. There is everything to play for. They’ve both got full books at Happy Valley on Wednesday night.

This stage is set, it is the contest Hong Kong racing fans want to see and the two superstars should provide a grandstand finish.