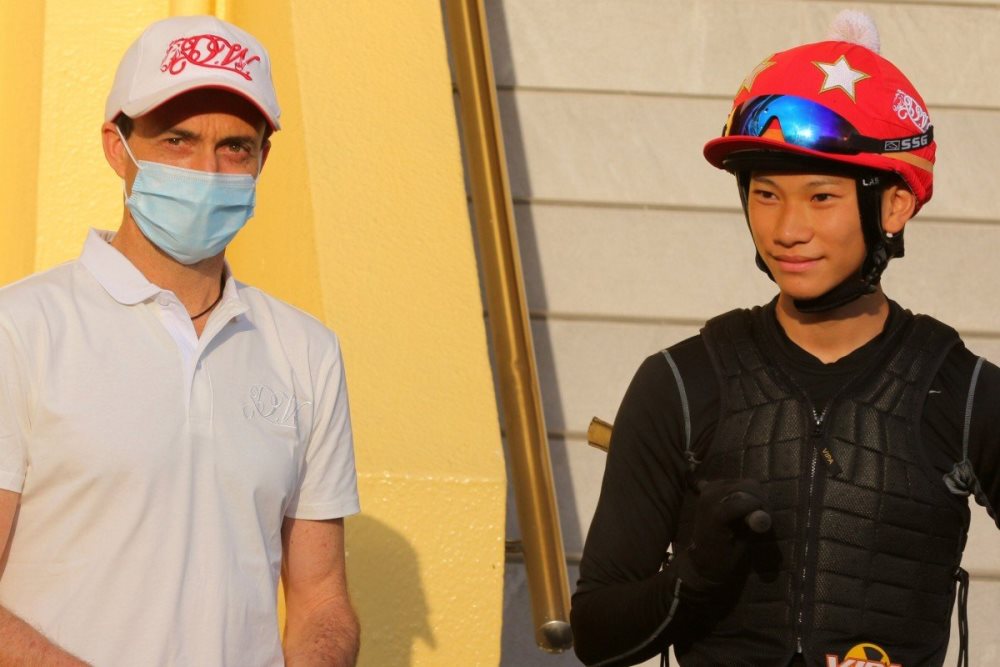 Jerry Chau Chun-lok’s arrival in Hong Kong was anything but conventional but the young jockey is hoping to use what he has learned in his short time in the game to make the most of season 2020-21.

Chau finished his time in South Australia early after getting to the call to return to Hong Kong in April this year after the Jockey Club sacked Gary Lo King-yeung before he even rode in a race, meaning he missed about 10 months of development Down Under that most apprentices receive.

Not one to panic though, Chau has embraced the challenge under the tutelage of racing legend Douglas Whyte and is keen to land his first winner of the new season for his boss.

Chau will ride Adonis (明月昇輝) for Whyte in the Class Five Yau Ma Tei Handicap (1,400m) at Sha Tin on Sunday as the handler attempts the quick backup for the honest galloper.

The seven-year-old veteran flashed home on opening day to finish third behind Moneymore (友盈有款) and Telecom Missile (電訊飛彈) and steps up in distance on Sunday.

With seven winners under his belt from last season, Chau is still able to utilise his 10-pound claim and thinks it could be pivotal for Adonis (明月昇輝).

The 20-year-old has ridden the horse just once under race conditions but he believes it could prove to be a vital learning curve.

“He is a different horse to ride, you can upset him so you need to be careful, a bit gentle with him. If you are gentle, he will try his best for you,” he said.

After starring on his first day in the saddle in Hong Kong with two winners, Chau has cooled off slightly, but his high percentage of placings suggests he is not far from the mark.

As one the most highly touted apprentices to come out of Australia since Matthew Poon Ming-fai, there was a hot race between trainers to land Chau’s services and Whyte won out in the end.

Jerry Chau with Douglas Whyte after winning together last season.

“My boss is very good. If I ask him any question, he has lots of information and advice so it is good to have someone like him,” Chau said.

“It is very competitive here with many good jockeys so I am trying to learn from them. I hope I can get a lot of winners, I am just trying to get more opportunities really.”