Champion jockey Kerrin McEvoy faces the prospect of spending Christmas Day inside a hotel room if he wants to ride boom sprinter Classique Legend in the Group One Hong Kong Sprint next month.

The Australian has first refusal on the ride after the pair won the mega-rich Everest last month and connections are keen to have him on again in the HK$22 million feature on December 13.

While McEvoy would be free to travel to Hong Kong and race while inside a quarantine bubble, he would face a mandatory 14-day hotel quarantine upon his arrival back in Australia.

There is a significant carrot to make the trip, however, with the winning jockey of the Hong Kong Sprint pocketing HK$1.254 million (A$222,000), while he will potentially also have other rides on the day. 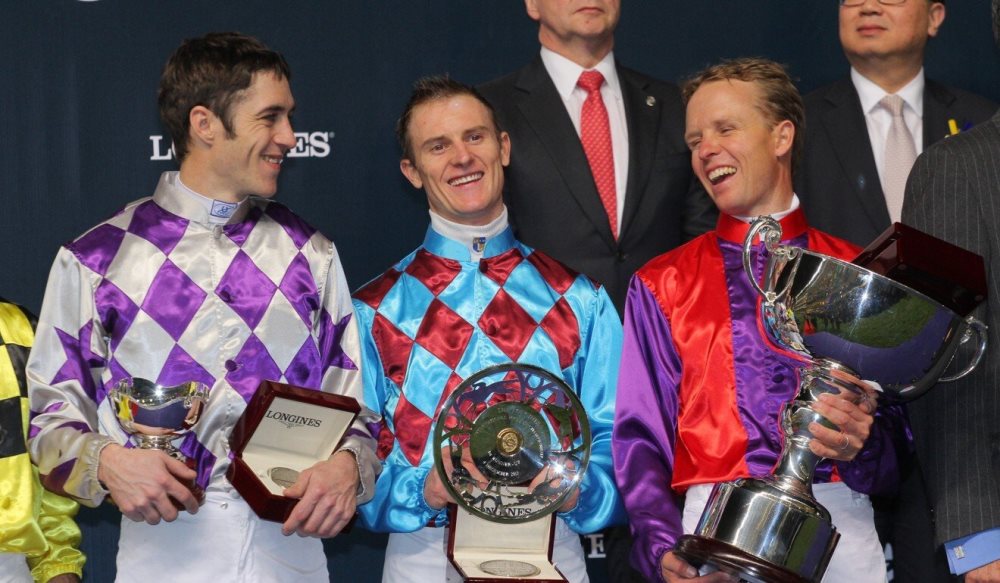 McEvoy’s manager Bryan Haskins said his client is keen to ride Classique Legend but was weighing up his options, suggesting the jockey is hopeful of a change in quarantine arrangements for those arriving back in Australia.

Trainer Caspar Fownes confirmed leading local Vincent Ho Chak-yiu is waiting in the wings for the ride should McEvoy decide against coming.

Ho won last season’s Group One Champions Mile for owner Boniface Ho Ka-kui aboard Southern Legend (川河尊駒) and has proven himself at the top level over the past two seasons.

“At this stage it is Kerrin McEvoy’s ride if he wants to come to ride him,” Fownes said. “If he can’t come, it will be Vincent – he has done a great job for the owner, obviously winning with Southern Legend (川河尊駒) last season.”

Classique Legend, who arrives in Hong Kong on Monday night, is currently rated a $2 chance for the Hong Kong Sprint by fixed-odds bookmakers.

Meanwhile, connections of Cox Plate winner Sir Dragonet face a HK$200,000 late entry fee if they want to compete in the Group One Hong Kong Vase (2,400m) on international day.

Co-trainer David Eustace put the race on the agenda for the expensive European import over the weekend, saying he had come out of his Melbourne Cup run well.

“He needs to be invited to Hong Kong and we’re fairly happy with how he’s come through the Cup,” he told.

“It’s still early days off the back of two quick runs and you have to make the call regarding quarantine and those types of things.”

Connections can expect calls from Jockey Club officials this week, with director of racing business and operations Bill Nader saying the colt was eligible for a supplementary entry should they pay the fee.

“We still need to communicate with them, we need to know who would travel with the horse – that is important at this stage – then we can make sure that is all-clear,” he said.

“Then we can do a supplementary entry which is pretty straightforward, that would get the horse in the race. He is definitely good enough.”

Sir Dragonet’s omission from the free entry stage could prove a costly one for connections, with any late entries forced to pay a fee equivalent to one per cent of prize money along with a similar acceptance fee.