Four-time Group One winner Beat The Clock to retire: ‘he’s certainly one of my best horses’ 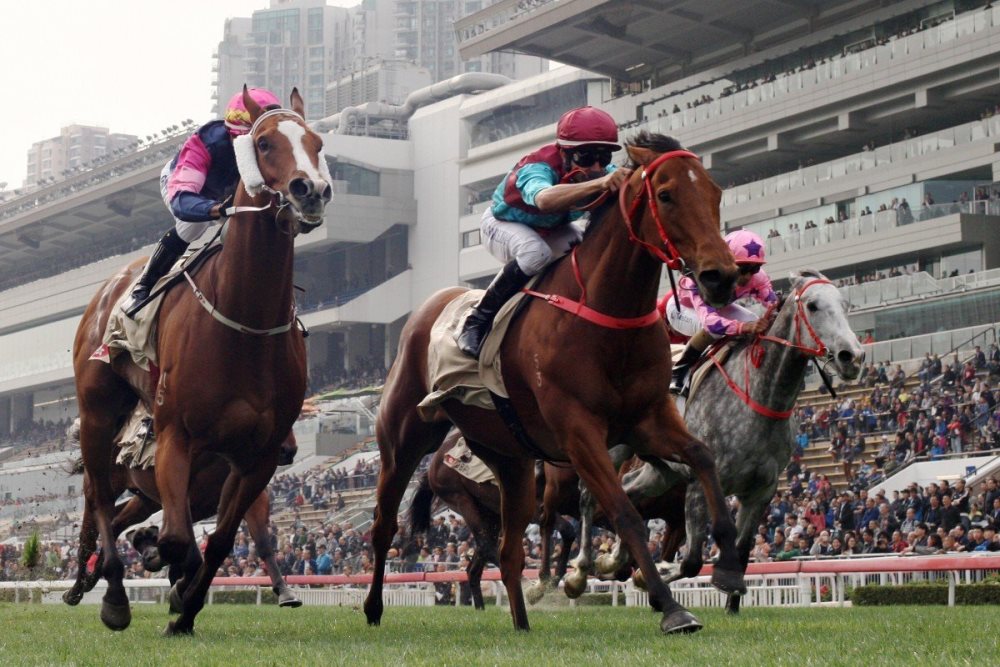 Beat The Clock (爭分奪秒) (centre) goes out as a four-time Group One winner.

Four-time Group One winner Beat The Clock (爭分奪秒) has run his final race, with trainer John Size confirming the reigning Hong Kong Sprint champion will be retired after suffering a suspensory injury.

Size said the seven-year-old son of Hinchinbrook will go out as “one of my best horses” after 10 wins from 25 starts and over HK$50 million in prize money.

“He will be retired and the owners have indicated to me that he’s got a home at Living Legends,” Size said.

“The horse has done very well and he’s been fantastic for connections and the stable, it’s not a negative story.”

Size has been patient with Beat The Clock (爭分奪秒), who hasn’t run since his fifth in February’s Group One Queen’s Silver Jubilee Cup (1,400m), and said it became clear his superstar’s heart was no longer in it.

“All I had to do this preparation was see if he wanted to train up but he’s not happy to do that,” Size said. 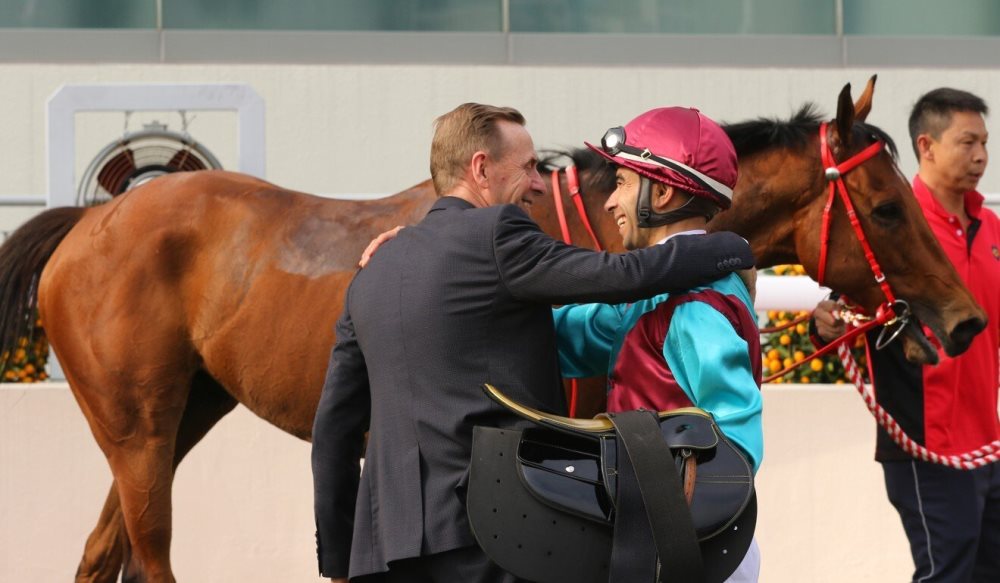 Trainer John Size and jockey Joao Moreira embrace after one of Beat The Clock’s (爭分奪秒) Group One wins.

“He’s been presenting as if he doesn’t want to race so we did some examinations and after thoroughly looking for something, they’ve found something on one branch of his suspensory.

“That’s enough for me to say ‘I don’t want to damage him’. Wear and tear comes along gradually and it gets to a stage where you think ‘I don’t want to hurt this horse, we’re not going any further’.”

After arriving from Australia as a Private Purchase Griffin in June 2016, Beat The Clock (爭分奪秒) won on debut in November of that year on his way to four victories in his maiden campaign.

After four minor placings at the top level, he finally broke through in elite company in last year’s Centenary Sprint Cup before adding the Chairman’s Sprint Prize and the Hong Kong Sprint to his resume, sweeping 2019’s 1,200m Group Ones.

He took out another Centenary Sprint Cup in January this year and had not missed a place across 24 starts before his fifth in February, with Joao Moreira in the saddle for all 10 of Beat The Clock’s (爭分奪秒) wins.

“That’s a pretty good effort, it’s difficult to compare him to other horses but he’s certainly one of my best horses,” Size said.

Beat The Clock (爭分奪秒) will join one of his fiercest rivals in Mr Stunning (紅衣醒神) at Australia’s Living Legends, along with other Hong Kong stars such as Silent Witness (精英大師) and Designs On Rome (威爾頓).

Meanwhile, Size heads to Happy Valley on Wednesday night with three runners as he looks to add to his 12 winners so far this season.

Joao Moreira pumps his fist as Beat The Clock (爭分奪秒) takes out the 2020 Centenary Sprint Cup.

“He’s a very nice horse, he’s a horse with a good temperament and he’s sound and healthy. I think he’s got a future, certainly in Class Three, and he’s going to run very well,” Size said.

“He looks suited at the track, he can take a position and he’s got a bit of quality so I think that’s going to help him.”

Alexis Badel takes the ride on Leap Of Faith (凌駕) and the four-year-old son of Sebring has drawn barrier seven.