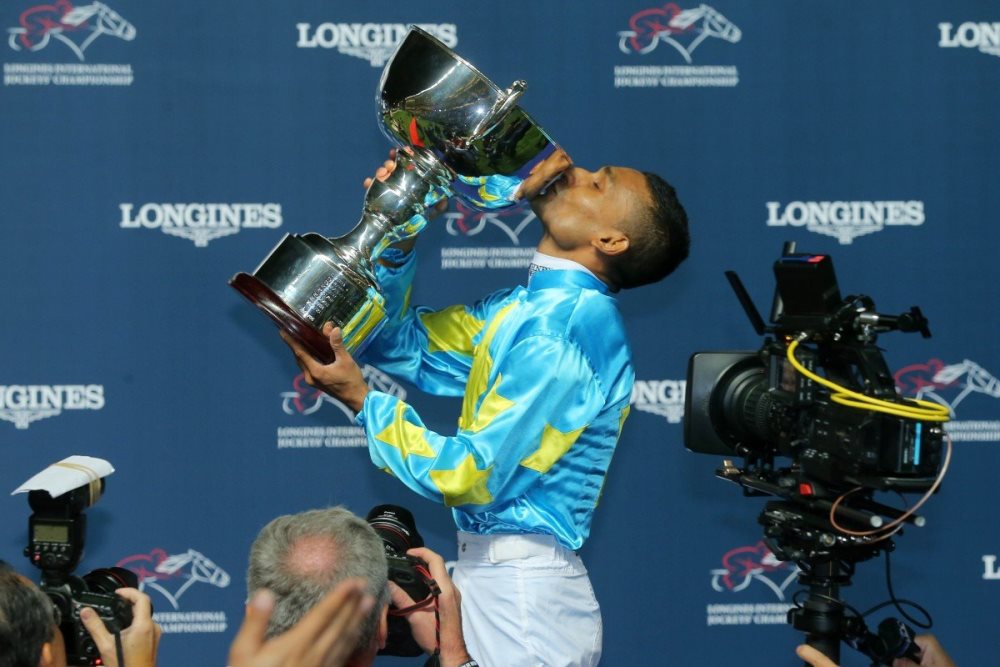 Karis Teetan celebrates his victory in the 2019 International Jockeys’ Championship at Happy Valley.

The Jockey Club is considering switching to a six-six split for next month’s International Jockeys’ Championship as British racing’s glamour couple Tom Marquand and Hollie Doyle confirm their participation in the marquee event.

Typically, eight international riders fly into the city to compete against the top four from Hong Kong but the moving goalposts of Covid-19 could force a change so the teams are evened up for the contest at Happy Valley on December 9.

The Jockey Club has secured commitments from a handful of top riders – including Marquand and Doyle – but the evolution of the pandemic and the positive test of Christophe Soumillon at the Breeders’ Cup has altered the landscape.

Not only was the talented Belgian locked in for the IJC and Longines Hong Kong International Races, he had also planned on extending his stint beyond that, but it is highly unlikely he will be able to come after contracting the virus.

Given the complications when dealing with different countries – they all have their own infection rates and quarantine requirements – it is a challenge to find replacements.

For example, if an Australian jockey wanted to take part in the IJC and HKIR, they would have to spend Christmas stuck in a hotel with that nation enforcing a two-week mandatory quarantine period for anyone returning from abroad.

Kerrin McEvoy would be a prime candidate for both events, including the prized Hong Kong Sprint ride on Everest winner Classique Legend (川河達駒), but much depends on whether he can persuade Australian authorities to relax quarantine arrangements on his return.

The Jockey Club has done all that it can from this end, securing a deal with the Hong Kong government to create a “racing bubble”, which means all visiting jockeys, trainers and stable staff will have permission to leave their designated quarantine hotels to carry out essential trackwork business at Sha Tin while clearly separated from the general population.

The government requirements means names have to be provided well ahead of time and decisions have to be made more quickly than usual.

The Jockey Club had hoped to announce the competitors last week, but with all the moving parts – any changes have to be approved by the racing committee – the final list is now expected to come next Monday.

But the positive is that star riders Marquand and Doyle – who won four of the six races on British Champions Day between them – will take part.

“We’ve got a Hong Kong trip for the international jockeys’ meeting – both Hollie and I – which is absolutely fantastic,” Marquand confirmed over the weekend when asked about his winter plans.

Both the eight-four and six-six options are still on the table but the latter is certainly under consideration given the circumstances.

If that comes to fruition, it opens up two opportunities for Hong Kong-based jockeys to compete in the marquee event.

The top four in the championship are as good as locked in – Joao Moreira, Zac Purton, Karis Teetan and Vincent Ho Chak-yiu – with talented Frenchman Alexis Badel the next cab off the rank in fifth place.

Apprentice Jerry Chau Chun-lok is not eligible to take part, so the race for the sixth position would be a hot one. 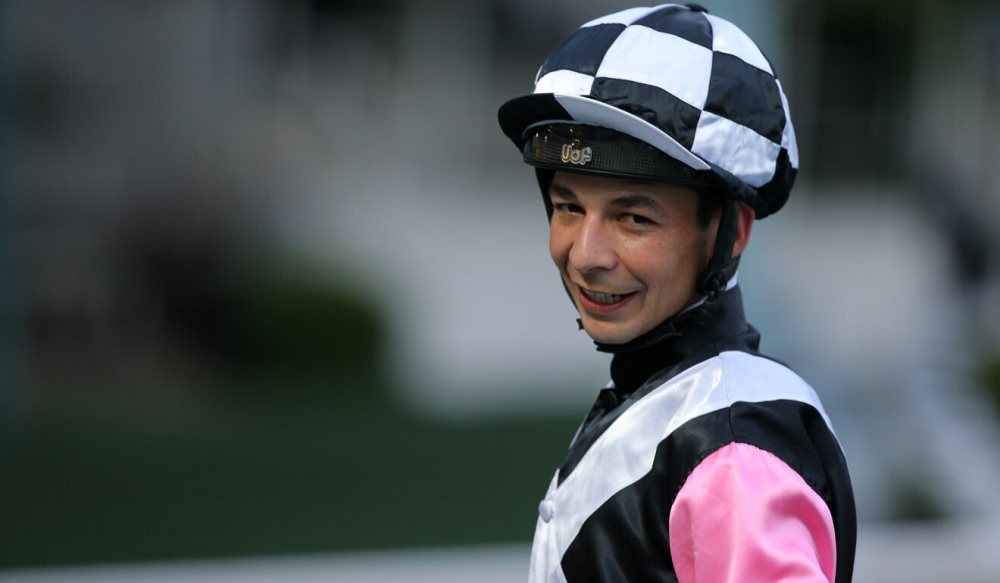 Brazilian Vagner Borges (10 wins) holds the edge at the moment, just ahead of Chad Schofield (9.5 wins), who is currently sidelined with a finger injury. Matthew Chadwick (nine) and Derek Leung Ka-chun (eight) are nipping at their heels.

The win tallies after the meeting on Wednesday, November 25 will decide the Hong Kong competitors.