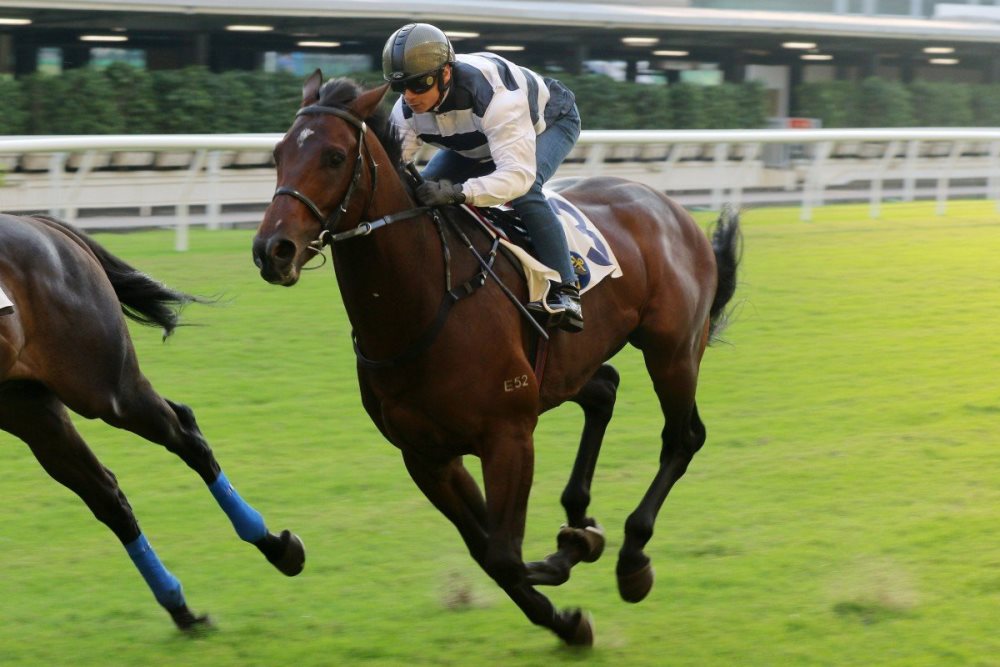 He’s made it to the last two Hong Kong Derbies with South American imports and now popular owner Yue Yun-hing is looking to the repeat the dose with Panfield (勇戰神駒).

But while Harmony Victory (協霸神駒), who was eighth in the 2019 Derby, and Butterfield (勇猛神駒) (sixth this year) started their careers in Brazil before joining Danny Shum Chap-shing, the Tony Millard-trained Panfield’s (勇戰神駒) Hong Kong debut follows three consecutive Chilean Group One victories.

The four-year-old colt lines up in the Class Two Cheung Hong Handicap (1,650m) at Happy Valley on Wednesday night after winning the most recent of his three Hong Kong trials. 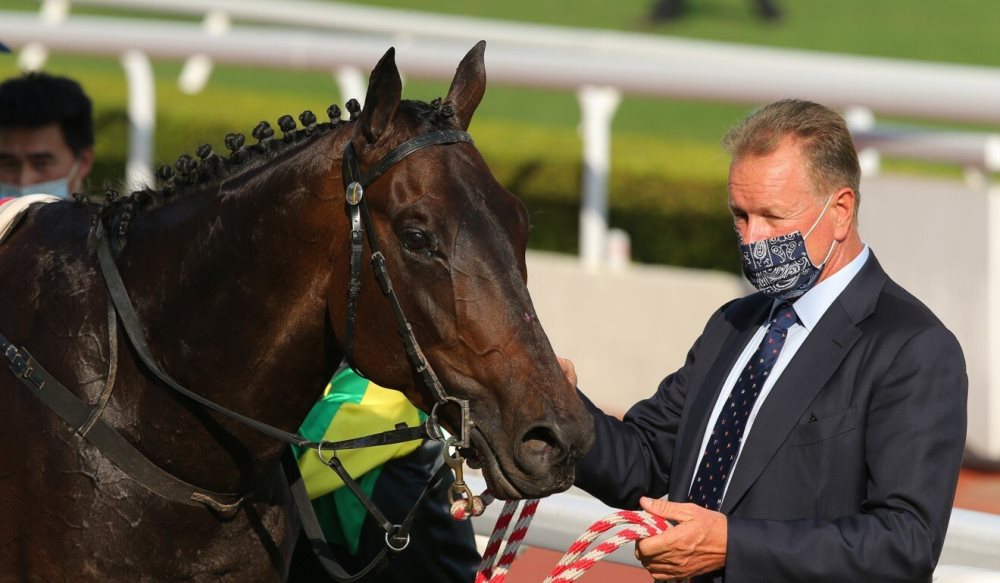 Trainer Tony Millard after a winner this season.

“His trials have been OK but he’s been off for a very long time because he had to go via America to get here.

Panfield (勇戰神駒), who hasn’t raced since winning over 2,400m on November 1 last year, and the Shum-trained Hongkong Great (超霸神駒) are the only two Chilean horses in Hong Kong. 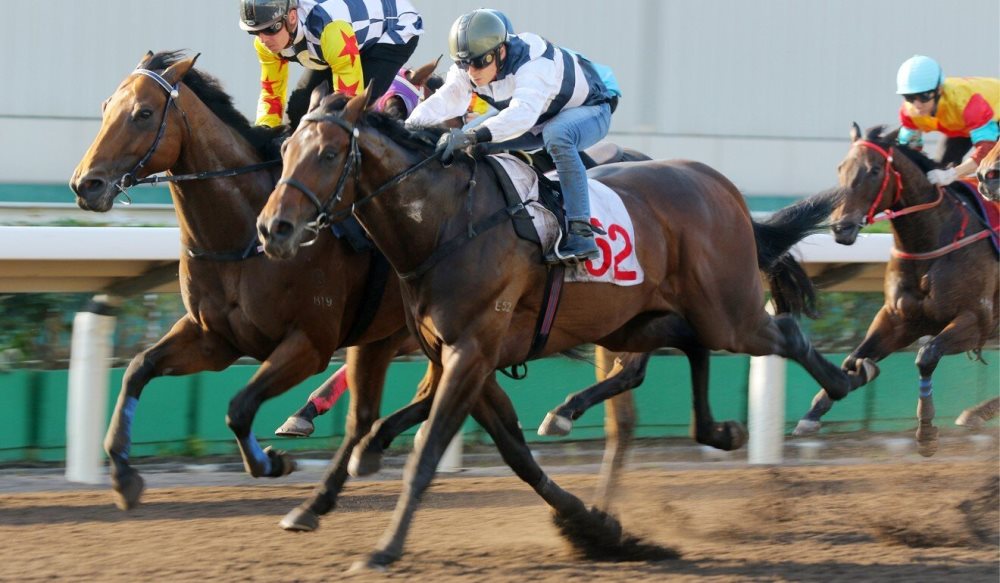 Hongkong Great (超霸神駒) – who has raced four times in Class Three for a best finish of fourth – also snared three Group One wins in his homeland but was more exposed pre-import, racing 11 times compared to Panfield’s (勇戰神駒) five.

It is the first time Millard has worked with a horse from Chile and the veteran trainer is looking forward to seeing how Panfield (勇戰神駒), who previously raced as Look Pen, stacks up in Hong Kong.

“Even when I trained in South Africa I don’t think I had a Chilean horse. He’s a very big horse and I just hope that he suits Hong Kong,” said Millard, who has two Hong Kong Derby wins on his resume thanks to Keen Winner (勝利名駒) (2000) and Ambitious Dragon (雄心威龍) (2011).

Panfield (勇戰神駒) has drawn gate six in the 11-horse field and will be partnered by Alexis Badel, who has been in the saddle for all of the galloper’s trials. 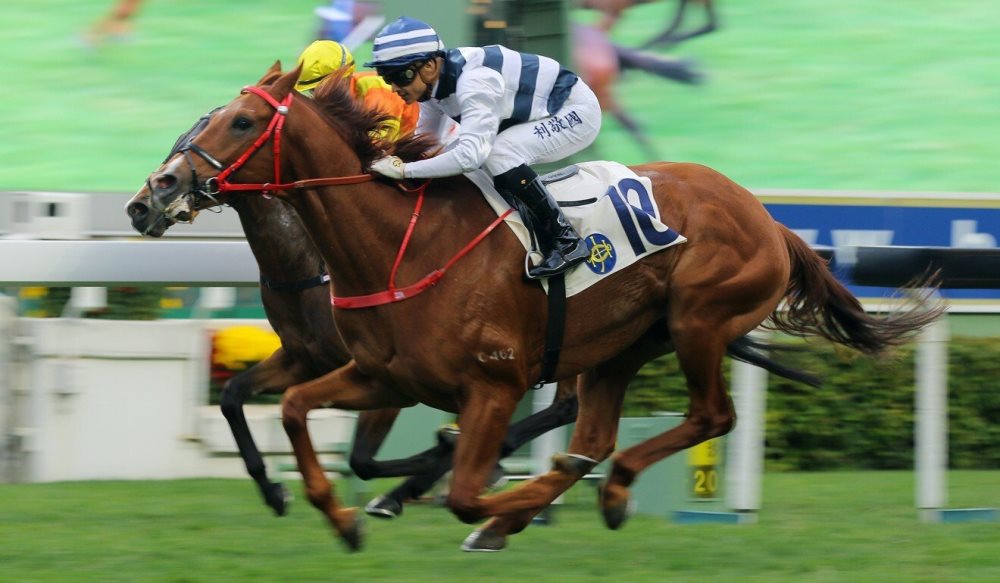 “He’s a nice horse, he’s got great ability and I think he’s pretty fit for this race so I don’t see any reason he can’t run a good race,” the French jockey said.

“So far he has done everything right so I’m looking forward to seeing how he goes on race day. Happy Valley on debut in a Class Two is never easy but the horse is pretty fit so I expect him to run a good race.”

A stroke of luck sees Panfield (勇戰神駒) lining up against ownermate Butterfield (勇猛神駒) at the city circuit, with the latter carrying the top weight of 133 pounds from the outside gate under Zac Purton.

The five-year-old has had a number of near misses since his Derby run, finishing with a length of the winner on four occasions for three seconds and a fourth.

The gelding steps back in grade and trip after running ninth in the Group Three Sa Sa Ladies’ Purse (1,800m) earlier this month, with Purton jumping aboard for the first time.