Danon Smash (野田重擊) followed in the footsteps of his sire Lord Kanaloa (龍王) with a thrilling victory for Japan in the 2020 G1 LONGINES Hong Kong Sprint (1200m), their third in the HK$22 million contest’s 21-year history.

Lord Kanaloa (龍王) landed Sha Tin’s premier dash twice in 2012 and 2013, and was also trained by Yasuda, and today Danon Smash (野田重擊) joined the honour roll with a gritty success under Ryan Moore, who one race prior, secured the G1 LONGINES Hong Kong Vase (2400m) aboard Mogul (業界巨頭).

“We got lucky – he stepped very well and we managed to slot into a lovely spot, I was always happy and when the pace steadied around the bend, I was able to just move out and keep moving forward and he got there in plenty of time,” Moore said.

The Lord Kanaloa (龍王) five-year-old broke cleanly from the widest gate of 14 to sit midfield under Moore, who peeled out at the 300m mark to grind his way to a half-length victory in a time of 1m 8.45s, staving off the fast-finishing Jolly Banner (旌暉) in second, while Rattan (大籐王) rattled into third.

“He was very tough and very honest – he was a pleasure to ride and he’d shown very good form at times in Japan’s best sprints and at seven furlongs as well he’s won some of the best races at Group 2 level and he deserved to win his Group 1,” Moore said. 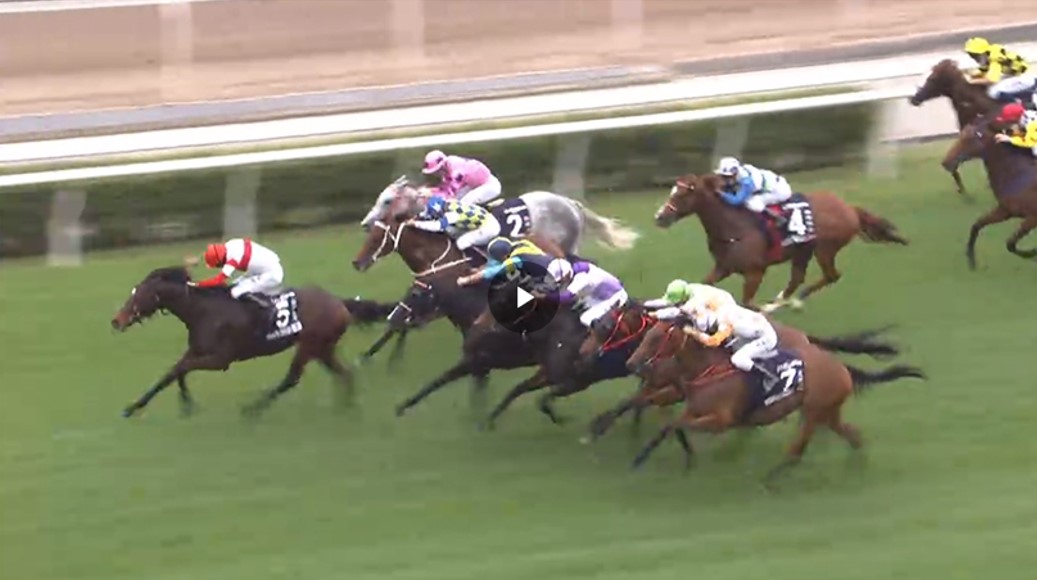 Danon Smash (野田重擊) staves off a wall of challengers to win the Sprint.

The speedy bay has finished third and second in the last two editions of the G1 Sprinters Stakes (1200m) at Nakayama, and is a four-time G3 winner and two-time G2 victor.

“I’m delighted and just thankful for being asked to ride him and I also need to thank the owners Danox and Mr Yasuda certainly knows how to prepare a sprinter for a Hong Kong Sprint,” the British ace said.

The 114-rater landed the 10th win of his career today, and followed last start’s runner-up effort to Gran Alegria with a triumph today, his first at the top-level after eight attempts.

Today’s pair of wins takes Moore’s tally to seven at the Hong Kong International Races, the most any international-based rider in history.

“I think when he got the draw we were all possibly a bit worried and we needed to see what happens and thankfully everything worked his way and we just had a bit of luck and everything worked out nicely,” Moore said. 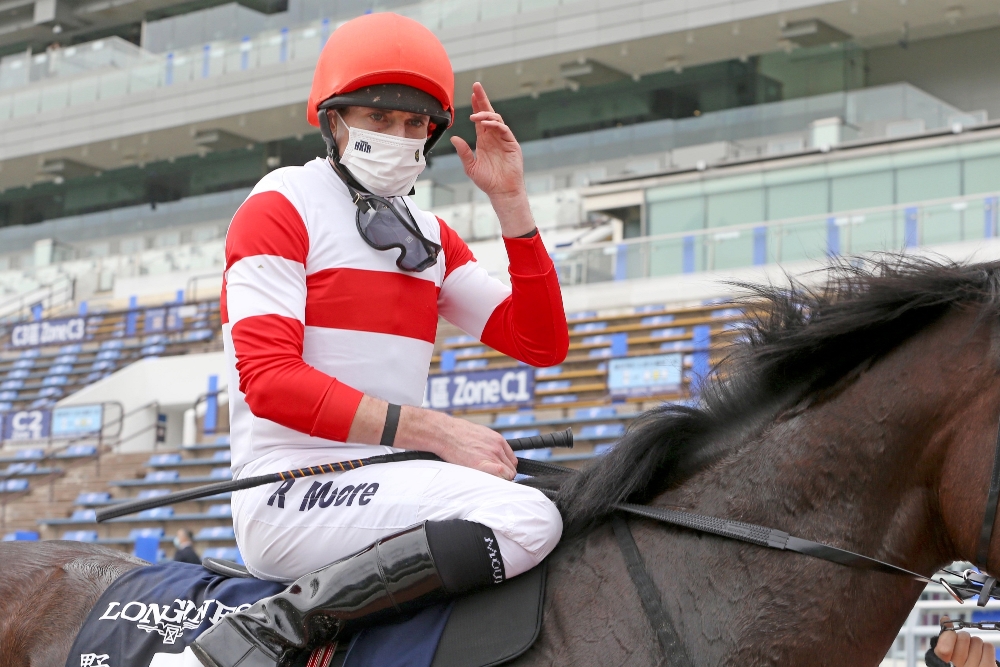 Classique Legend (川河達駒) battled on for 11th, while favourite Hot King Prawn (旺蝦王) was overhauled and faded to finish seventh as the dominant 2.1 market elect.

While Hong Kong’s current sprinting ranks were on show in the HK$22 million contest, the future was on show four races later as Winning Dreamer (夢想成金) extended his unbeaten record to a perfect six with victory in the aptly named Class 2 Lord Kanaloa Handicap (1200m).

The speedster charged to a comfortable one-length victory, while Sky Field (顯心星) could only manage sixth.

“I’m thinking the first of January, there is a 1400 metre race at G3 level to see if we can know more whether he can step up to 1600 metres,” trainer Frankie Lor said.

The G3 Chinese Club Challenge Cup Handicap (1400m) on 1 January, 2021 will see Winning Dreamer (夢想成金) put his Hong Kong Classic Mile credentials on the line, or, if the son of Deep Field will keep to the sprint distances.