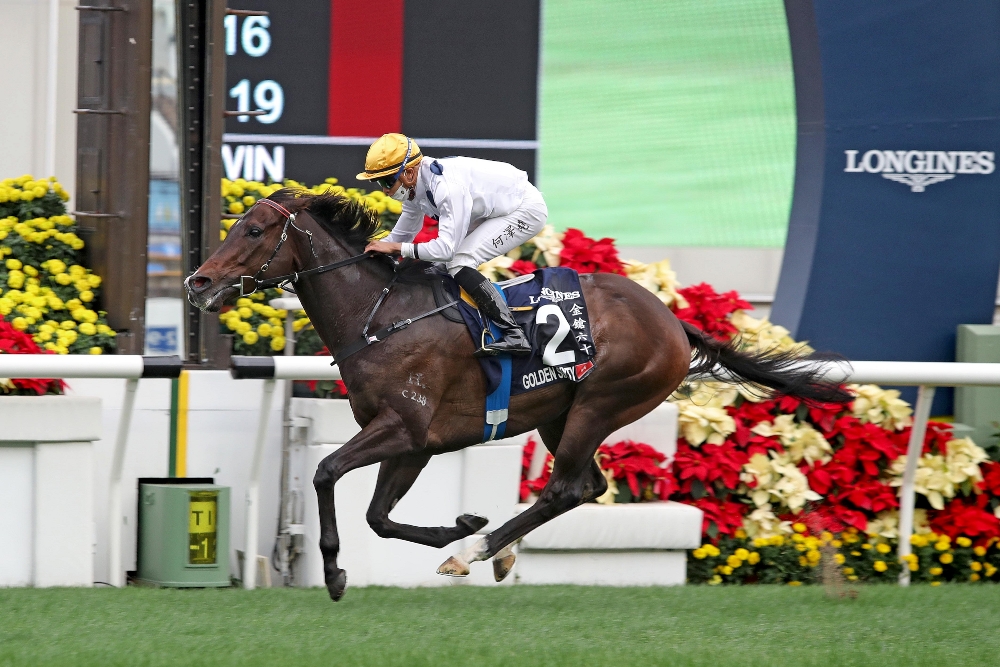 They came, they saw, they tried to blunt his dash, but they failed to conquer Golden Sixty (金鎗六十): Hong Kong’s burgeoning hometown hero dismantled his international rivals in the HK$25 million G1 LONGINES Hong Kong Mile at Sha Tin with an exquisite performance.

“He’s amazing, isn’t he?” jockey Vincent Ho said, moments after the brilliant five-year-old unleashed an unanswerable burst of speed that carried him to a dazzling two-length victory.

For Ho and trainer Francis Lui, Golden Sixty’s (金鎗六十) success is a first at the LONGINES Hong Kong International Races.

Lui was delighted and relieved to see his standout galloper seal a 14th win from 15 starts, and surpass the great Beauty Generation’s (美麗傳承) 10 wins in a row with his 11th-straight triumph – in Hong Kong, only the near-immortal Silent Witness (精英大師) has won more races on the bounce.

“I can have a good sleep tonight!” Lui declared. “I’m very happy – at the moment, I don’t know what to say, (my heart) is still pumping. As a jockey, as a trainer, as an owner, you’re dreaming of this.

“I was worried about the horses from Japan and Ireland but now, after this race, he has shown me that he’s a champion.”

Lui’s pre-race concerns were natural with Japan’s 2019 victor Admire Mars (頌讚火星) in the line-up along with last-start G1 Breeders’ Cup Mile winner Order Of Australia, from Ireland’s powerful Aidan O’Brien stable. But his anxiety proved needless, the invaders were no match for last season’s BMW Hong Kong Derby (2000m) winner, who races in the silks of Stanley Chan Ka-leung. 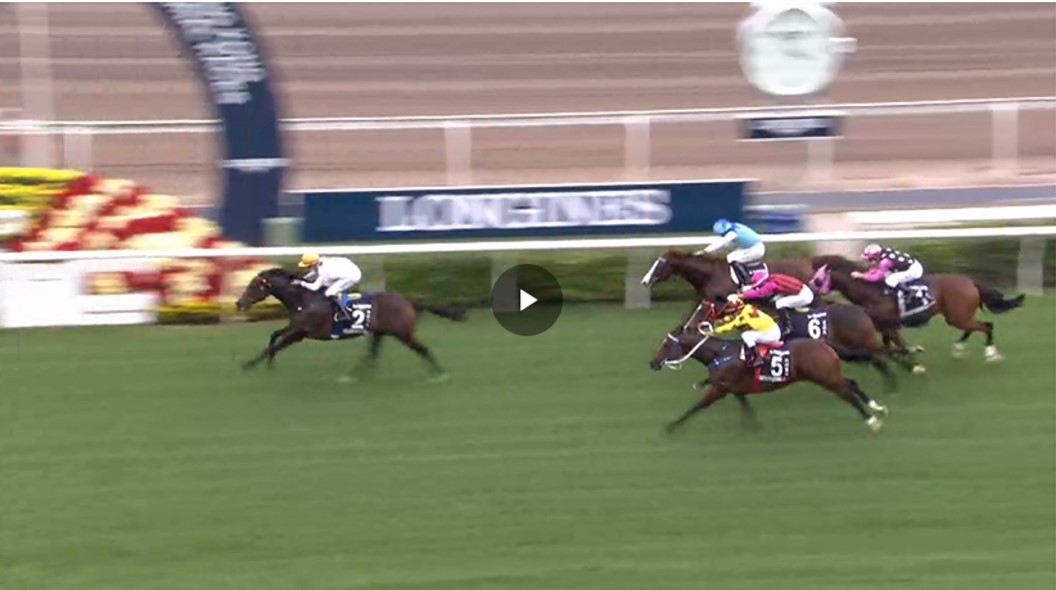 With speed enough to have posted eight wins at 1200m and 1400m, and the fortitude to last the local Derby’s 10 furlongs, the Medaglia d’Oro gelding seems to have it all.

When the gates crashed back, Ho exhibited apposite confidence on the 1.3 favourite, allowing his mount to settle third-last – seven lengths off the lead – while Ryan Moore pressed Admire Mars (頌讚火星) forward to stalk outside the front-running Ka Ying Star (嘉應之星).

“They went a little bit hard early and I was quite far back, so I just let him slide through from the 600 (metres) and it only took him a few strides to almost get to them. I tried to save him until I let him down and when I asked for him, he did it really well, he gave me a really big effort,” Ho said with typically deadpan understatement. 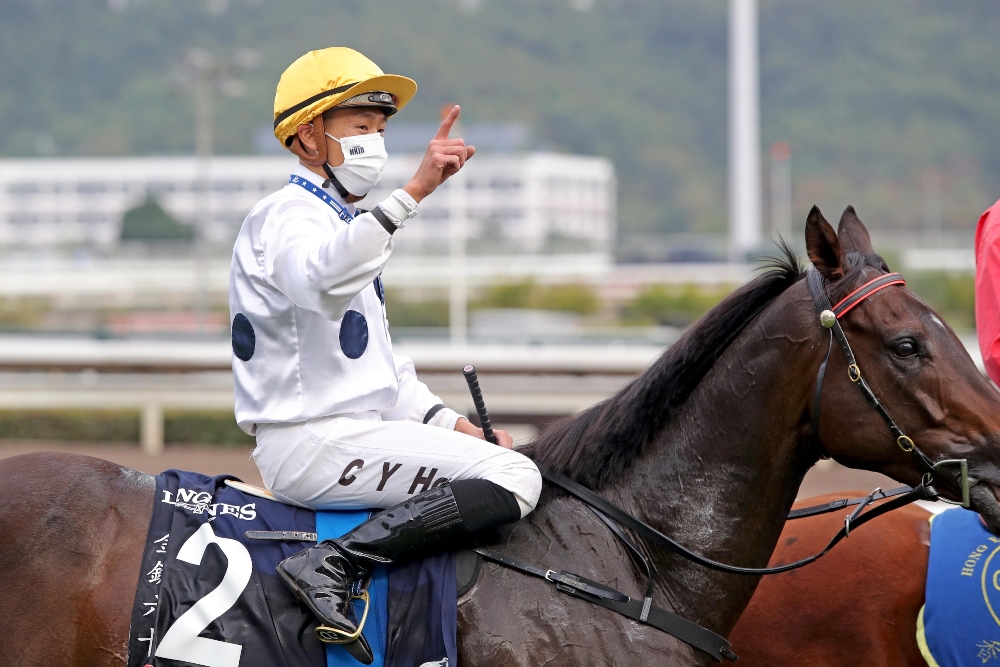 Golden Sixty (金鎗六十) cruised around the field turning for home; the Australian-bred bounded rapidly through his gears and when he hit top speed, his stride was a blur of quickening power.

“When I hit the top of the straight, I knew,” Ho said. “I was just cruising and I didn’t think anyone could beat him in that sort of sprint.

“He’s a horse that really wants to compete, he’s the best horse in Hong Kong at the moment. Today is all about him.”

Connections announced shortly after the race that eight-year-old Beauty Generation (美麗傳承) will race no more. Hong Kong’s highest-rated galloper of all time – rated the equal of another great miler, Able Friend (步步友) – bowed out with a meritorious fifth place and a Hong Kong career tally of 18 wins from 34 starts, as well as the local all-time record prize money haul of HK$106,233,750.

At his peak, Beauty Generation (美麗傳承) was an incredible force around Sha Tin, claiming two editions of the LONGINES Hong Kong Mile among his eight G1 wins for trainer John Moore – his last three races came under the care of trainer David Hayes.

“I knew it may be on the table,” said Zac Purton, who rode the Kwok family’s champion 28 times.

“It’s a bitter-sweet day. It’s a sad end. He’s been the best horse for me in my career. I’m certainly going to miss him. He was brave again today and wherever he may go in the world, I’m sure I’ll go and visit him in his paddock one day.” 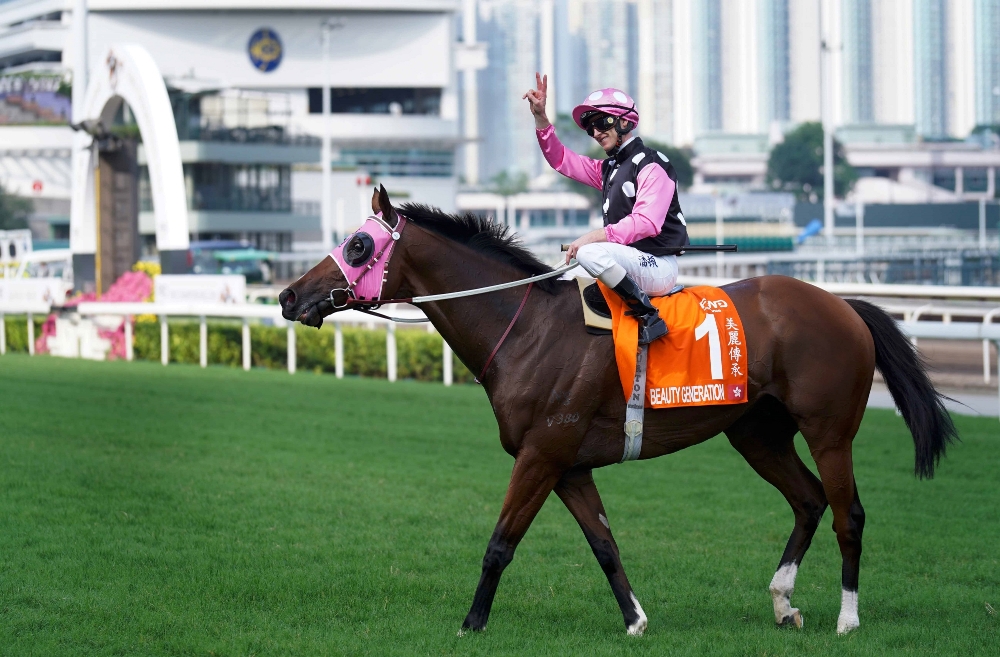 Beauty Generation (美麗傳承)  was high-class in Australia before scaling Hong Kong’s heights but never ventured away from Sha Tin to test his mettle as a champion overseas. Lui said when pressed that the Golden Sixty (金鎗六十) team will consider off-shore options in the future but not while the world remains in its pandemic-induced turmoil.

“Not this season,” he said. “Because of the virus, we’ll keep him in Hong Kong this season.”

Golden Sixty (金鎗六十) delivered just that, and with it, the promise that Hong Kong has unearthed yet another athlete to rank among the world’s best.