He’s won aboard both of them and Joao Moreira says he can’t separate leading four-year-old series hopefuls Excellent Proposal (勁搏) and Enrich Delight (喜豐寶) ahead of their final tune-up for the Classic Mile.

Moreira partners Excellent Proposal (勁搏) in the Class Two Choi Hung Handicap (1,400m) at Sha Tin on Sunday after booting him to three consecutive victories earlier this season, while Enrich Delight (喜豐寶) – who the Brazilian saluted aboard in his Hong Kong debut – will be ridden by Christophe Soumillon.

“At the moment I can’t split them. There are some very nice promising horses out there and Enrich Delight (喜豐寶) is one of them,” Moreira said.

“We need to see how Excellent Proposal (勁搏) goes first and then we can probably say a little bit more about who is really better.”

Moreira had hoped to stick with both horses right up until the Classic Mile on January 24 but his plans were scuppered after Caspar Fownes was forced to re-route Enrich Delight (喜豐寶), who was scratched from an intended run last month. 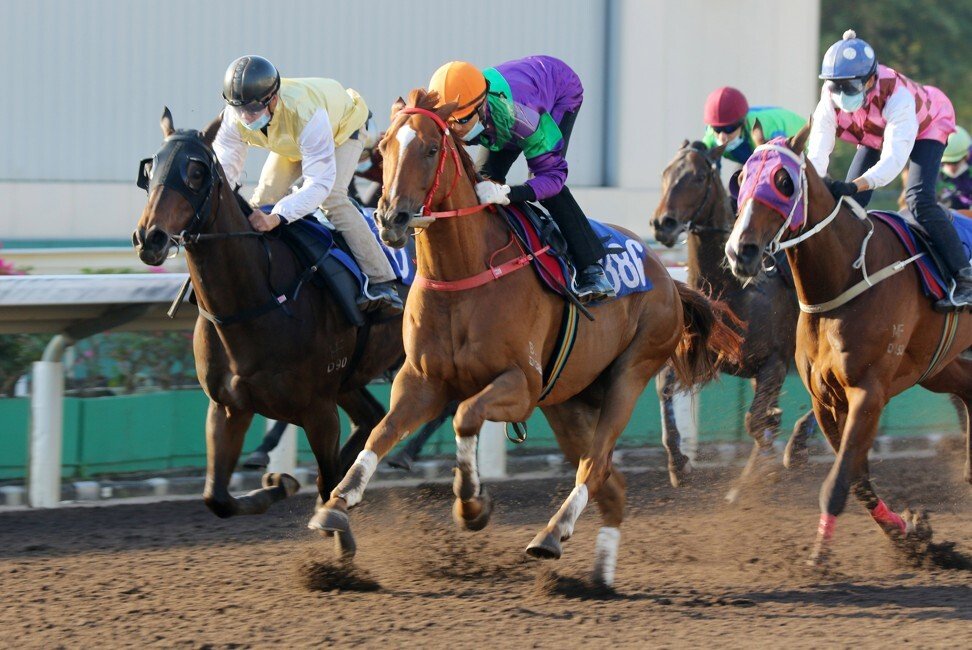 The John Size-trained Excellent Proposal (勁搏) returns from a three-month freshen-up on Sunday and steps back in trip after saluting at 1,800m last time out.

He produced two nice trial efforts in December and Moreira is confident he’s ready to pick up where he left off in October.

“His barrier trials have been good enough for me to go to the races with confidence. I wouldn’t be surprised if he wins, he is a very good horse,” he said.

“He hasn’t had any problems, John just decided to give him a break and freshen him up for the four-year-old series.”

Enrich Delight (喜豐寶), who raced as Chenier in Australia, was found to be lame ahead of what was to be his second start but Fownes says it is now all systems go as the gelding looks to make it two from two in Hong Kong.

“He’s very well, he’s ready to be competitive. He’s had a little break up in Conghua, I gave him a soft trial there last week and he’s arrived here in good condition,” Fownes said. “From a very good draw I think he’s got a good chance to show something.”

Moreira will also look to keep winning aboard another four-year-old on Sunday, with Sight Success (好眼光) hoping to build on an impressive debut victory in the Class Three Diamond Hill Handicap (1,200m).

The gelding was hit with an 11-point ratings hike for his emphatic win from gate 14 last month but has drawn barrier two as he steps up in grade.

“It seems like he was born for the job,” Moreira said. “He was indicating to me in his barrier trials that he would make it first-up, he was winning easily and doing it so comfortably. The way he did it last time, he is a horse that gives you confidence going up in class.”