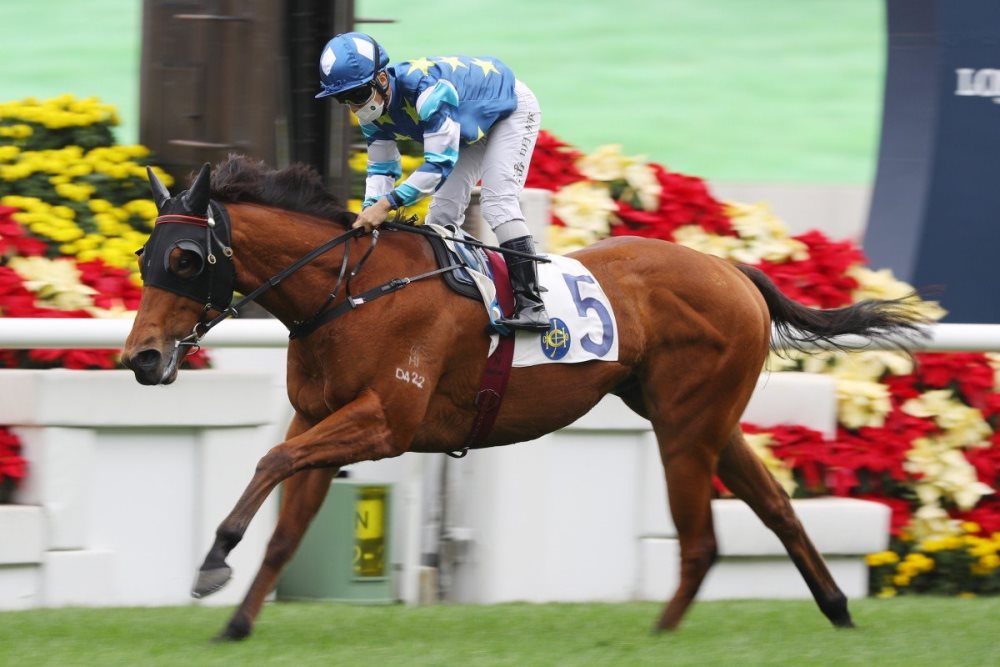 The 27-year-old concedes he does not know if he is riding the four-year-old in the HK$12 million feature, but is subscribing to the theory that no news is good news going forward.

Poon piloted the Australian import to fourth in the Classic Mile a week ago, which left him as one of the leading four-year-olds heading towards the Derby in March. 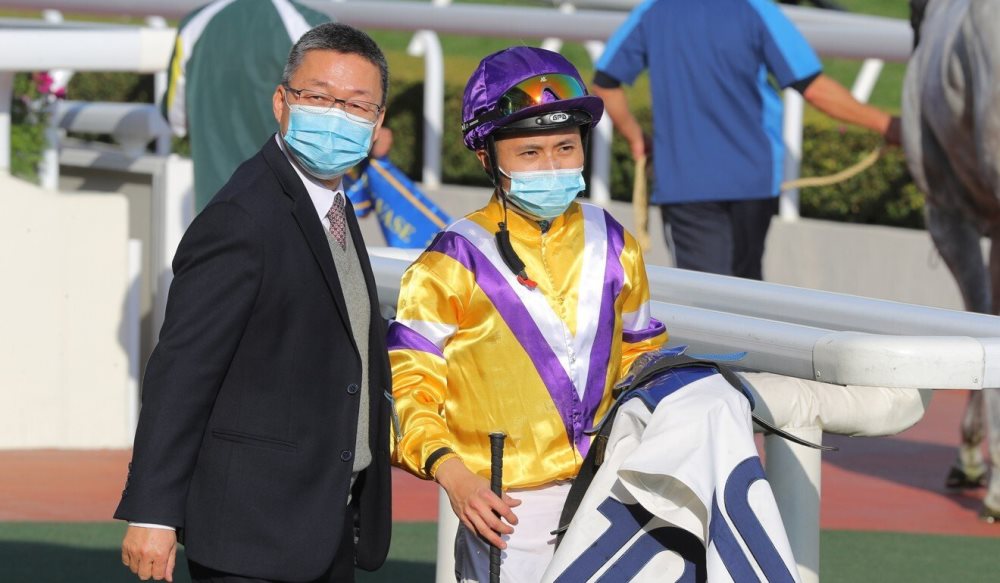 Now with three Group-level wins under his belt, Poon feels he can be utilised more in big races and there is no better time to be striking form with fly-in jockeys all but ruled out for major races due to strict Covid-19 restrictions.

Poon has declared he wants to ride keep the ride on Glorious Dragon (龍鼓飛揚) with the hope of heading to the Group One Gold Cup (2,000m) on February 21 – the same day as the Classic Cup.

“I was very happy to get on him so now the goal is to stay on him. I hope going forward I can keep riding these types of horses, it is what I have been working towards,” he said.

“It is big for Francis to support me, it has been really important because this season he has given me lots of nice rides.”

After riding Lucky Patch (錶之未來) to victory on debut in November, Poon was set to be replaced but had luck go his way when Christophe Soumillon was forced out after a Covid-19 testing irregularity.

Poon went on to win again aboard the son of El Roca and has remained in the saddle ever since.

“I think I am staying on at this stage, they haven’t decided yet but I want to be on him,” he said. “He always has a chance to finish close to them, we will see what happens.”

Poon will ride Mission Smart (妙算騰飛), Superbella (西利哥), Larson (辣臣), Triple Triple (三生好運) and The Runner for Lor, who is tied third in the trainers’ championship.

“I have a lot of rides for Frankie, I almost have all of his rides for the night,” he said. “They were joking saying I was the stable jockey so hopefully we can get a result. 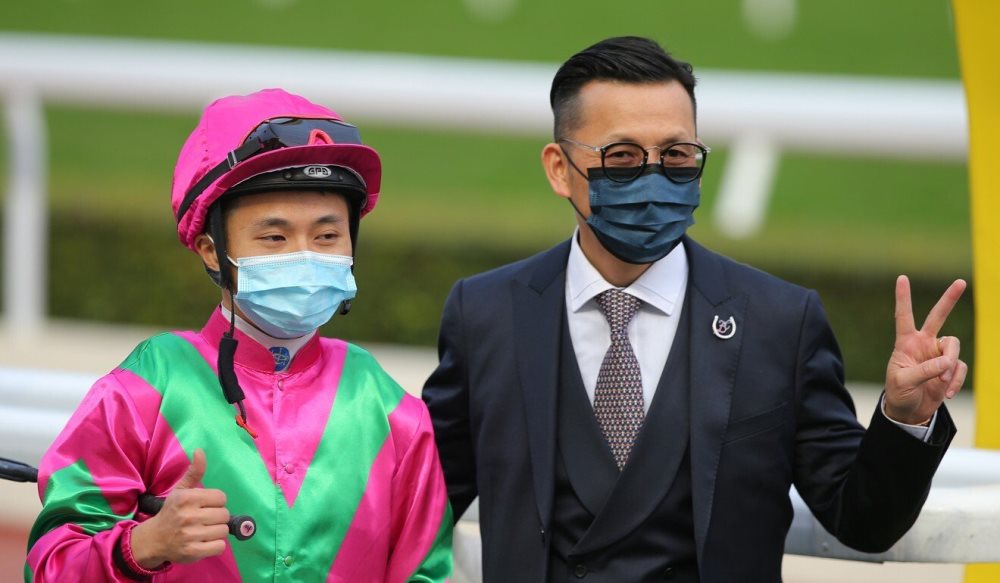 Matthew Poon and Frankie Lor celebrate a victory together this season.

“Before entries I only had one or two but then the entries came out and he kept asking me and I kept saying OK, I was easy to book for the night.

“I am very lucky to ride for both Frankie and Francis, they are going really well and they are very consistent, which helps me a lot.”

Triple Triple (三生好運) returns in the Class Three Lai Chi Kok Handicap (1,200m), where he is looking to go one better than his four consecutive minor placings, two of which came under Poon.

The six-year-old rarely runs a bad race but has only won once from his 15 starts to date.

He is every chance to salute on Wednesday night, having drawn barrier one while a host of other chances have drawn off the track.