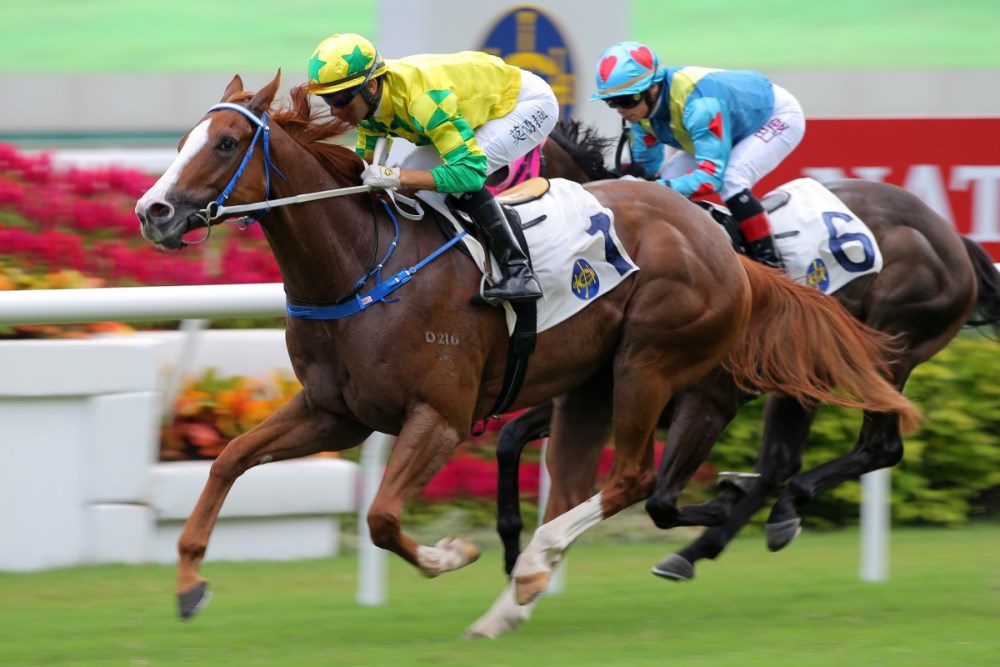 After aborting a Classic Mile push and then watching his exciting sprinter battle home for sixth at his favoured 1,200m, Caspar Fownes has hit the reset button on Sky Field (顯心星) and is itching to see the four-year-old back at the races.

Two months since he was last seen when finishing midfield on international day, Sky Field (顯心星) returns in the Class Two Fat Choi Handicap (1,200m) at Sha Tin on Sunday.

“He’s had a freshen-up and it’s nice to bring him back,” Fownes said of his 91-rated galloper. “We’ll just see how he pulls up and hopefully we can push on into triple figures with him.”

Sky Field (顯心星) will have to overcome barrier 11 and a couple of smart opponents in John Size’s undefeated four-year-old Sight Success (好眼光) and the Richard Gibson-trained Wellington (福逸), but Fownes hopes his charge will be given every chance to show his customary finishing burst.

“He’s a quality horse, the key is to have him relaxed – I think the more relaxed you ride him in a race, the better kick he will give you,” he said.

“Obviously you’ve got John Size’s horse who looks to be anything but I think my guy is very close to where we want him to be.”

Christophe Soumillon replaces the suspended Joao Moreira on Sky Field (顯心星), one of the three rides the Belgian has for Fownes on the final day of his short-term contract.

Soumillon also climbs aboard debutant Who Loves The Ace (小武士) for the championship-leading trainer, as well as The Crown (星運男爵) in the Class Three Great Profits Handicap (1,400m).

Rated 83, The Crown (星運男爵) races in Class Three by virtue of an extended 85-60 ratings band for what will be the New Zealand import’s third Hong Kong start.

Soumillon has another job on his hands after being hit with gate 13 – one of six double-figure gates the barrier gods have packaged up for him as a farewell present. 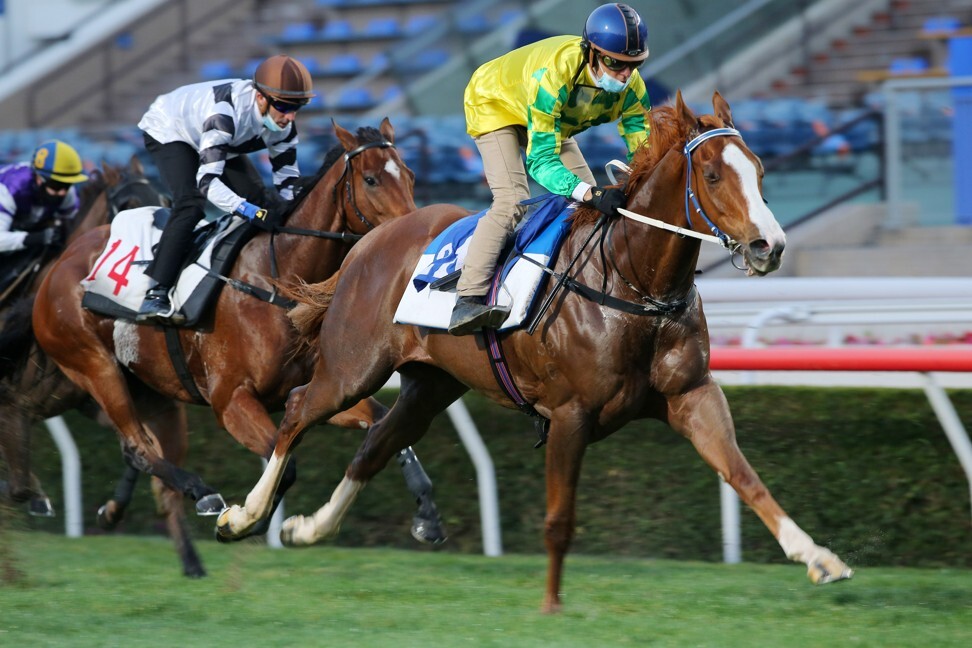 “I’m looking forward to seeing The Crown (星運男爵) come back to the races for his third start. His first run was outstanding, his second run was a bit flat but he only got beaten three lengths,” Fownes said.

“Christophe rides him and he’s carrying a big weight, but he’ll appreciate the drop in class I’d say and he could show something coming off a decent trial,” Fownes added, before admitting “it’s a shame” to see Soumillon leaving after they struck up a partnership in recent months.

Also among Fownes’ six runners on Sunday is another first-starter in Formula Excel (尚方寶駒), although he was forced withdraw smart youngster Master Fay (楚霸王).

“He just got a little knock on his tendon which I wasn’t happy about so I had it scanned, luckily there’s no hole there but we’ve got it early so we’ve pulled him out and we’ll just give him a quiet five or six weeks,” Fownes said of the three-year-old son of Deep Field, who posted an impressive two-and-a-half-length debut win as the $1.60 favourite.