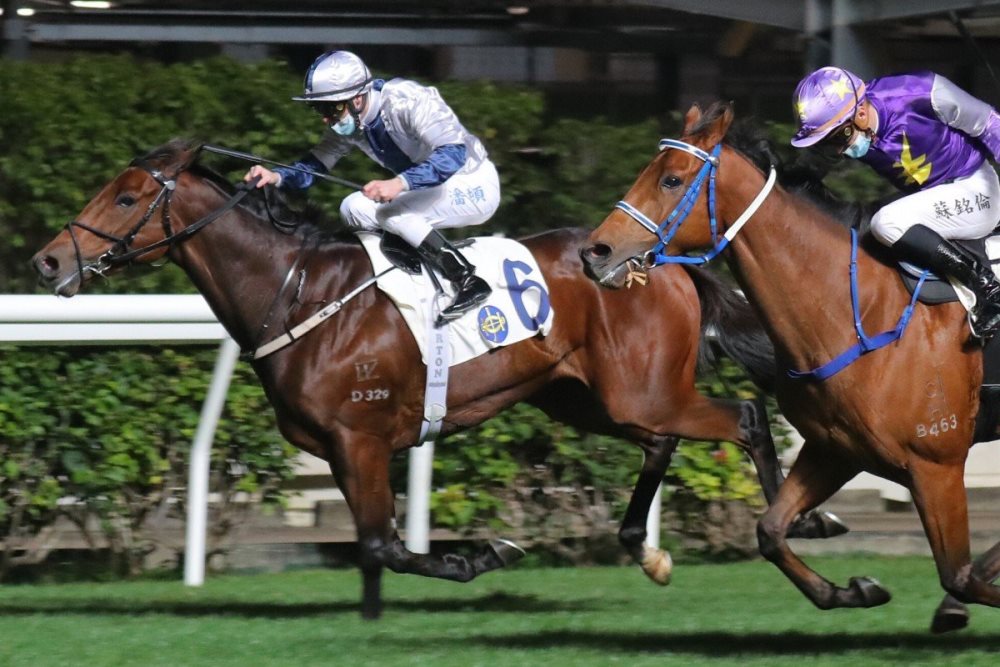 Zac Purton labelled it a “waste of a good ride” and trainer David Hall is unsure what caused Maldives (馬爾代夫) to shy in the dying stages of his last start.

Looking every bit the winner after storming to the lead 200m from home at Happy Valley, the four-year-old shifted out abruptly at the 130m mark to fall back into third and hand the race to King Dragon (勁力威龍).

“It was very disappointing to have him throw that race away like he did, especially after the ride I gave him. It was a waste of a good ride,” Purton said.

“Obviously it was one that got away, he clearly had that race in the bag. What it was that he spotted I don’t know, he did it to a minor extent the start before.”

While disappointed to see a potential winner evaporate before his eyes, Purton admitted that was the least of his worries for a split second.

“For one moment there I thought I was off so it did make me freeze and grab hold for a stride. It’s not a nice feeling but thankfully for me even though he did shift and shift quick, he stopped and then came back under me slightly.

“He put me back in the saddle – if he had have gone another half a horse to a horse I certainly would have been on the turf.”

Maldives (馬爾代夫) gets the chance to make amends for his mishap in Wednesday night’s Class Four Tsun Yip Handicap (1,650m) and Hall hopes a gear change can keep the in-form galloper travelling in a straight line.

“He’s going to have the cheek pieces on so hopefully that’s enough to keep him a bit more focused,” he said.

“We don’t really know why it happened – whether he spotted something on the track or whether there was a bit of movement from some people standing inside. 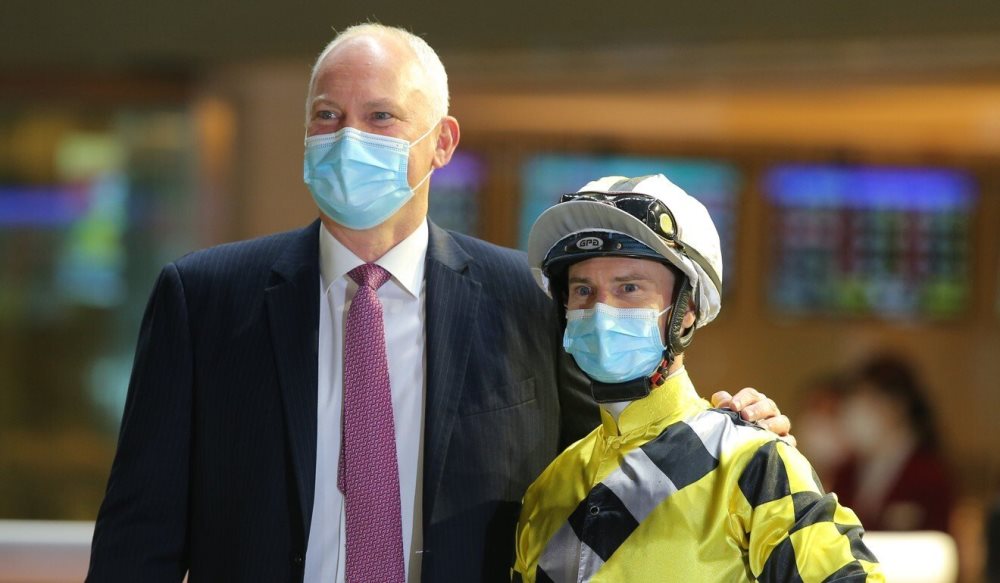 “I probably could have thought about taking him away from the Valley and bringing him back to Sha Tin but he’s been running well there all season.”

The gelding has been in solid form over the extended Valley mile in recent months, finishing a close third during the International Jockeys’ Championship in December before winning in January and costing himself the chance of back-to-back successes a fortnight ago.

“He’s always been a tricky horse in his races and in the mornings he’s a little bit funny – he’s got a bit going on between his ears,” Purton said of Maldives, who has drawn gate two for Wednesday night’s contest.

Maldives (馬爾代夫) is one of two rides Purton has for Hall at the midweek meeting, also climbing aboard the in-form Plikclone (霹靂狂龍) for his first Happy Valley run of the season.

After consecutive Class Five wins at Sha Tin, the five-year-old ran second up in grade when last seen in December and Hall hopes he’s got something left in the tank.

“He’s running well, he got his couple of wins in Class Five and I think he’s good enough to get a win when it falls right for him [in Class Four],” he said.

“There’s probably not too much left in him but he’s had a break between runs and if he got the breaks right he’s still got something there I think.”