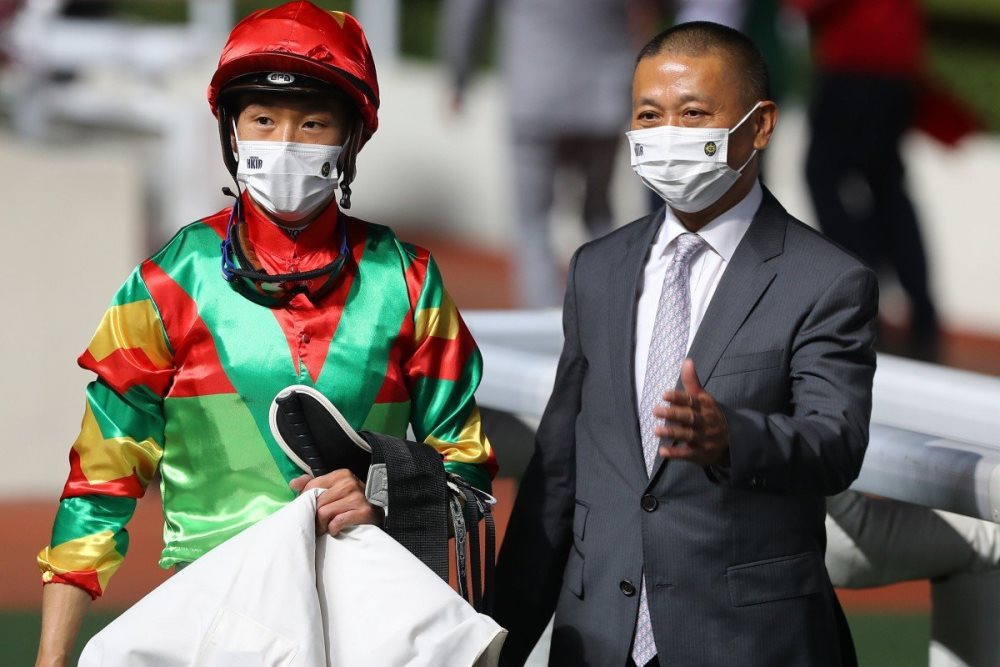 Derby-winning jockey Vincent Ho Chak-yiu and Alexis Badel have switched Classic Cup rides for Sunday with connections of Tourbillon Diamond (飛輪閃耀) punting the Frenchman after he failed to finish in the top two in the Classic Mile.

Trainer Danny Shum Chap-shing revealed owners of the four-year-old opted for Ho this time around after he won on the horse in its second Hong Kong start.

With Ho unseating Badel for the ride, rival trainer Frankie Lor Fu-chuen was quick to snap up the services of the 31-year-old for Healthy Happy (健康愉快). 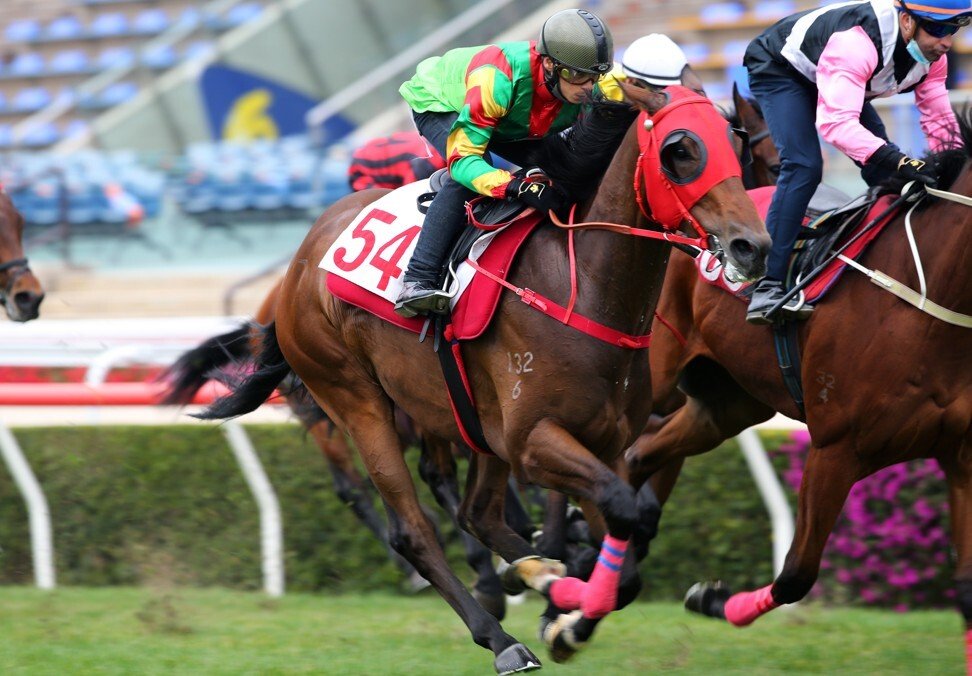 “There is a story behind the jockey change,” Shum laughed. “Vincent Ho won on him and then he promised to ride another horse [Winning Dreamer (夢想成金)] that unfortunately for him [did not make it to the Classic Mile].

“So Vincent couldn’t ride him last time and we went to Alexis Badel and the owner said if he can run in the first two [in the Classic Mile] he can keep the ride but if he misses the first two he will give it back to Vincent. He ran third.”

The unfashionably bred son of Olympic Glory, formerly trained in Australia as Eric The Eel, has been the surprise packet of the four-year-old crop this season, jumping out of the ground upon his arrival in Hong Kong.

Shum has history with the family – he trained his half-brother Perfect Match (最合拍) to eight victories in a short career before he was tragically euthanised after a trackwork incident ahead of his maiden Group One appearance in December.

While the handler expects him to put his best foot forward on Sunday, he believes his best is yet to come when he steps up to 2,000m for the Derby.

“He is doing very well in Hong Kong, the most important thing for us is that he is happy and he is sound,” he said.

“I can’t say he is at 100 per cent just yet, I don’t want to push him at this early stage because we want him racing well in the Derby. We have got a good draw so I think he will still run a good race.

“Everyone in Australia thought he needed a soft track and lots of distance, then he came here and raced over 1,400m on a hard track and almost won. 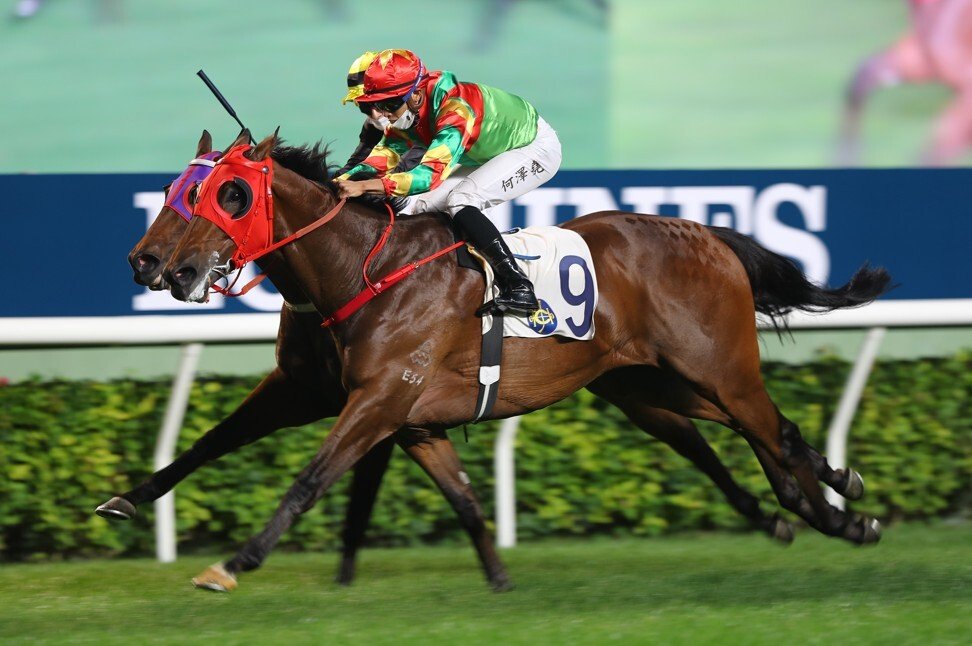 Tourbillon Diamond (飛輪閃耀) strides out to win in December under Vincent Ho.

“This horse, when he first got here didn’t have much colour, he was very dour but then he changed.”

Tourbillon Diamond (飛輪閃耀) is likely to be one of the top horses in betting after rattling home behind Excellent Proposal and Lucky Express in last month’s Classic Cup despite being held up for a run for much of the straight.

It marks a big day for the in-form Shum, who is looking to continue his march up the trainers’ standings with seven horses running.

Lucky Fun (好玩福星) is a young horse on the rise who is looking to make it three consecutive wins in the Class Three Good Ba Ba Handicap (1,200m) under Zac Purton, however he has his work cut out for him after drawing barrier 10 of 12.