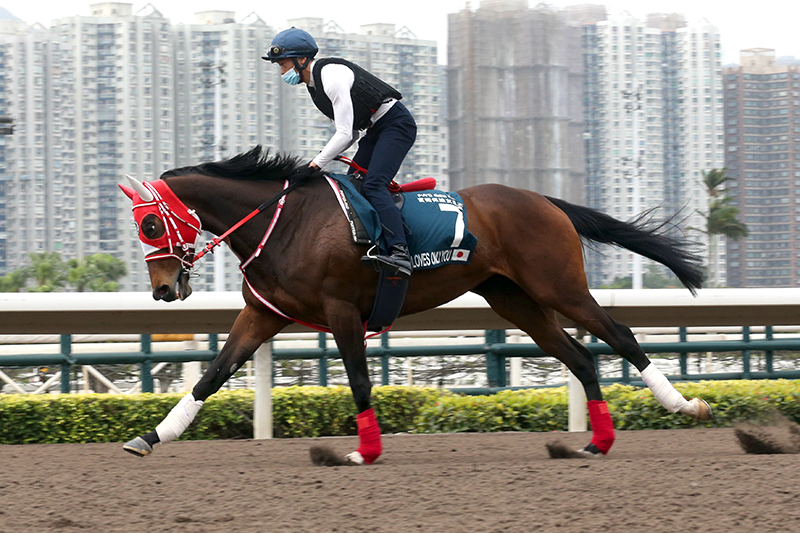 Loves Only You works on the dirt with Vincent Ho.

Arriving in Hong Kong off the back of a last-start third to Mishriff in the G1 Dubai Sheema Classic (2410m) at Meydan Racecourse, the Deep Impact mare stepped out of quarantine for her third outing but first time with jockey Vincent Ho in the plate, pleasing the 30-year-old as she clocked 1m 03.70s (34.0s, 29.7s) for her 800m canter.

“It went very well, it was just a very relaxed canter for her and I think she has settled in very well, she looks around and she’s very happy,” Ho said.

“Once she gets on the track she knows her job – she’s very concentrated in her work and then she was very quiet when we backed down the track,” he added.

A five-time winner from 12 starts including once at G1 level, the five-year-old’s most recent win came in the G2 Kyoto Kinen (2200m) at Hanshin Racecourse two starts ago before campaigning for a close-up third in Dubai at her first foray abroad, while her compatriot Chrono Genesis, filled second in that same race.

“You can tell she knows what to do, when she’s on the track she is very focused,” Ho said. 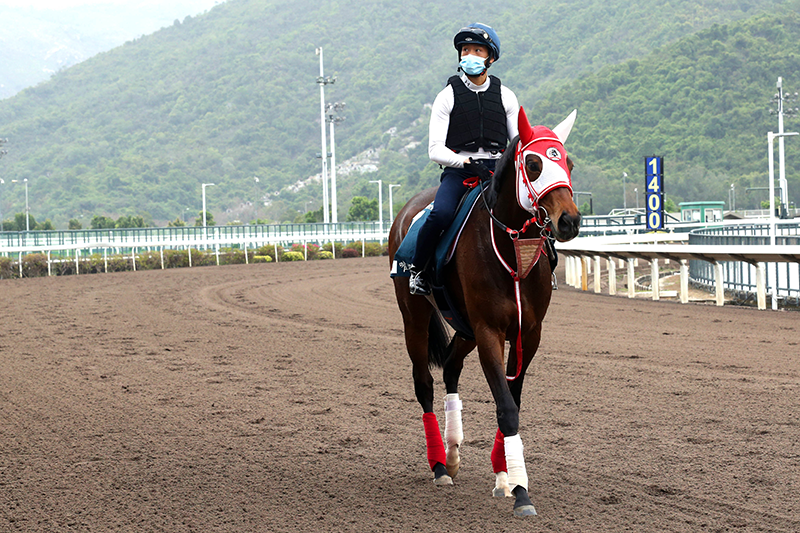 Loves Only You takes in her surroundings.

“It was just easy work, the instructions were to let her relax and canter,” the jockey said.

The bay has contested 2000m twice across her career – both times at Hanshin Racecourse, winning the 2019 Listed Wasurenagusa Sho before finishing second in the G3 Naruo Kinen, four starts later.

“Previously, if a jockey jumps on and gallops her she can go quite fast because she has a big stride, so they just wanted to make sure it was an easy canter this morning because they’ve done most of the work in Dubai.

“When she came here her team said they won’t need to do too much – just maintain her condition and she has settled in well, she is eating well and she is a traveler so it’s fine,” Ho said.

Ho also unites with Stronger (當家猴王) in the HK$18 million G1 Chairman’s Sprint Prize (1200m) after finishing second atop the chestnut earlier this month in the G2 Sprint Cup (1200m).