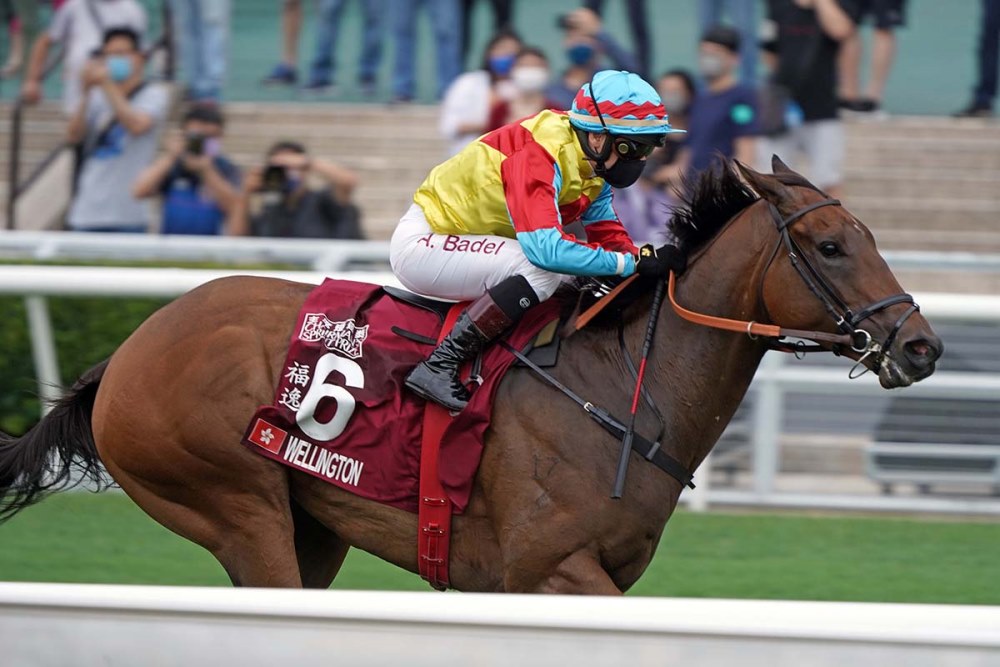 The Australian-bred gelding, a PPG (Privately Purchased Griffin) for Mr and Mrs Michael Cheng Wing On and Jeffrey Cheng Man Cheong, was the least experienced runner in the 13-horse field; contesting a G1 for the first time and ridden by Hong Kong-based Frenchman Alexis Badel who had not previously ridden in any FWD Champions Day G1 races.

Wellington scored his seventh win from just ten starts and his sixth from seven starts at the course and distance as he added to Gibson’s previous success with Gold-Fun in 2015.

Wellington (福逸) produced a powerful finish from midfield, running his last 400 metres in a sizzling 21.66secs, to overhaul the front-runner Computer Patch (錶之智能) who had been sweetly rated by Matthew Chadwick. The winning margin was a decisive one and a half lengths with the same gap to third-placed Sky Field (顯心星) under Blake Shinn.

The trainer will now afford the horse the opportunity to match the Hong Kong sprinting icons Silent Witness (精英大師) and Sacred Kingdom (蓮華生輝) by aiming at the G1 LONGINES Hong Kong Sprint (1200m) – a race twice won by each of the former stars after Chairman’s Sprint Prize success.

“He’ll have a good rest and we’ll see you here in December,” said Gibson who was delighted to see Wellington (福逸) win for loyal owners.

“It’s a great win for Hong Kong,” he said. “It’s fantastic to see the fans back today and I’m just delighted for the owners. They were one of the first owners in my stable when I came here. They’ve been very loyal and supportive and it’s a great satisfaction to source and deliver such a great horse. He came from Australia and he was sourced from the trials.

“I always thought we would probably get to the winning enclosure but the road is a little bit rocky, life’s never easy but it’s great to get there in the end.”

Wellington (福逸) bounced back from an uncharacteristic failure in the G2 Sprint Cup (1200m) on 5 April.

“It’s difficult to hide your disappointment on those days but we had faith in our team and in our horse and he delivered today.

“As a trainer, you’ve got to take the rough with the smooth. We’re very confident in what we do with our horses in Hong Kong and a win like today, hopefully we can build up our stable strength,” he said. 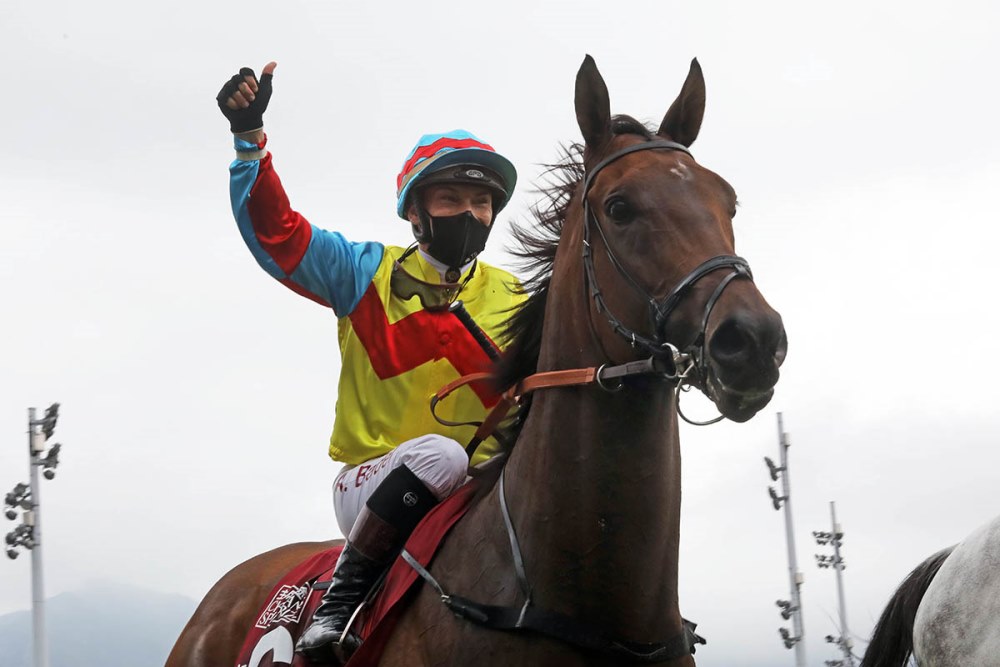 Badel, France’s champion apprentice in 2007 and in his fourth Hong Kong riding stint, was understandably delighted with his biggest success in his adopted home.

“It’s definitely a fantastic moment because I’ve known this horse since last season and he’s been great to me. He gave me a lot of winners and I feel just so happy and blessed to be back on him because it’s never easy to jump on a good horse here and win a big race like that.

“It’s fantastic and I’m glad for Richard Gibson, his trainer, because he’s been very good to me. He gave me a lot of support since my first season here and it’s fantastic to deliver in such a big day,” Badel said.

Badel’s ability to have the horse settle better than at his previous start was the key to victory.

“He had a perfect trip. The horse was much more relaxed than last time. Honestly the draw last time was a bit difficult and the ground was faster as well, so it was difficult for me to relax the horse without giving ground.

“Today, I had the perfect race, just close to the pace and more relaxed and when I put a little bit of pressure on my horse, he responded very well. To me, he’s a top-class horse and he just proved it today,” Badel said.

“He was under pressure at the 600m – there was nothing there,” Moreira said.