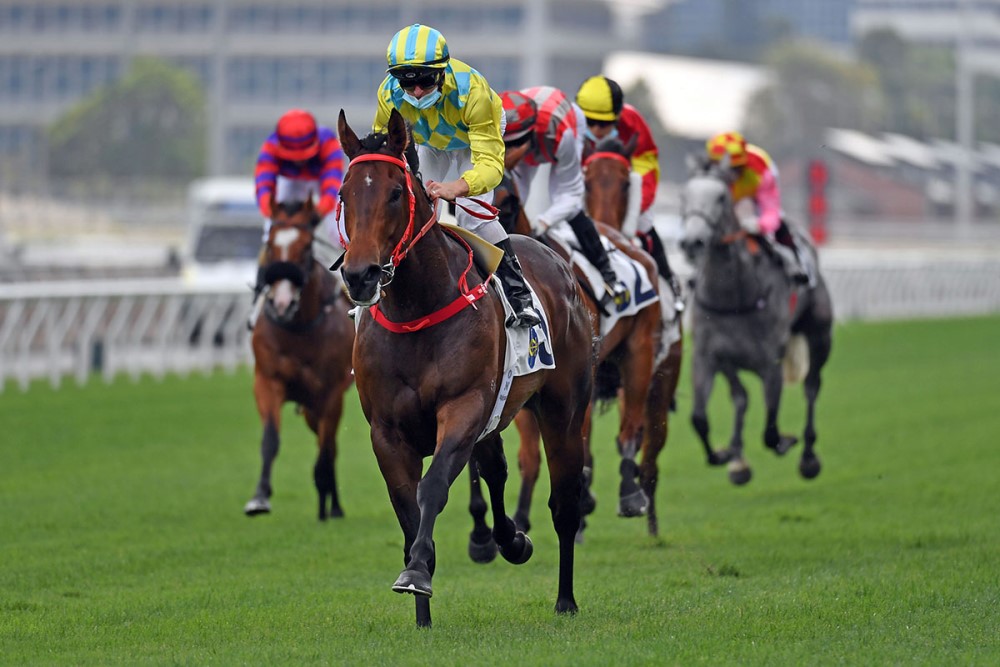 Courier Wonder (速遞奇兵) and Fantastic Treasure (佳運財) have set a high standard for this season’s emerging three-year-old crop in Hong Kong and tomorrow night (Wednesday, 12 May) at Sha Tin, the unbeaten Winner Method (知道再勝) (132lb) will attempt to enhance his growing reputation by joining his talented cohorts as winners of their first four outings.

Having collected a trio of triumphs and a 26-point ratings rise, the Deep Field gelding will look to continue his advance when he faces eight opponents, including fellow three-year-old, Carroll Street (當家精神) (122lb), a two-time winner from three starts – in the Class 3 Grass Island Handicap (1000m).

“The horse is good, I’m happy with him although the concern is the weight, he’s only a three-year-old and he’ll carry 132 pounds but hopefully he can handle the weight because he’s in good form,” trainer Danny Shum said.

Gearing up for Sha Tin’s first turf race run at night since October 2014, the Australian-bred bay and earner of HK$2.28 million will again be paired with Zac Purton and the duo will depart from gate five with top weight allotted as the race’s highest rater.

“I don’t think he’s reached his ceiling yet, he seems to be handling his work and racing well, he’s obviously got some ability, so we’ll get him around a corner soon,” Purton said.

“We know a lot of these young horses in Hong Kong do tend to mature and strengthen up with a little break and he’ll have the benefit of an off-season too, so hopefully he can come back next season a better horse, too.”

Winner Method (知道再勝) takes his record to a perfect three.

The youngster’s most recent win came in a slick 55.24s over 1000m by a length and a quarter at the end of March, although he did require a few shakes from Purton mid-race.

“At the 200 metre mark I started to get a little bit more comfortable but at the 400 I thought I was in trouble, he was very flat-footed and Joao (Moreira) pressed the button on his horse and got me off the bit and chasing.

“But like I said after the race, I thought his horse was going to be a little bit weak through the line and I knew that if I could just stay in touch that my bloke would be strong through the line as he always is and then the further we went the more confident I got,” the four-time champion jockey said.

The two-time winning Carroll Street (當家精神) steps out for the in-form Jerry Chau and Douglas Whyte, who have four and five wins from the past two race meetings, respectively, and with Chau’s 5lb apprentice claiming allowance, he dips down to 117lb, a handy 15lb less than Winner Method (知道再勝) in tomorrow evening’s dash.

Bidding to add a fifth Hong Kong jockeys’ championship to his name, Purton currently sits second position on 105 winners, 14 shy of Joao Moreira who leads the title race with 119.

“I still feel like Joao (Moreira) is in the better position, when you’re leading you’re in the right position but he has the right trainers behind him, both Caspar Fownes and John Size are both going to push for the championship and he has them in his corner, so I think that’s going to assist Joao and really help him in the latter stages,” Purton said. 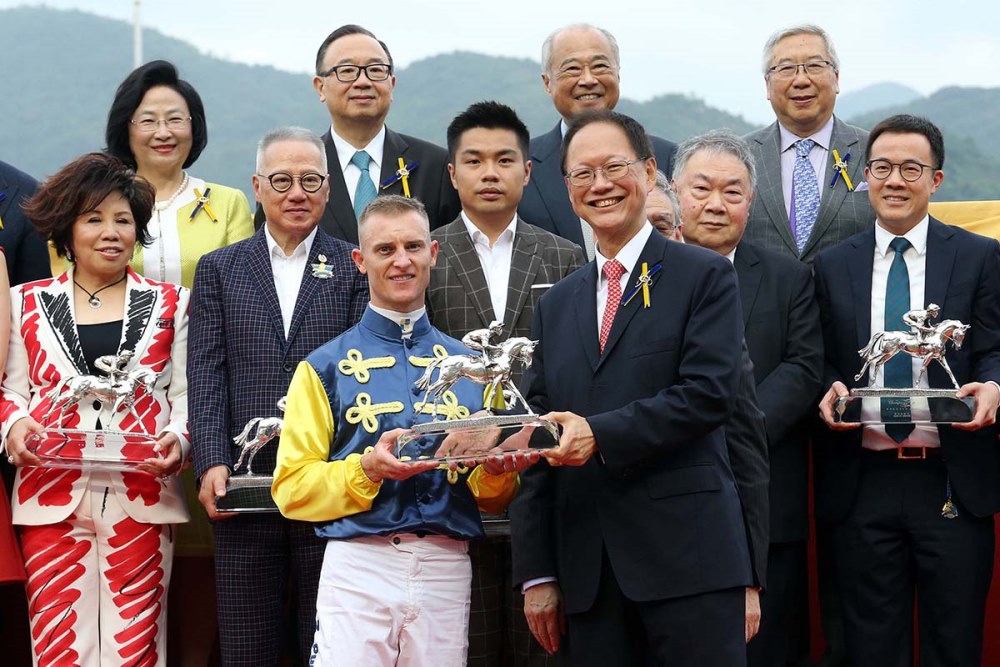 Zac Purton is a four-time champion jockey in Hong Kong.

The Unencumbered gelding is looking to bounce back after finishing a distant eighth at the end of last month following an impressive first-up success.

“He got his tongue back and he needed a tongue-tie, I thought we’d go with double insurance though and put the blinkers on him because I noticed when he was in Sydney at Rosehill that his best trial came with the blinkers applied.

“I put them on the other day and he did trial well in them, so I don’t know if it was the tongue-tie or the blinkers but I’m just going to do both,” Hayes said.

The youngster steps out for his first assignment on the dirt under race conditions after clocking a seven and a quarter length barrier trial romp over 1050m earlier this month, clocking 1m 00.78s (15.7, 22.3, 22.7).

Trader (齊心同行) dazzles in a trial under Zac Purton.

“It looks like he likes the dirt, he’s trialled twice very well on it, but you never know until you race them and sometimes the morning dirt is different to the evening but I’m of the opinion that he will handle it,” Hayes said.

Keith Yeung takes the reins and the duo will depart from gate four with 116lb allocated.

Earlier, Mauritian ace Karis Teetan will get the leg-up aboard Spend in the Class 3 Kau Sai Chau Handicap (1400m) after logging a fast-closing third to Courier Wonder last time out.

“He’s a lovely horse – I thought he ran very well, we got held up a bit on the inside but it might have helped him because I don’t think he was at his best and I thought he hit the line strongly,” Teetan said.

The Tony Millard-trainee arrived in Hong Kong as a two-time winner in Australia and placed at G3 level as a three-year-old in the Zeditave Stakes (1200m) at Caulfield Racecourse. Since his arrival, he has raced twice, finishing 14th and third.

“He had a trial, he’s been working well and he’s definitely improved since that race so I think stepping him up in distance will also help him,” the 30-year-old said.