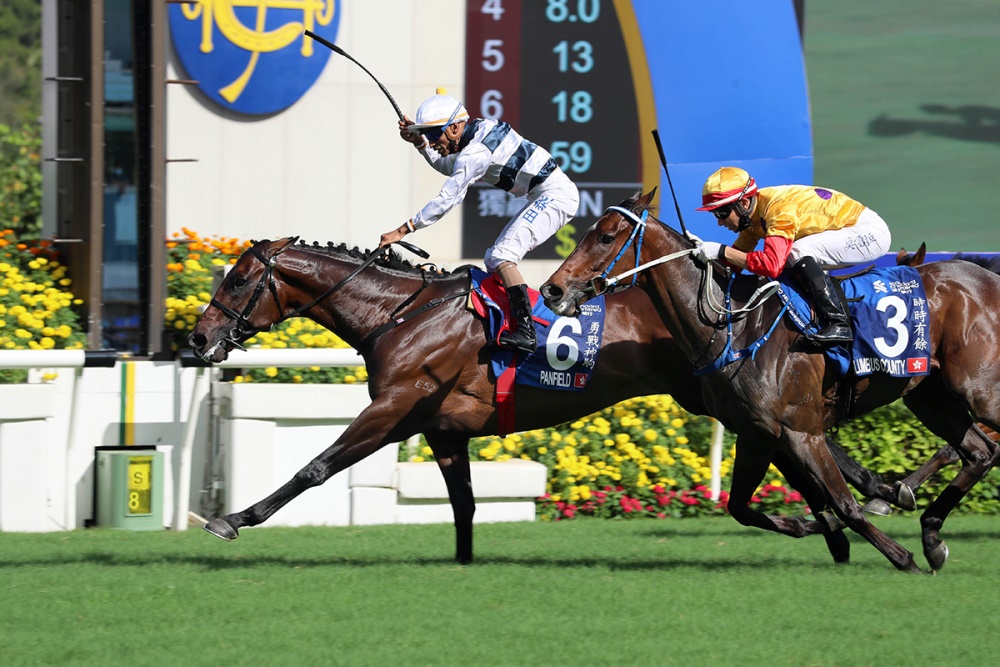 Grieving the death of close friend Nooresh Juglall in a race fall in Mauritius on 15 May, Teetan dedicated the victory to his wife Xaviere after Millard’s brilliant training effort lifted some of the ‘Mauritian Magician’s’ gloom.

“I’m really glad I got this one home. It’s been a tough week. I needed this (race) to get me back to work, to the track and I want to dedicate this to my wife (Xaviere). She’s been by my side this past few weeks and she’s given me confidence every day,” he said.

“If I did not have my wife by my side, I might not have been here at the moment and she was there and kept on pushing me and gave me confidence.

“I had this horrible news last week where we lose one of my best friends and my brother in racing and I take this pretty hard. This win makes it a little bit better, but we still miss Nooresh.

“It’s been a long time since I got one of these big ones, but this feels good. You need to just keep working hard and it will come.” 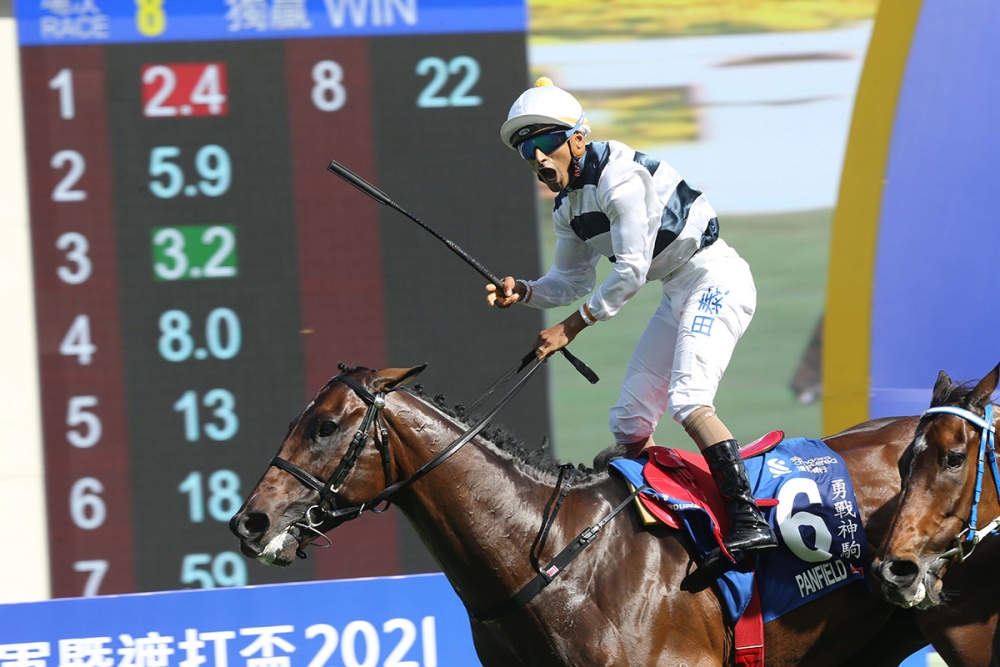 Teetan tracked Exultant (時時精綵) and Zac Purton relentlessly behind pace-setter Time Warp (馬克羅斯) before mounting his challenge in the straight, clawing his way past the five-time G1 winner before withstanding a late challenge from Joao Moreira and Columbus County.

Half a length separated Panfield (勇戰神駒) and Columbus County (時時有餘), with Exultant (時時精綵) a length and a quarter further back.

“At the 700 (metre mark), I knew this horse would go right through the line because he literally dropped down a gear and started to motor home,” Teetan said. “(But) you know when Joao comes next to you in a race, you know you’ve got a hard battle. In those big ones, he’s come next to me a few times and he’s got the better of me and I was like ‘C’mon Joao, not today’ and it pays off.”

I said to Karis after that, ‘I don’t care how good they are, he’s ready’,” Millard said.

“Quite clearly, a lot of the older horses are finished now so that puts him at the top spot as the best staying horse in Hong Kong.

“Karis rode a beautiful race today, that’s exactly how we planned it and it worked out to an absolute tee. I’m very happy for him because it gives him the confidence to know that if he is on the right horse that he can do it. Quite clearly this horse was the right horse today and he did everything 100 per cent.”

In addition to the HK$6.8 million in prizemoney, Panfield (勇戰神駒) collected a Top-Up Bonus of HK$500,000 – a payment available to horses who have already won a High Achievement Bonus of HK$1 million after winning a Class 2 race or higher before turning five.

Blake Shinn notched his first Hong Kong double since arriving in the city in 2019.

“It’s fair to say it’s been a little while in the making. It’s taken a bit longer than I would have liked. It’s just nice to get two winners in a day – it’s satisfying,” the Melbourne Cup-winning jockey said after piloting Caspar Fownes-trained Hall Of Champ (勝賢) to victory in the first section of the Class 3 Indigenous Handicap (1400m).

“It’s also great to get winners for David Hayes and Caspar Fownes. They’ve given me plenty of support in Hong Kong, so it’s nice to win for both of those guys.”

Hall Of Champ (勝賢) dashes away under Shinn.

After waiting 23 starts to break through, The Hulk made (星運明爵) it two on the bounce for Fownes and Teetan in the second section of the Class 3 Vengeance Of Rain Handicap (1400m).

Joao Moreira extended his lead in the jockey’s championship with a treble, climbing to 131 wins – 20 ahead of Zac Purton (111).

Hong Kong racing continues at Happy Valley on Wednesday (26 May).