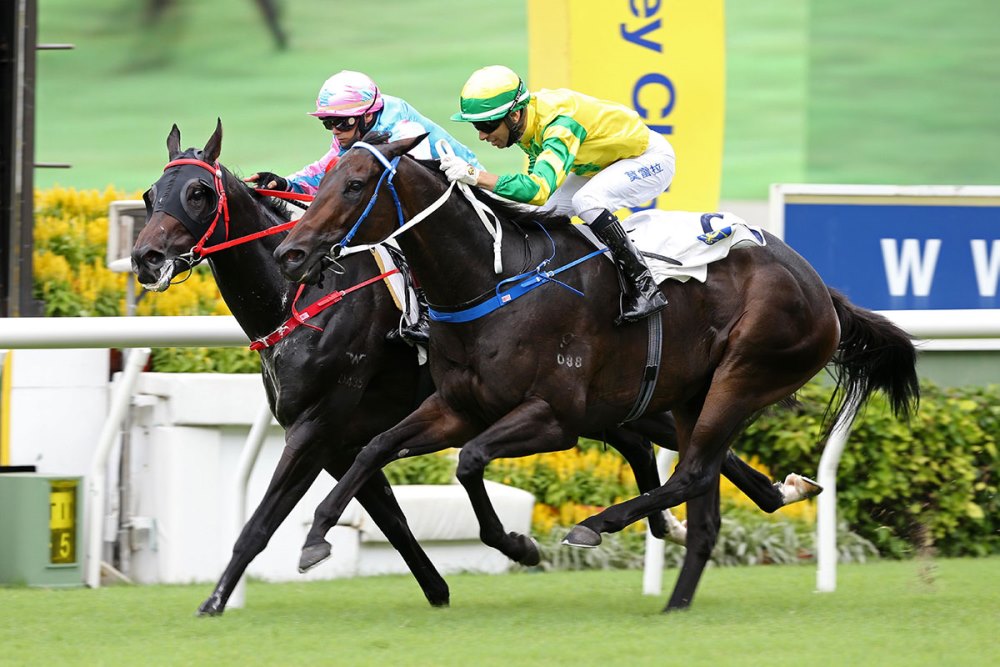 Trailing John Size by two winners entering the meeting, Fownes climbed back to the front – 66-65 – with a three-timer to leave the 2020/21 championship balanced on a knife’s edge with 12 meetings left in the season.

Vincent Ho ended a relatively barren month in style with a four-timer, closing the meeting in style on David Hayes’ newcomer Naboo Attack (肥仔叻叻), who made light of his 1360lb frame to claim a HK$1 million High Achievement Bonus on debut.

The highlight for Fownes was Sky Darci’s (達心星) resumption after a 10-week break, culminating in a short head victory over fellow four-year-old Health Happy (健康愉快). Not Usual Talent (非凡才子) was third, one and three-quarter lengths further back.

“On paper it looked a nice comeback race for him, 115 (pounds) on his back and a nice soft draw (barrier three). He landed in the spot we thought he would be, just relaxed and came out and you can see what he’s got,” Fownes said after Sky Darci (達心星) withstood a fierce challenge from Healthy Happy, who lifted bravely after being headed by the winner.

“Obviously the second horse (Healthy Happy (健康愉快)) is a horse we respected coming into the race because we didn’t think there was much pace and obviously, he gave us quite a scare the last 100m.

“He’s a nice horse, the second horse. He’s probably one that’s going to go on with it.

“At the end of the day, we’re very happy to bring him back from the Derby. There’s always pressure on you to get these horses to come back and perform.” 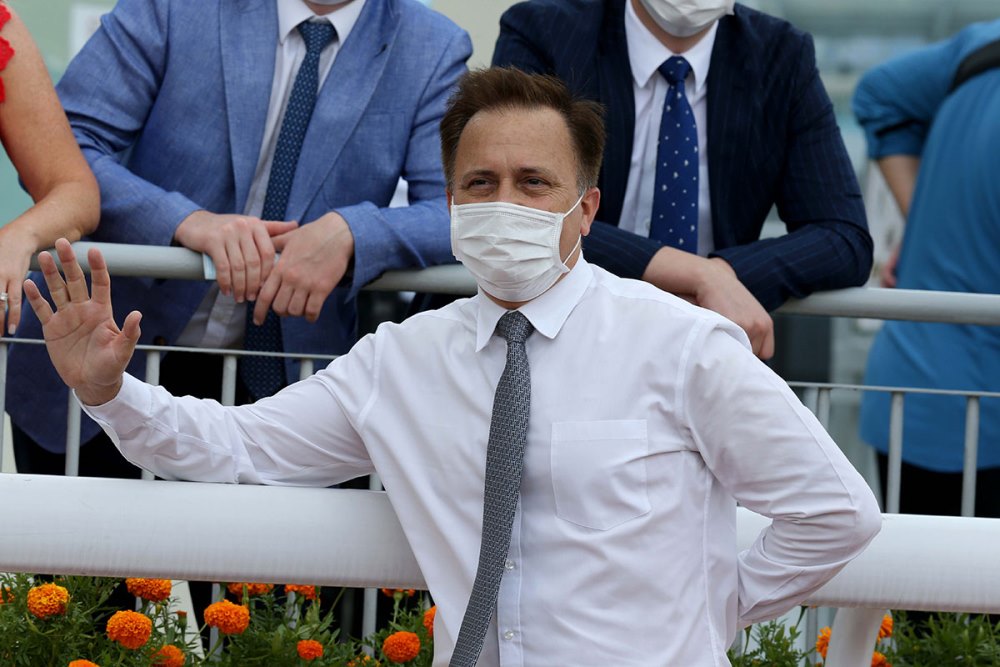 Sky Darci’s (達心星) latest triumph leaves Fownes with a host of long-range options beyond a possible start in the G3 Premier Cup Handicap (1400m) – including a potential tilt at the G1 LONGINES Hong Kong Sprint (1200m) in December.

“It looks like we’ve got something to work with going forward to December. He’s a good horse and he’s probably still got another length and a half to two lengths in him over the next 12 months. If he can do that, all of sudden he’s a serious and proper horse,” Fownes said, hinting at taking a path which avoids clashing with Golden Sixty (金鎗六十) over a mile.

“He’s a sprinter-miler in my mind and he’s showing us that, so we’ll just try to pick the best possible options and avoid the champions.

“He’ll come back to have a 1200 metre run early in the (2021/22) season, so we’ll just see what he does there. He’s versatile and he should be a bigger and better horse with a couple of months of the summer break under his belt.”

“There’s a good chance (he will run), it just depends on how he pulls up. Sky Field (顯心星) will go there as well, so it will be nice to see them taking on each other if I go that route.

“We’ll just see how he pulls up, the weather is getting quite warm now, but if he’s well and he’s eating up well and he’s got a spring in his step there’s no reason he can’t have one more race,” Fownes said. 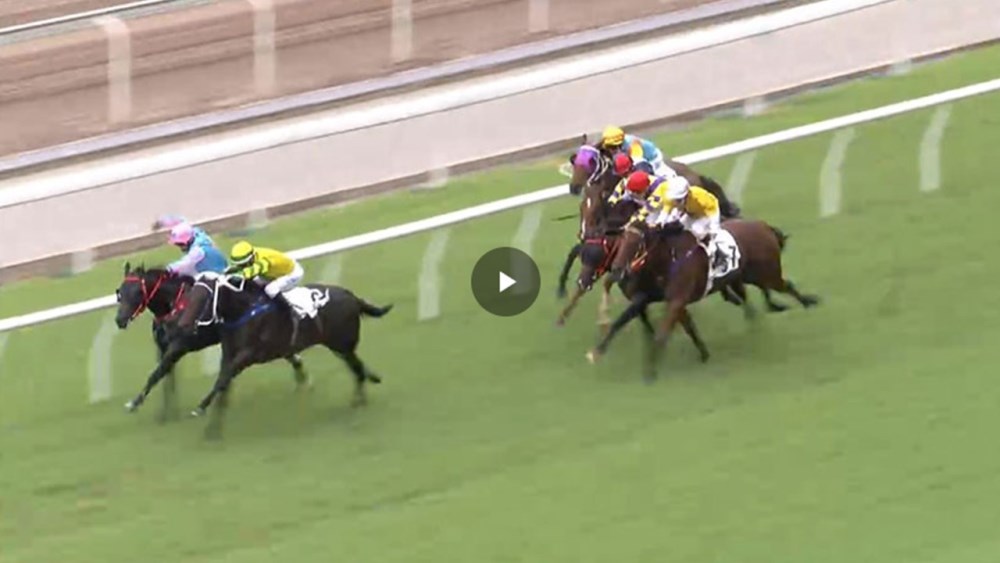 “It’s alive (hopes of winning the championship), there’s a long way to go but I’m just going to do my best. I’m sure John will keep churning the winners out and I’m going to keep doing the same. All I can give is 100 per cent and I’m giving that,” Fownes said.

“He won on his heart. He knows what his job is out there,” the Brazilian said.

“The other horse gave him a challenge and wouldn’t give up. Healthy Happy (健康愉快) was coming back at him and I could feel he was giving everything he has got. He is a good horse.

“It was just what we wanted and it’s no surprise to me that he didn’t win by a bigger margin because we have a high opinion of the other horse.”

Ho moved to fourth in the jockeys’ championship after a stellar day, improving his tally to 54 to trail Joao Moreira (135), Zac Purton (113) and Karis Teetan (67).

Ho prevailed on Tailor Made (度身訂做) for Fownes before delivering a stable double aboard Light Of Wanshi (萬市之光) and Copartner Ambition (合夥雄心) for Chris So and finally Naboo Attack (肥仔叻叻) in the Class 2 Amah Rock Handicap (1200m). 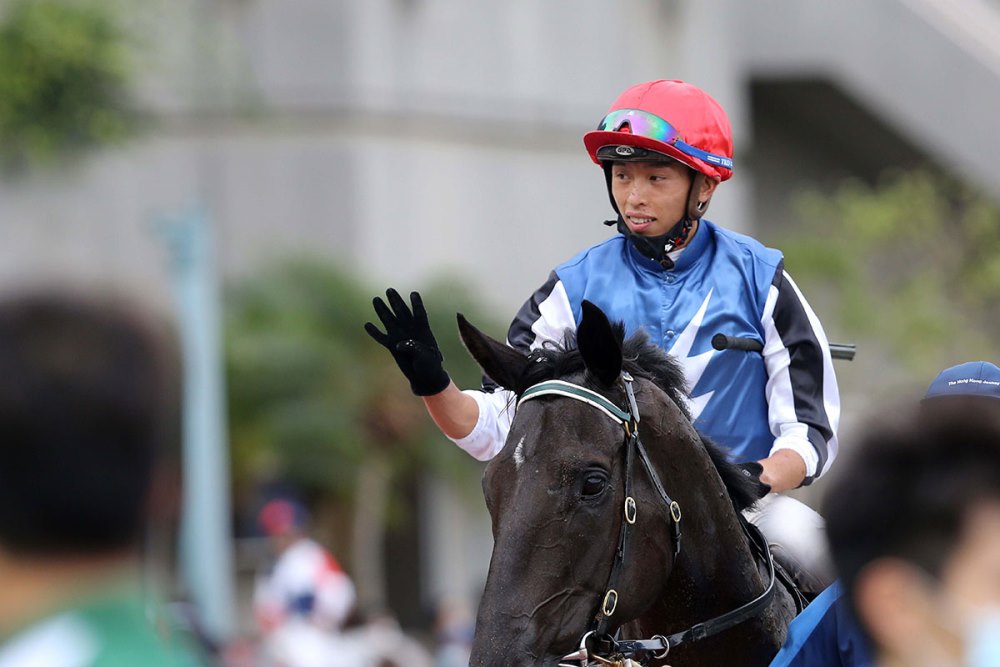 Keith Yeung ended a 187-ride run of outs to post his eighth win for the season when Team Power (團結力量) saluted for Ricky Yiu in the Class 3 Hung Mui Kuk Handicap (1400m).