Joao Moreira confident Drops Of God can take next step 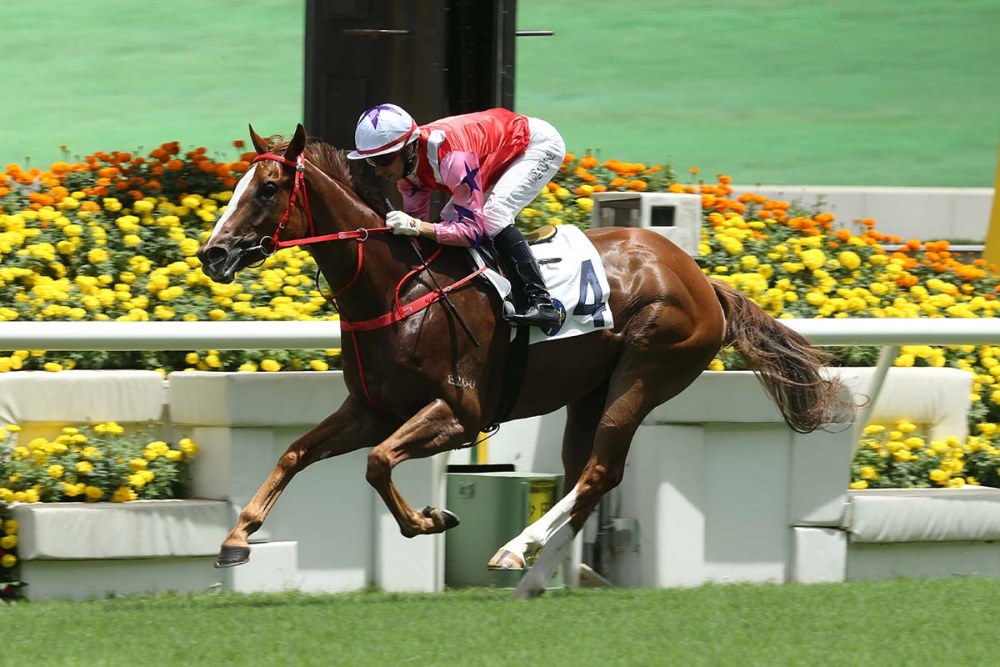 Drops Of God bolts (神之水滴) in on debut.

In a season marked by the emergence of brilliant young talent, Joao Moreira is confident Drops Of God (神之水滴) can continue his advance through the grades with success in the Class 3 Lai On Handicap (1200m) at Sha Tin on Sunday (6 June).

An emphatic two and a quarter length winner on debut on 23 May, Drops Of God (神之水滴) shapes as yet another prodigious sprinter from John Size’s stable, which has already produced Courier Wonder (速遞奇兵) and Fantastic Way (勝得威風) this season.

Moreira, who leads Zac Purton 136-115 in the jockeys’ championship, describes the Mossman gelding as “another nice one, a very nice one.”

“He’s done it in a good way at his first run and I could not ask for more than what he did, he’s such a professional horse,” the Brazilian said. “We wonder why John Size backs him up in two weeks – that means he felt the horse did what he needed to do without overdoing it at his first attempt.

“He’s another horse I have no doubt people should keep an eye on because he’s quite promising.” 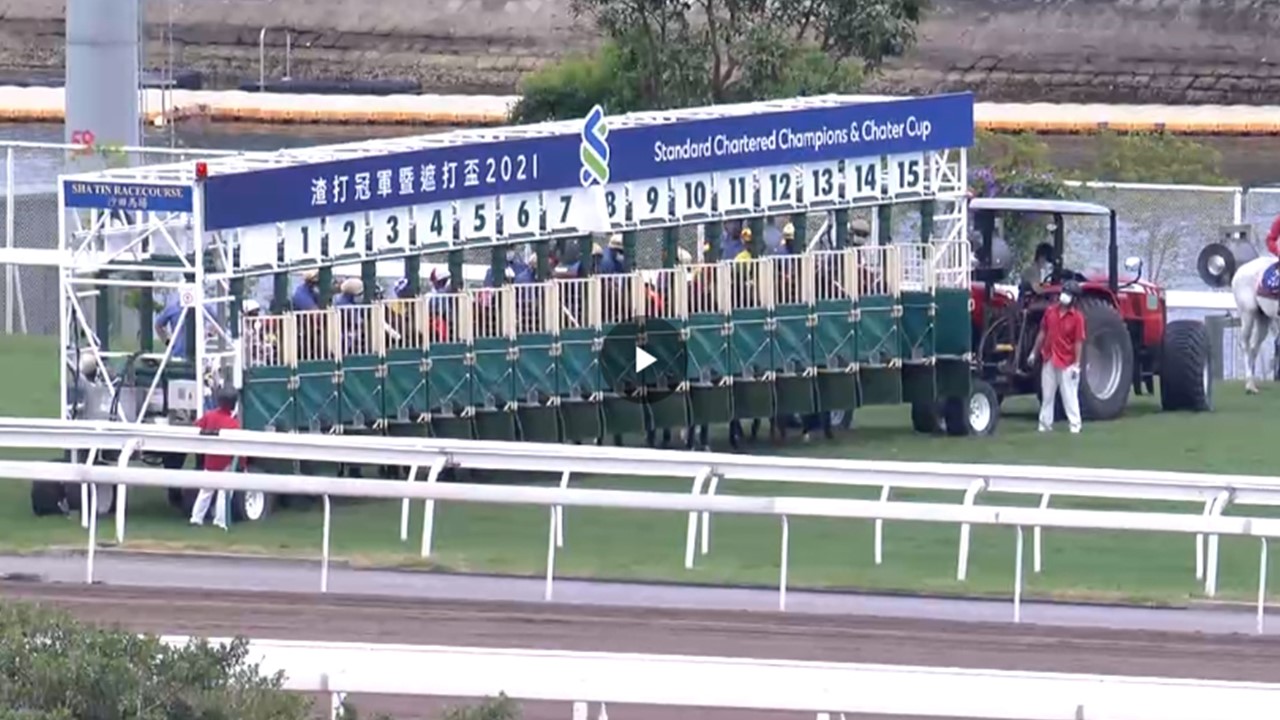 “If I need to, I’m happy to go back (from the barrier),” Moreira said. “He seems to be a versatile type of a horse and off a light weight, I guess he’s going to be able to be hitting the line very strong.

“It is a strong race, he’s up in class but I think with light weight on his back, he’s going to appreciate that and we’re about to find out if he’s up the class. I think he is and I’m very excited to be sitting on his back on the weekend once again.”

While Purton’s hopes of retaining the championship with a fifth jockeys’ crown are fading rapidly with only 11 meetings left, the Australian is upbeat about Tourbillon Diamond’s (飛輪閃耀) prospects in the Class 2 Chung On Handicap (1600m).

“He doesn’t necessarily have to lead, he’s shown he’s versatile. He’s come from different positions in the field in a number of races and run equally well. In that respect, he’s easy to ride,” Purton said of the talented import who raced as Eric The Eel in Australia. 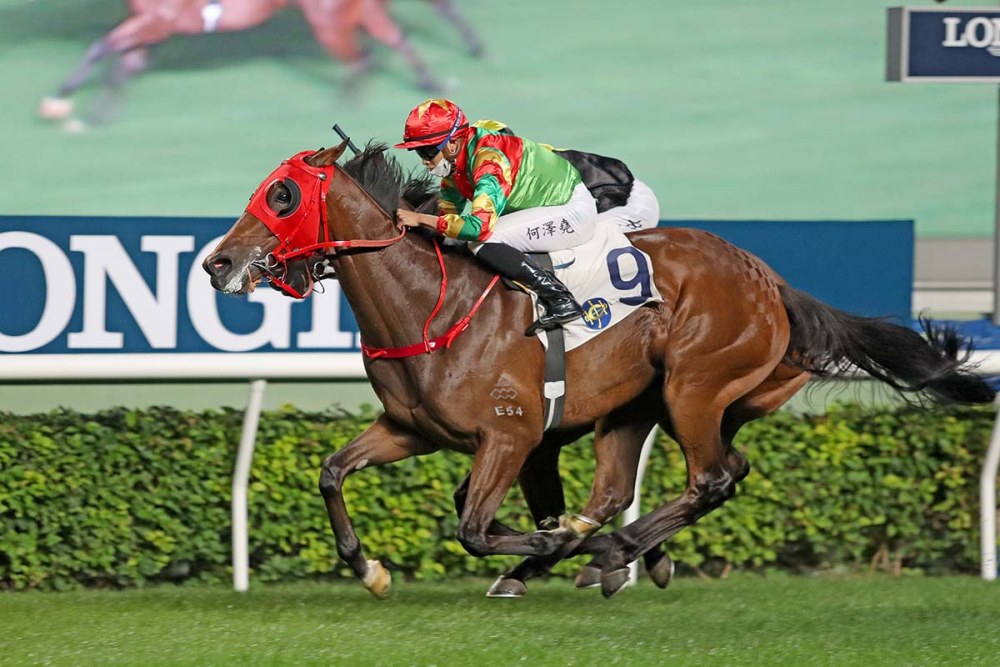 Tourbillon Diamond (飛輪閃耀) is a one-time winner in Hong Kong.

“I think a mile is a good distance for him, that’s not to say he can’t run 1800 (metres) or 2000 (metres). I think his run (seventh) in the Hong Kong Derby was very good from a bad gate. If he drawn well there, he could have possibly been winning that race.”

Matthew Poon is eager to add more momentum to his late-season surge after a double at Happy Valley on Wednesday (2 June) when he partners Tony Cruz’s Joyful Fortune (連連歡樂) in the Class 3 Kwong Tin Handicap (1000m).

“His form is good and he’s ready, so I hope he can perform like the trial (on 25 May at Sha Tin) – hopefully he can travel easily and give me a good finish,” Poon said, pointing to widespread support from the training cohort.

Alfred Chan hopes Caspar Fownes’ decision to seek weight relief on The Hulk (星運明爵) in the Class 3 Lee On Handicap (1400m) will prove decisive through the apprentice’s seven-pound claim.

Handicapped at 133lb, the Spirit Of Boom gelding is chasing a hat-trick of wins, having triumphed at his two most recent attempts under Karis Teetan with 118lb and 125lb, respectively.

“His draw (gate one) will definitely help him because hopefully we can put him just behind the pace or maybe three back on the fence. It will make it a lot easier,” said Chan, who is enjoying his time learning from Fownes.

“Caspar has been very supportive and I’m happy to keep working hard for him and hopefully I can get more results for him.” 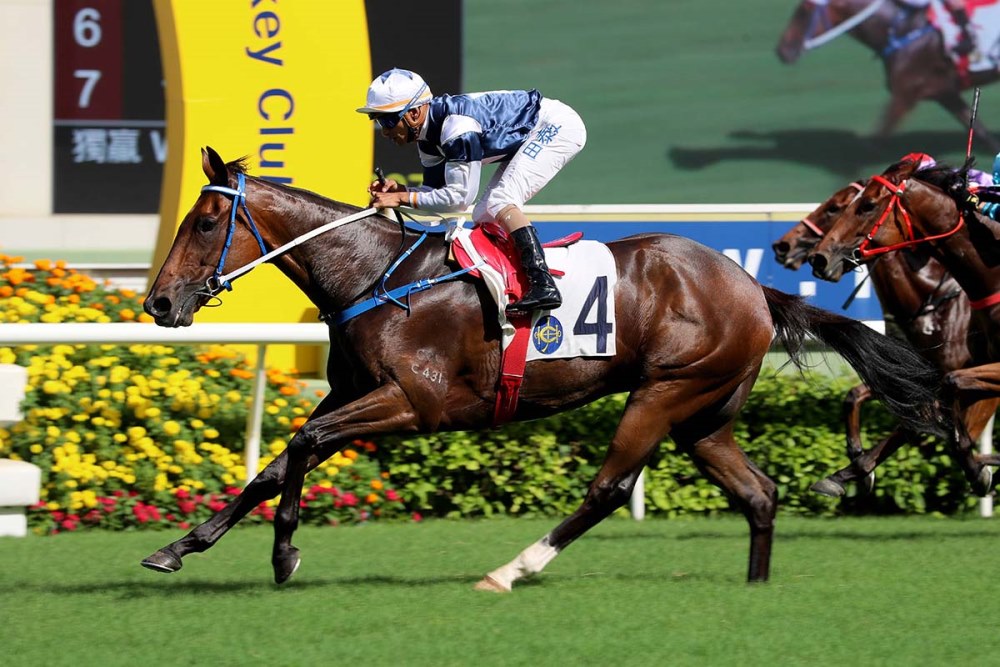 The Hulk (星運明爵) is bidding for three in a row.

David Hayes believes Packing Award (包裝大獎) is ready to atone for some luckless performances with a strong display in the Class 4 On Yam Handicap (1400m) for Purton.

“He’s a young horse, who’s been running short of his distance but he’s started to adjust to Hong Kong and I’m pretty happy with him,” Hayes said, referring to two minor placings from three 1200m starts.

“The horse is relaxed now and will probably settle mid-field with cover.”

As there were no winners in the Triple Trio on 30 May, a jackpot of over HK$61 million will be carried forward to the pool for Sunday’s Sha Tin day meeting. It is estimated that a single HK$10 winning unit would pay up to HK$90 million, ranking as the highest Triple Trio dividend since the 2012/13 racing season.