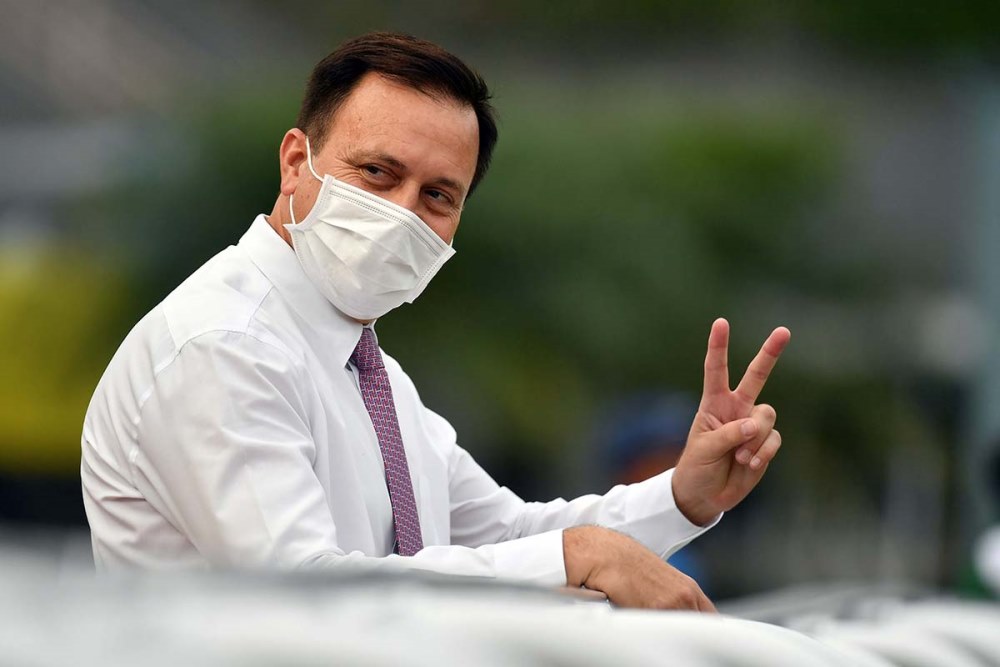 Buoyed by a timely show of strength, Caspar Fownes is taking nothing for granted despite edging to a three-win lead over John Size in the battle for the Hong Kong trainers’ championship after scoring a double at Sha Tin on Sunday (6 June).

“I’m happy. I’m just getting there. Like I said before, it’s going to be close. I’m just having my run again – which is expected – and long may it continue for the rest of the season,” Fownes said.

Fownes has prepared five winners from his past 29 starters, while 11-time champion Size’s most recent triumph – Courier Wonder (速遞奇兵) on 23 May – has been followed by a 32-race run of outs.

The Rock (星運子爵) provided Chad Schofield with his 24th success of the 2020/21 season as Joao Moreira (138 wins) and Matthew Poon (33) shared riding honours with doubles.

The Rock (星運子爵) makes all under Chad Schofield in the last race.

“We tried to go forward with not much pace on paper. He took a bit of time to get there in the long run to the first turn but they left me alone and I was able to rate him as I liked,” Schofield said of The Rock.

“I picked it up when I wanted to and, to the horse’s credit, when I pushed the button, he gave me a good spurt – strong win.”

David Hayes appears to have unearthed another decent talent after Packing Award (包裝大獎) raced erratically but was still able to win the Class 4 On Yam Handicap (1400m) for Zac Purton despite jumping from barrier 12.

“He did a great job today because he threw his head for 600 metres, resenting the tempo and you don’t often see them do that so badly and win,” the dual Hong Kong championship-winning trainer said.

“He’s on holiday now and will be produced next season and it will be exciting to see what he can do. To come from a wide gate and win like that, he must have a couple of classes in him.”

Paul O’Sullivan attributed Fairy Floss’ (喜氣綿綿) victory in the Class 4 Ping Tin Handicap – the grey’s fourth success from his past six starts – to maturity and the genius of Moreira, who brought up a double on the Guillotine gelding.

“He’s a horse who took a long time to adjust to Hong Kong,” O’Sullivan said. “He’s more relaxed now and he’s found his groove. It was a good solid win today and he had a lot against him. He was out in the draw (gate 14) and it was actually an excellent ride by Joao Moreira.

“That’s the end of the season for him now, but he’s done a great job.”

A change in tactics by Frankie Lor enabled Infinite Power (源源動力) to break through in the Class 4 On Ting Handicap (1200m) under Poon, who logged his second double for the week after a brace at Happy Valley on Wednesday (2 June).

“He’s a big horse who likes to keep rolling, so we decided to lead on him today,” Lor said. “He seems to like being ridden that way. Sometimes, in the past, he has been close in the running but hasn’t been able to finish off.”

Alex Lai posted his fourth winner of the season when Moon Peaks (明月千山) landed the Class 5 Po Tin Handicap (1200m) for Me Tsui before the Fownes-trained Seven Heavens (帆哥兒) – another son of Frankel – broke a 23-start run of outs with victory in the Class 4 Mei Tin Handicap for Moreira. 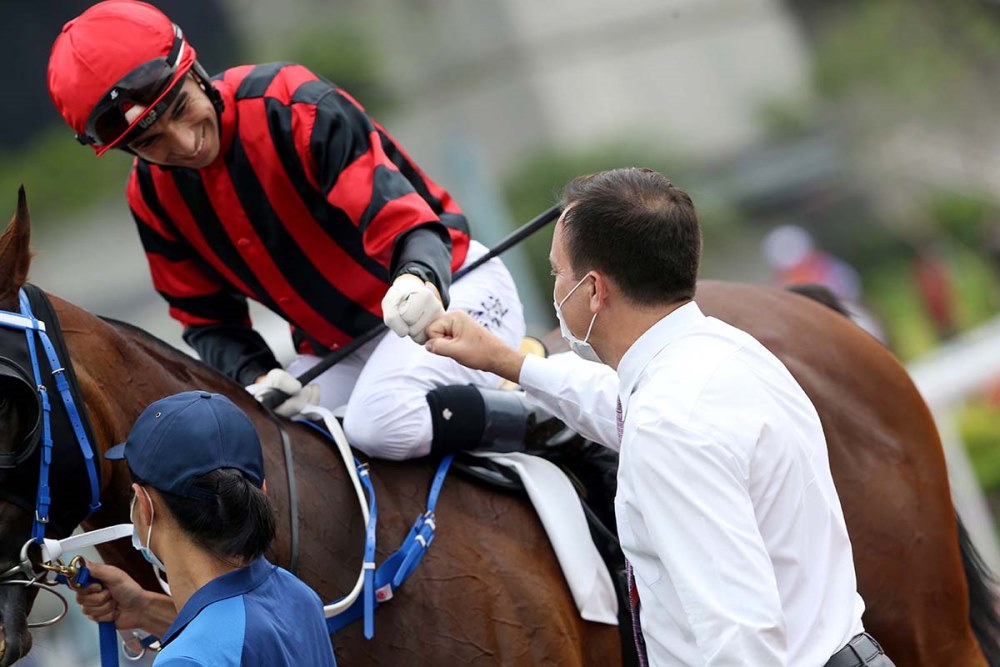 Apprentice Jerry Chau continued an excellent season by logging his 44th win for the term by driving Benno Yung’s Sure Win Win (福星高照) along the fence to snare the Class 5 Yan Tin Handicap (1600m, dirt).

“It was a terrific ride, just terrific – it was brilliant,” Yung said, who snaffled a double when Diamond Brilliant and Karis Teetan upstaged Winner Method (知道再勝) and Drops Of God (神之水滴) to land the Class 3 Lai On Handicap (1200m).

“(Diamond Brilliant (閃耀榮光)) he has got ability but stops in races and slows down himself. This horse, once he has a target in front of him, he will keep running so that’s why I told Karis to keep chasing Zac’s horse (Winner Method (知道再勝)).

“You have to win the race at the right time because this horse will just follow others.”

Frenchman Tony Piccone savoured his ninth victory of the season when Dennis Yip’s Kasi Farasi (一舖縱橫) surged late to overhaul Leap Of Faith (凌駕) right on the line to clinch the Class 3 Lee On Handicap (1400m).