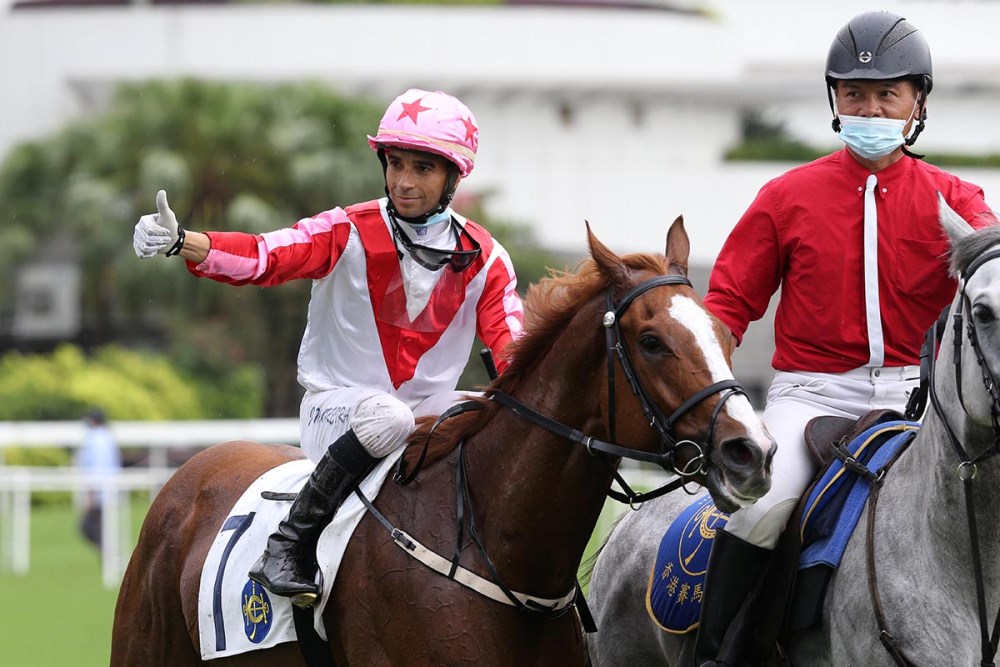 Joao Moreira is poised to surge over the 150-win milestone for the third time in Hong Kong after the Brazilian’s relentless drive for a fourth jockeys’ championship delivered a treble at Sha Tin on Saturday (26 June).

Moreira extended the gap separating him from reigning champion Zac Purton to 28 victories with only five meetings left in the 2020/21 season with success aboard Blaze Warrior (風火戰駒), Super Fast (嘉才) and Superbella (西利哥) as Francis Lui climbed into outright fourth in the trainers’ championship with a three-timer.

The holder of the most wins in a Hong Kong season after a phenomenal display of sustained excellence in 2016/17 which delivered 170 victories, eclipsing his 2015/16 haul of 168, Moreira has posted 14 wins in June alone. 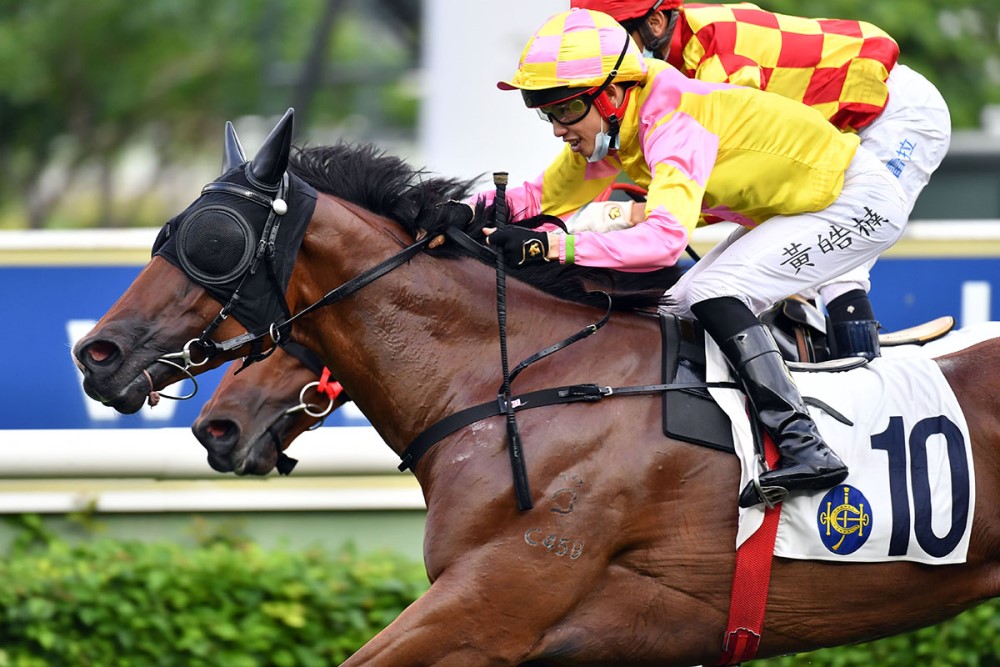 “Personally, it means a lot. The trainer has provided great support to me, he’s been giving me horses with good chances and I really appreciate that. So, I’m just keeping my head down and keep on working,” Wong said.

Ima Single Man (樂滿貫) delivered on the rich talent he showed in Australia as winner of G2 Karrakatta Plate (1200m) at Ascot Racecourse in Perth in April, 2020 with victory in the Class 3 Mount Cameron Handicap (1200m) for Tony Cruz and Neil Callan.

Roused out of the ruck by Callan, the Gingerbread Man gelding overwhelmed When You Believe (志力同心) and favourite Drops Of God (神之水滴), underlining the quality of a luckless fourth at his previous outing.

“It was a good win, he still does a lot wrong,” Callan said. “He’s still learning. I think he’s still a work in progress, he’s still got improvement in him mentally.

“He should be able to go on from this season – if his mind switches on, he might be better. You’ll just have to take him race by race, but he’s got more in him.” 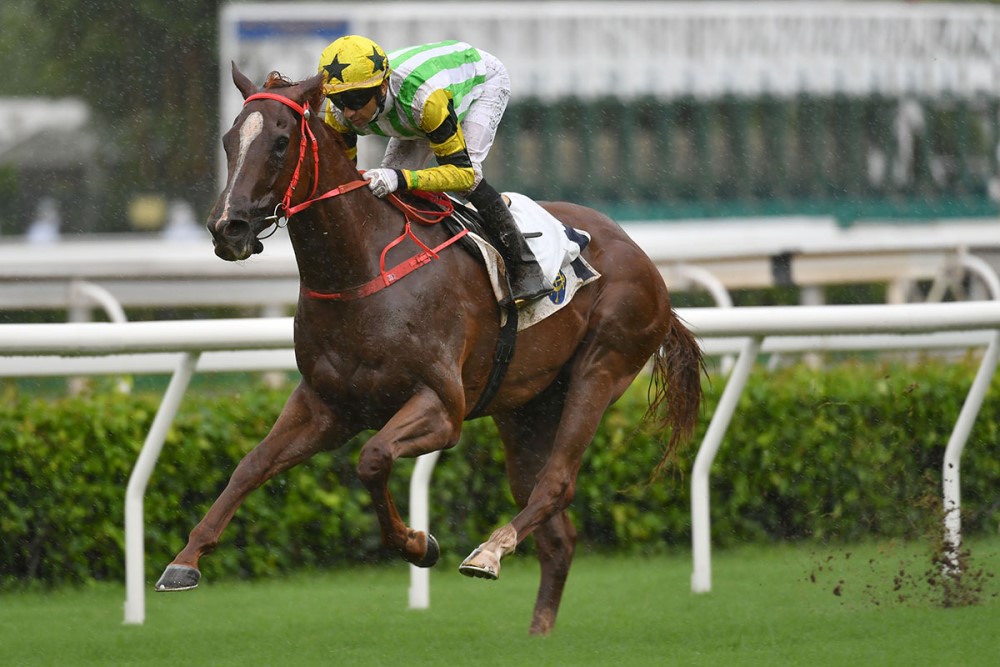 Moreira is confident Blaze Warrior (風火戰駒) can continue to ascend through the grades after the Sebring gelding maintained his unbeaten record with victory for Size in the Class 4 Sai Wan Shan Handicap (1200m).

“As good as last time, if not better,” Moreira said of the three-year-old’s second successive win.

“He does everything straight-forward and everything he does makes me think he’s a good horse and the best part of it is that he’s in the making still.

“He can run further and the future of this horse is hard to predict but he’s not going to be any worse than reaching a high rating.”

“He probably wasn’t super impressive today, he’s a big elephant of a horse, he’s a big dumbo – he just doesn’t know what his job is yet,” Hall said. “I think he’s got a little bit more to offer but he’s just got to learn his craft and know how to be a competitive racehorse. “He’ll take a bit of confidence out of that win, have a bit of a break and come back next year.” 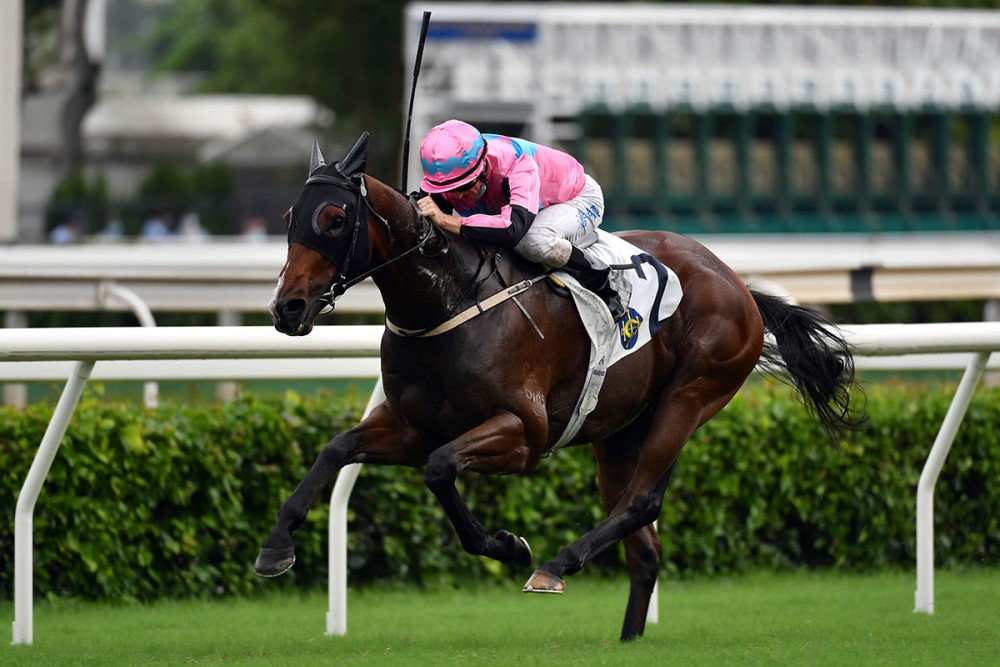 “He’s by Tavistock and you sort of think they’re going to run 2000 metres, but he’s out of a Written Tycoon mare so he might have too much brilliance to be staying but the new season we might try him again at the right time,” Hall said of the gelding’s suitability to shorter trips.

“Potentially, he’s always looked like he could get to Class 2 and I think under the right circumstances, I think he will.”

Vincent Ho and Lui reprised a familiar winning collaboration with Fox Cheunger (獵狐章者), victorious in the Class 5 Shouson Hill Handicap (1400m), became the pair’s 24 combined success of the season – with the majority of the duo’s triumphs coming with champion Golden Sixty (金鎗六十).

While Golden Sixty (金鎗六十) occupies the zenith of Hong Kong racing with 17 wins from 18 starts, Fox Cheunger (獵狐章者) registered his third win from 35 starts as he revelled in the yielding ground.

“I’m not saying he enjoyed the ground, but he might have enjoyed it more than the other horses,” Lui said. “He’s racing well. I’ll see how he recovers up and decide if what to do next.”
Lui and Moreira sealed doubles when Super Fast (嘉才) broke his maiden status in emphatic style, bolting in by four lengths to claim the Class 4 Sheung Yeung Shan Handicap (dirt, 1650m) after leading virtually all of the way.

“Good jockey, good draw (barrier one) and you could tell that his condition was better today,” Lui said. “It was a good win. We’ll see how he recovers and then see if there’s another race for him.”

“When he first came to Hong Kong, he had an injury but now he’s okay,” Lor said. “He might run on the last day of the season but I’ll speak with Joao first before I make a decision.”