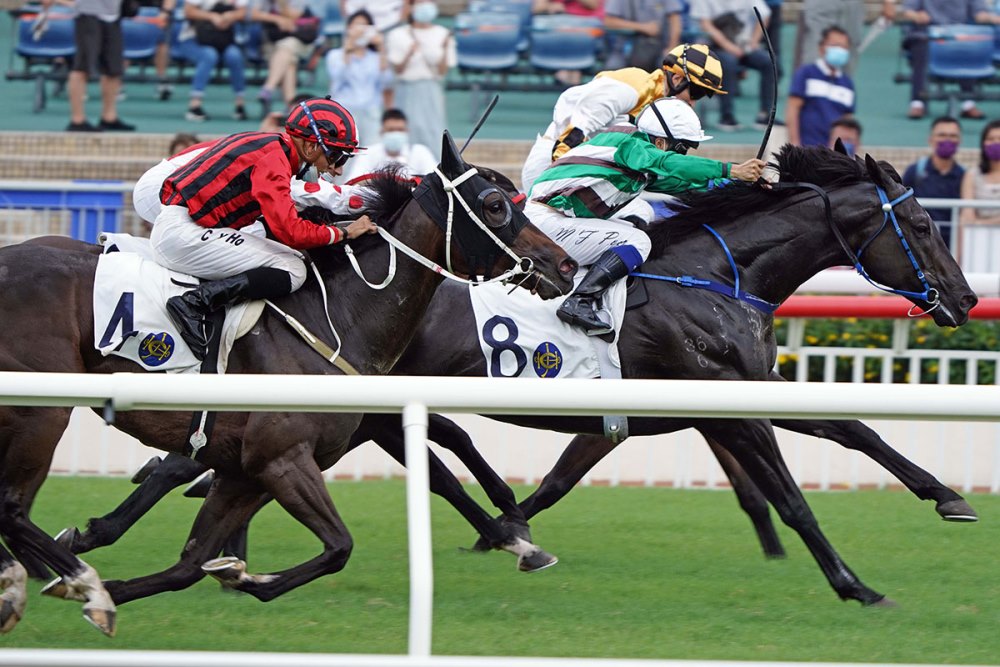 Poon’s mount in the Class 5 World-Class Leadership 1200m Handicap – M M Johnny (美滿將來) – was disqualified after finishing 10th because Poon weighed in light after inadvertently using a lightweight vest in the race after earlier weighing out in a heavier vest.

“It was just my mistake. I was just too rushed and forgot to change back to the original vest. It was my mistake,” Poon said, after fronting the stewards to explain the discrepancy, before reflecting on a redeeming victory on Super Football (足金好球).

“He got a nice draw (barrier one) and we were able to sit a lot closer than last start, so I thought before the race he would have a chance,” Poon said, who has 37 victories including two G3s for the 2020/21 term – easily the 27-year-old’s best season.

“I was able to follow Zac Purton (Charity Go (快益善)), he was one off the fence in front of me and I was in a really good position to be taken into the race.

“It really worked out for us and I was able to get the run. I had to wait for a little while, but my horse had a light weight (117lb) and I think he proved he’s good enough in Class 2, I think he can run further distance, too. 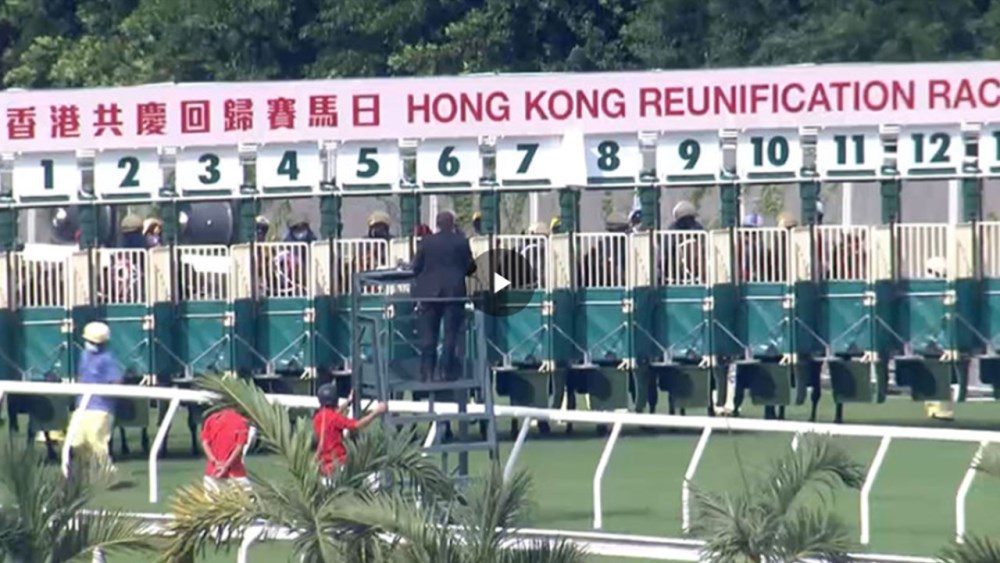 Poon’s contrasting afternoon came as Caspar Fownes tightened his grip on the trainers’ championship with a double, leaving the triple champion eight wins clear of John Size with only four meetings left in the season.

Fownes was impressed in equal part by Joy Master (開心大師) and apprentice Alfred Chan after the pair combined to land the Class 5 Racing Goes On 1600m Handicap.

“The horse is flying and it was a perfect ride, very happy with both of them,” Fownes said. “Great way to start to the program.”

In the throes of completing a seven-season stint in Hong Kong, Callan posted a double when Ricky Yiu’s Excellent Chariot (神駿馬車) descended with precise timing to claim the first section of the Class 4 Continuous Development 1200m Handicap.

“You know of my hiccups in the season, missed out on a lot of winners in two months,” the Irishman said. “I suppose that once I was in the time (suspension), I didn’t really think that I was going to come back. So, to be able to get the opportunity to come back, I wanted to prove that I was very able and very capable to be here. So, this is what I’m doing now.

“I couldn’t ride Excellent Chariot (神駿馬車) last time and circumstances went against me because I had already committed, but as soon as I saw him hit the last time the last day from a difficult spot, I chased Ricky and he was very happy to be put me on.

“It’s always nice to finish the season off strong.” 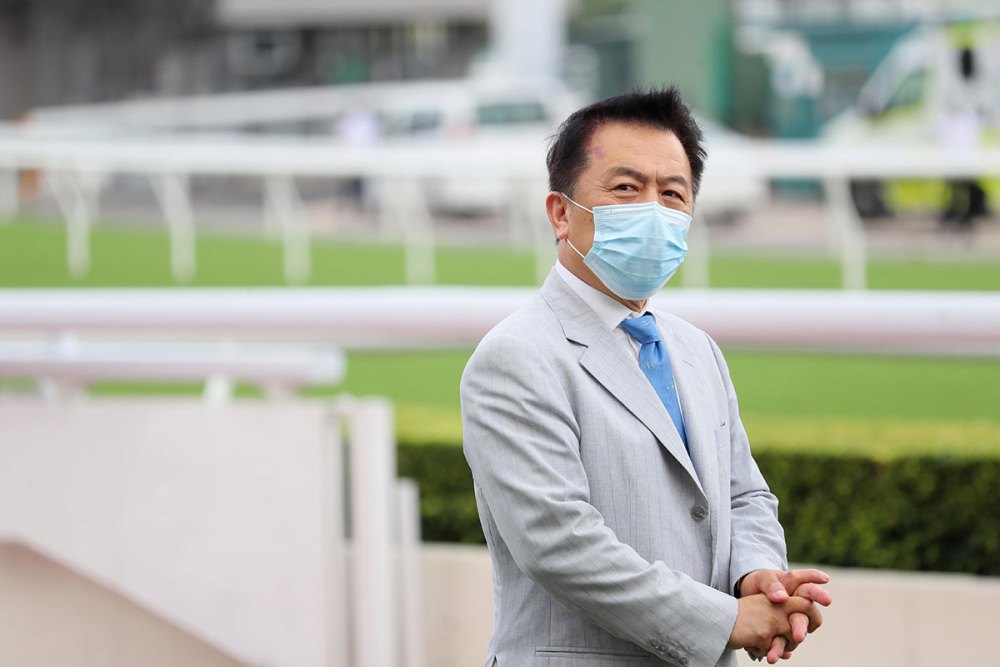 The reigning champion trainer, Yiu recently suffered an illness but is now slowly moving back to full capacity.

“I’m about 85-90 per cent, I’m just taking things slowly after the surgery. I felt better coming to trackwork this morning so I decided to come to the races,” he said, outlining 2021/22 plans for Excellent Chariot (神駿馬車).

“He’s been very genuine, hopefully he’ll do something in Class 3 next season.”

Jerry Chau became the first apprentice to ride 50 winners in a Hong Kong season when he reached the half century aboard Douglas Whyte’s Big Fortune (發財寶) in the Class 3 Sportsmanship 1200m Handicap.

“Jerry has got a lot of potential and he’s in a unique situation going forward,” Whyte said. “If he takes things progressively, keeps working hard and keeps a level head, there’s no reason why he shouldn’t be looking to finish top four or five next season.”

A 13-time champion jockey, Whyte and Chau combined to register a race-to-race double when First Responder (會長之星) narrowly prevailed in the Class 3 Better Future 1000m Handicap, with a short head separating the Helmet gelding from runner-up Good View Clarico (佳景福星), with an identical margin to Metro Warrior (精彩勇士) in third.

Dragon Commander (皇龍司令) continued his remarkable consistency with deserved success for Me Tsui and Dylan Mo in the Class 4 Guangdong-Hong Kong Cup Handicap (1800m), posting his second win for the season – his seventh successive top-three finish. 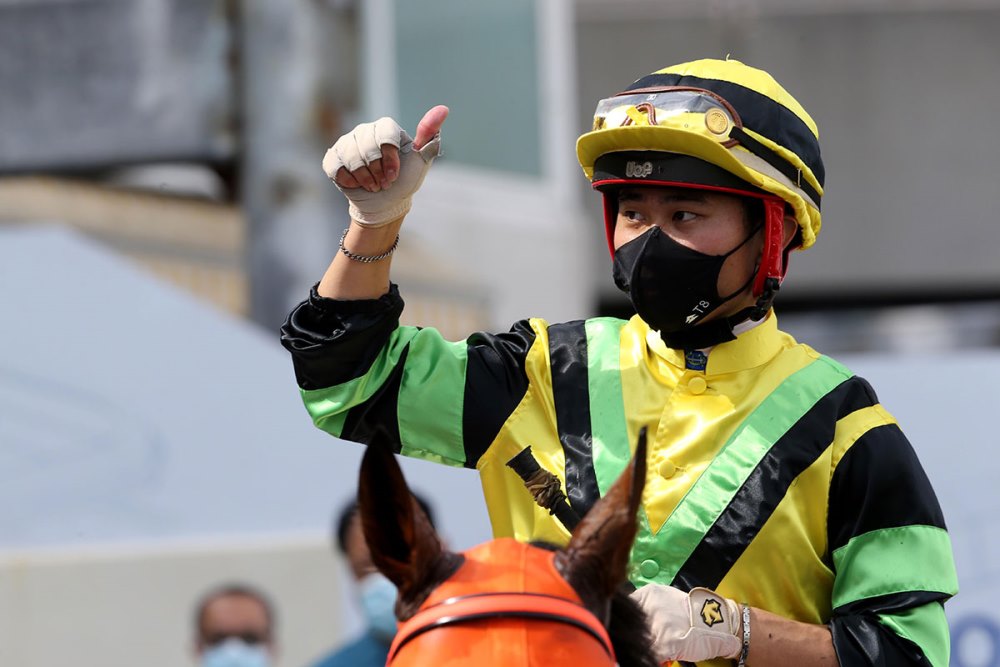 A son of Motivator, Dragon Commander (皇龍司令) took 28 starts to break through in Hong Kong after winning three times in Italy – including success at Listed level – when known as Way Back.

Tony Cruz zeroed in on a seasonal 50-win milestone when Street Scream (桃花盛) surged away to win the Class 4 Uncompromising Integrity 1200m Handicap under Vincent Ho. It was dual champion trainer Cruz’s 48th success for the season and the 58th for Ho.

David Hall believes Summit Cheers (攻頂) can graduate through the ranks after another solid performance under Zac Purton to win the Class 4 Serving The Community 1000m Handicap, the three-year-old son of Zoustar’s second success over the straight five-furlong course.

“Happy Valley, he just got it all wrong, he pulled hard and got the wobbles late,” Hall said, referring to a last-start sixth over 1200m at the city circuit.

“Down the straight here, he’s had two wins now – he had his rhythm and he was strong right through the line, but I think he’s a genuine Class 3 horse who next season can run around the bend.”

Ultimate Glory (歡樂小子), who started his career in Australia with Peter Snowden in 2013, posted his sixth win at his 94th Hong Kong start with a tigerish win in the Class 4 Riding High Together 1400m Handicap for Manfred Man and Alex Lai.

A 10-year-old, Ultimate Glory (歡樂小子) is now approaching HK$10 million in prizemoney after amassing 25 minor placings in a Hong Kong career which started in 2014. Thursday’s triumph was his first in 25 starts.