Joao Moreira will be crowned this season’s champion jockey in Hong Kong after a suspension to Zac Purton ruled the Australian rider out of the final two race meetings.

Leading 149-122, Moreira’s buffer was still possible to pursue but now, with Purton only available for the next two race meetings, the Brazilian will officially be named champion.

“It’s a very meaningful win for me, especially because I have been on the bench for three seasons in a row now and I had to find ways to ignite the flame within myself.

“I had a great determination when we started this season, I was more focused, I worked harder and I was more committed, I was hoping that I could really get there and with many other factors as well we did and we can say that now with Zac (Purton) being suspended,” Moreira said.

“It’s been such a different season to any other that I have gone through, I started off with health issues – the hip injury slowed me for a little while,” Moreira said.

The Brazilian damaged ligaments in the off-season to his left hip which niggled at him early on through the course of the season before he received treatment in October, 2020.

“It’s very obvious that I wouldn’t have done it without the support of a lot of people, we all know who has contributed big time and to all of those guys, I just have to express my gratitude to them and how thankful I am for the opportunities to ride such good horses and to also be given the confidence to do so,” Moreira said.

He also joined an exclusive club as just the third rider in the history of Hong Kong racing to have ridden 1,000 winners in the jurisdiction alongside only Douglas Whyte and Zac Purton. 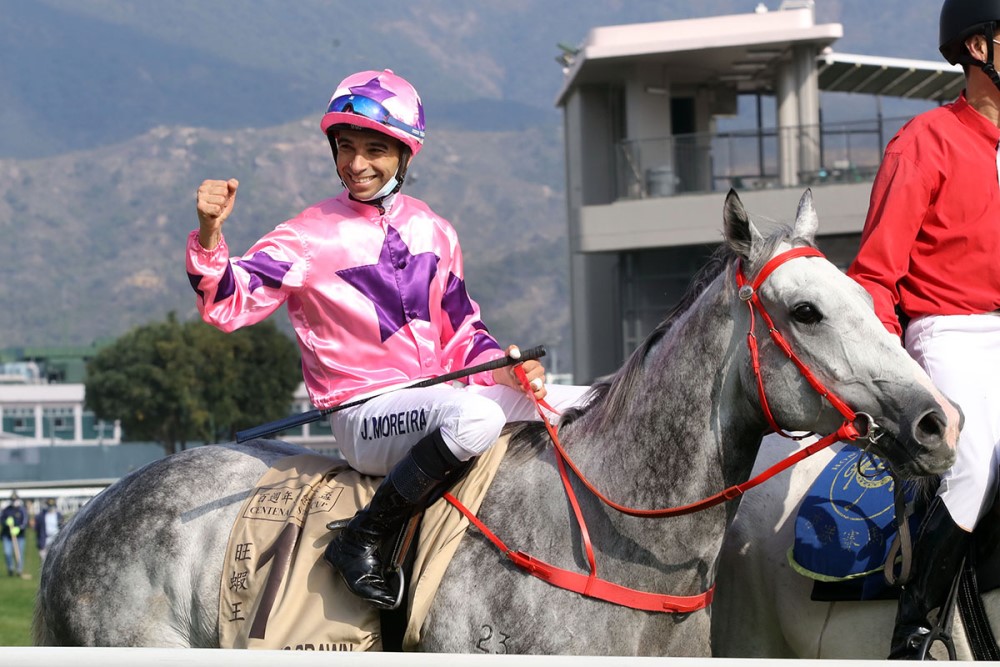 “It’s obvious that in the last three years I could have won the championship if I didn’t make mistakes or if things had gone differently but knowing that just gave me such a bad feeling,” Moreira said.

“The Derby, I would say is my favourite – it’s one of Hong Kong’s most important races but not just this, the circumstances that we were in with Sky Darci (達心星)– according to some he wasn’t the right horse to be on but to then go and win it was incredibly meaningful and I’m looking forward to the next one,” Moreira said.

Eager also for a break after an arduous 2020/21 campaign, Moreira has already begun planning for next season as he embarks on a fifth title in Hong Kong.

“I’m looking forward to the break but if you’re a rider and love winning races then you’re already thinking of how we’re going to make sure that we keep on winning next season and that is already in my mind.

“The preparation for next season has already begun, how am I going to keep it up because there’s going to be pressure, everyone will expect me to perform and how am I going to do that, I have to put a lot of thought into all of this,” Moreira said.

Such is the duo’s dominance after Purton’s initial title in 2013/14, between them they brought an end to Douglas Whyte’s supremacy of 13 years and between them have shared the past eight titles, four apiece. 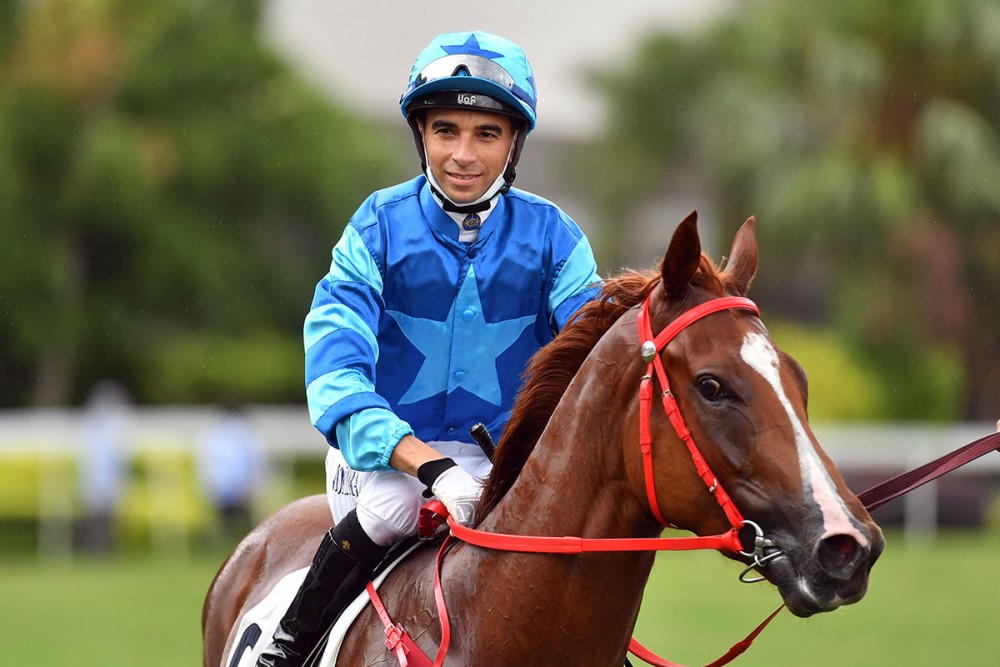 Joao Moreira has ridden 1,094 Hong Kong wins across his career.

“It seems a long season because of the situation the world is in, the virus has everyone stuck in the same place and we’re not allowed to go anywhere, even the break between the last two seasons, it didn’t give us the feeling that we had a proper break.

“Last season and this season feel like they have been linked together, it’s been a much tougher season for not just me but everyone else,” Moreira described.

With four race meetings left in the season, Moreira takes a full book of 10 rides at Sha Tin this Sunday (4 July), while the season’s final meeting takes place at Happy Valley on Wednesday (14 July).