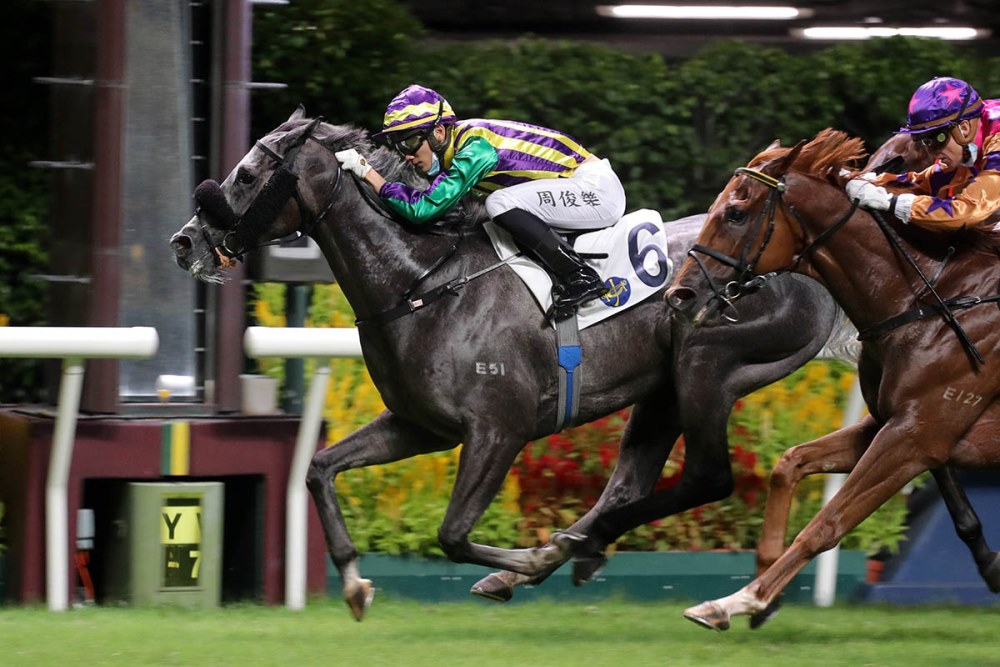 Jerry Chau’s quest for the Tony Cruz Award, the prize for Hong Kong’s most successful homegrown jockey in 2020/21, intensified with a treble at Happy Valley on Wednesday night (7 July) – and a massive compliment from 13-time champion rider Douglas Whyte.

Chau’s three-timer on Benno Yung’s Sure Win Win (福星高照) in the second section of the Class 5 Briar Handicap (1650m) and Whyte’s Rainbow Light (彩虹之光) and Simply Fluke (富祿) lifted the apprentice’s tally to 56 for the season – and to within touching distance of Vincent Ho’s 58 with two meetings remaining.

With five winners from the past two meetings, Chau is continuing to create a huge impression in his first full Hong Kong Season – and Whyte, a perfectionist, was effusive in his praise of the 21-year-old prodigy after Rainbow Light’s (彩虹之光) triumph in the Class 4 Green Lane Handicap (1650m).

“You wouldn’t get a much better ride than that – it’s probably his ride of the season,” Whyte said. “It was 10 out of 10 – Jerry won the race.
“We discussed it beforehand, it was about riding the horse with confidence and not hitting the front too soon. He’s a very young, immature horse from the northern hemisphere so he doesn’t know what he’s doing 100 per cent yet but Jerry rode him like a senior jockey.

“A lot of people wouldn’t understand – that was a very confident ride and a very heady ride. I know it’s only a Class 4, but he put that horse in a position, he followed the favourite and he waited and he was vulnerable. But when you’re riding with confidence, you can do things like that and it is just lovely to see a young man flourishing.” 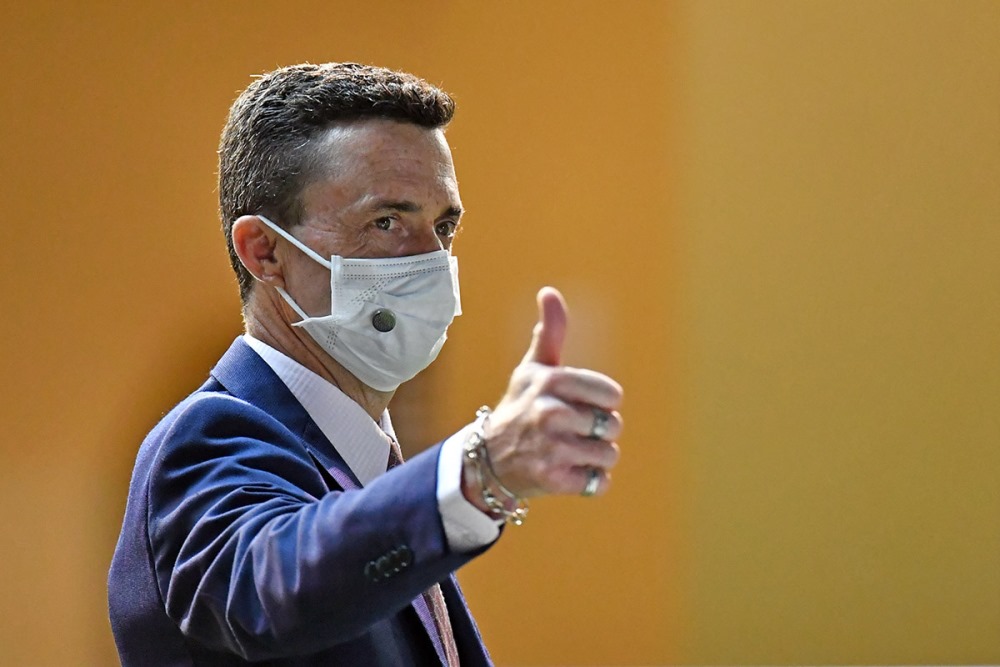 As the winner of the most races (1,813) by a jockey in Hong Kong, Whyte believes Chau would be a worthy winner of the Tony Cruz Award.

“He’s riding very well and, if he manages to get the award, he deserves it. For a young apprentice to be achieving what he is at the moment is phenomenal and that ride tonight should be taken into the perspective of how he’s improved as a rider and how he is addressing himself as a professional,” Whyte said.

Chau, who rode with tremendous success in South Australia for Leon Macdonald and Andrew Gluyas before returning to Hong Kong in 2020, said: “It’s been great, the form has been good. Thanks to my boss (Douglas Whyte) and also Mr Benno Yung for supporting me. I’ve been very lucky to get on some good horses lately.”

Chau opened the program with a measured ride on Sure Win Win, a Deep Field gelding.

“I won on him last start and I thought this time the barrier (gate one) made it easier and the horses in front just kept going and made it easier for him,” Chau said, who then tracked Joao Moreira (Savvy Kingman) before driving Rainbow Light to the line.

He then produced another icy ride on Simply Fluke (富祿), biding his time on the Keeper gelding, before sooling the six-year-old down the middle of the track to snare the second section of the Class 4 Hawthorn Handicap (1200m). 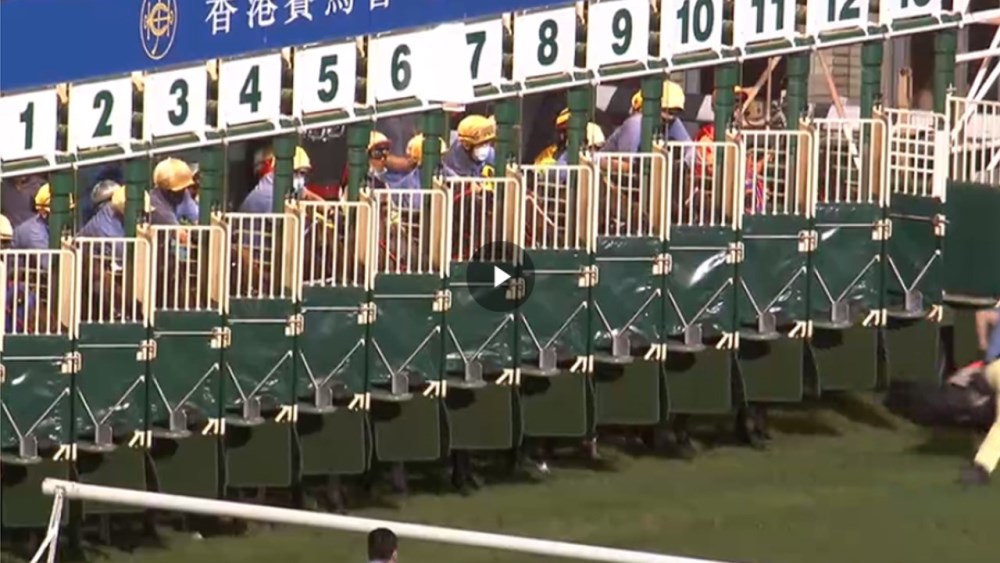 Paul O’Sullivan posted a double when Faribault claimed the Class 4 Sauternes Cup Handicap (1000m) under Karis Teetan. Earlier, Hong Kong International Sales graduate Ka Fortune (嘉喜旺), a son of Farhh, broke through for his first win under Neil Callan for the Kiwi handler in the first section of the Class 5 Briar Handicap (1650m).

“I think the step up to 1650m has helped him,” O’Sullivan said. “He’s done a good job and I think he can win again in this class before he goes up.”

The victory was Irishman Callan’s fourth in 10 rides across three meetings.

Purton closed the meeting in style, notching his 125th winner for the term with a copybook ride aboard Everyone’s Delight (大眾開心) in the Class 3 Holly Handicap (1650m). 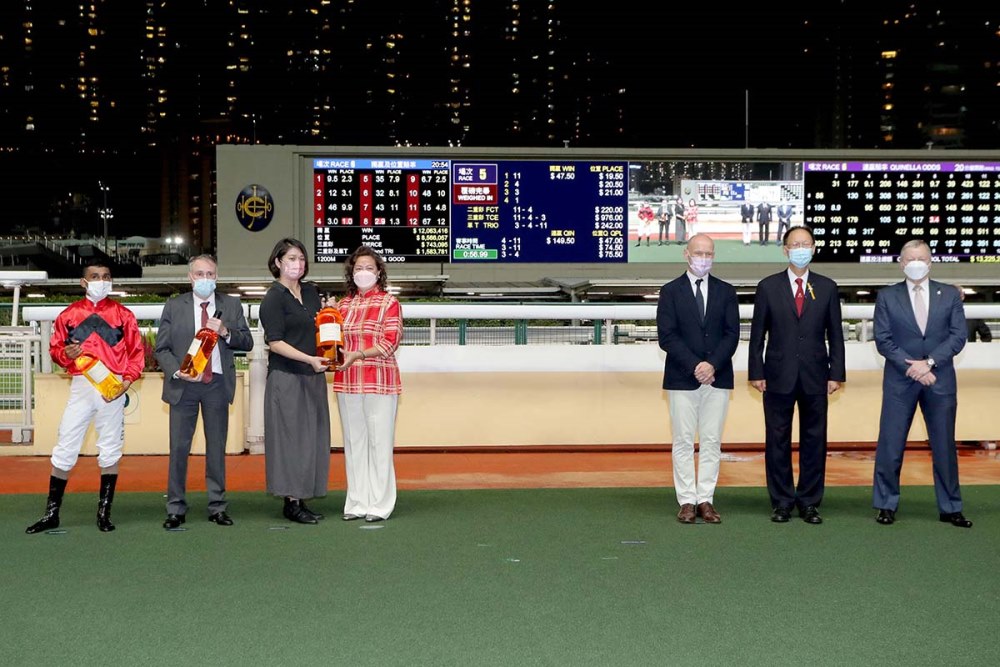 The presentation ceremony for the Class 4 Sauternes Cup Handicap (1650m).

Michael Chang’s Family Folks (齊齊友福) earned a HK$600,000 bonus as a Hong Kong International Sales graduate, after the Snitzel gelding prevailed in the first section of the Hawthorn Handicap (1200m) for Antoine Hamelin.