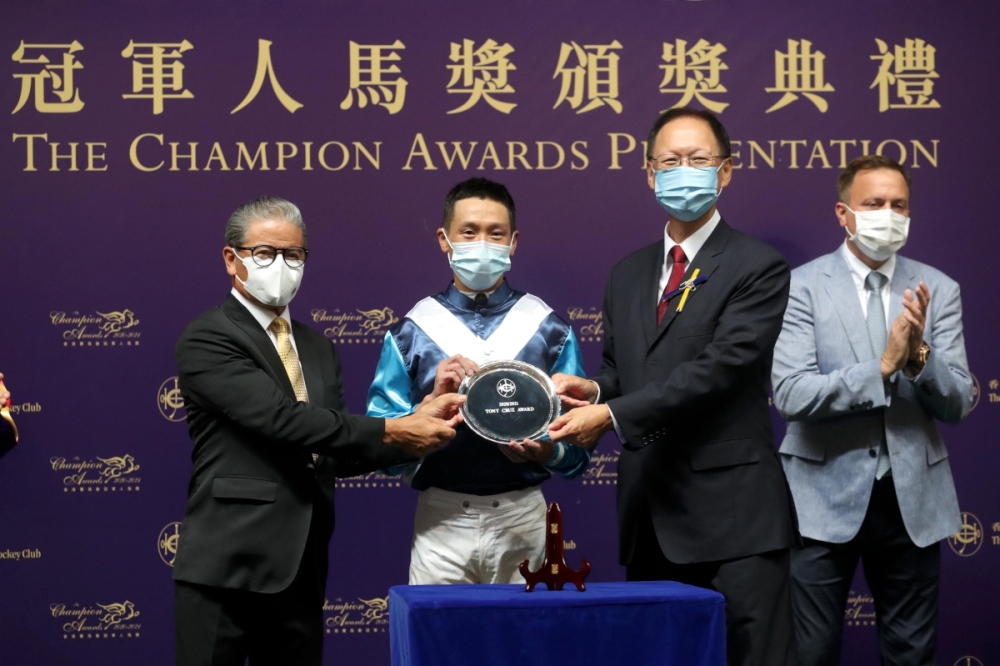 Already the jurisdiction’s leading Group 1 rider in 2020/21 with five successes at elite level – four on Golden Sixty (金鎗六十) and another on Loves Only You (唯獨愛你) – Ho finished the term with 61 wins to deny apprentice Jerry Chau, who completed a phenomenal first full season with 58 victories.

Ho finished fourth on the jockeys’ championship behind Joao Moreira (157), Zac Purton (125) and Karis Teetan (79) before paying rich tribute to the Club and Chau.

“It’s been an incredible season for me. I just want to thank the Jockey Club, the Racing Development Board for the way they support local jockeys even after we graduate with financial support for us to go overseas every summer,” Ho said.

“That has made me a better horseman for sure. I want to thank all the owners and trainers who support me.

“I congratulate Jerry. He did an amazing job as an apprentice – just incredible. I’m already looking forward to watching him ride next season. It is an incredibly competitive environment and that’s how we all improve. 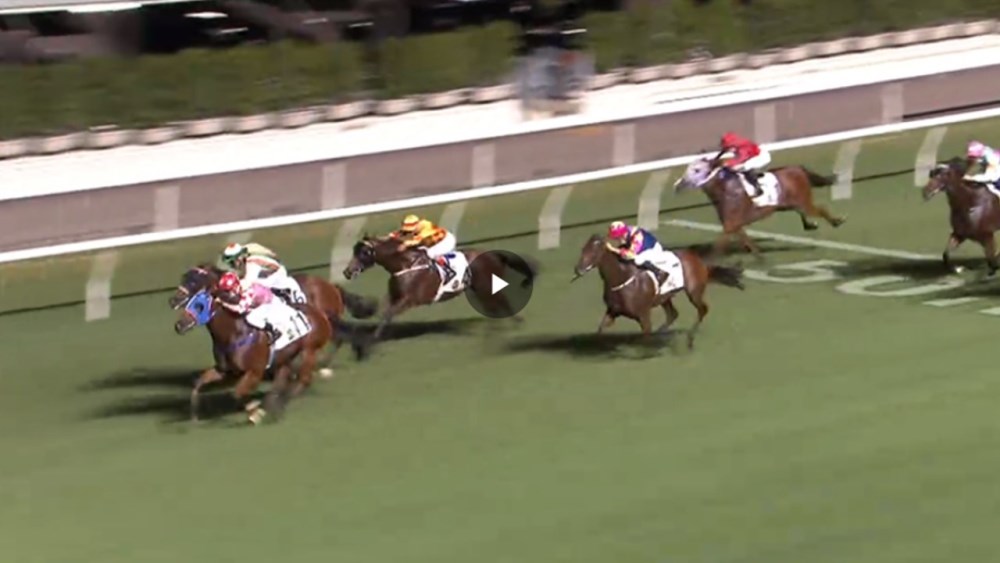 Vincent Ho kicks off a double with victory aboard Happily Friends (歡樂好友).

Caspar Fownes ended the season with 79 victories, six ahead of John Size (73) and Frankie Lor (65).

With both Moreira and Fownes assured of a fourth championship, respectively, the Tony Cruz Award was the sole interest in terms of undecided titles.

Ho took the early initiative with victory on Jimmy Ting’s Happily Friends (歡樂好友) in the second section of the Class 4 Sung Tak Handicap (1200m), stretching his lead over Chau to three wins with only six races left in the season.

But Chau fired back immediately when Douglas Whyte’s Xponential (量化歡騰) clinched the first section of the Class 4 Sung Tak Handicap (1200m). The race was marred by a fall involving Island Shine and Karis Teetan. Both horse and rider were uninjured.

Ho then had to endure an anxious wait before correct weight was posted after his ride on David Hayes-trained Red Impact (紅褲之王) in the Class 4 Hau Tak Handicap (1650m) as stewards held an inquiry into the closing stages of the race. 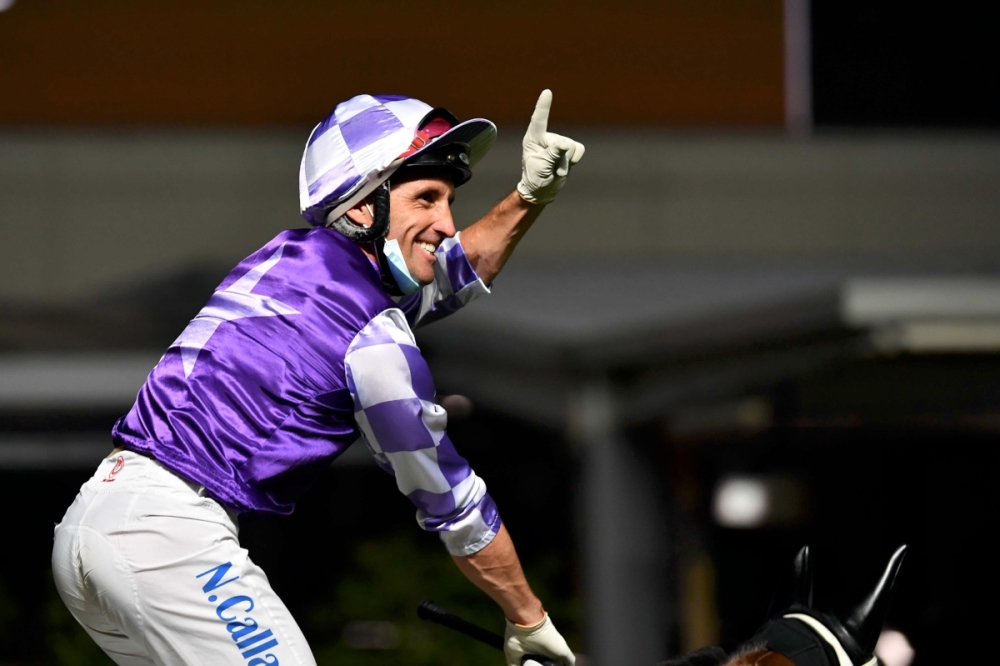 The Irishman departs Hong Kong with 283 wins in the jurisdiction.

“I’ve proved tonight, on the last night, that I can hold my nerve and control the emotion and still ride at my best. “Now I go home for my family – it’s all about my family. It was brilliant to win,” Callan said.

Victor Wong scored an uplifting victory on Shanghai Power (有苗頭) in the Class 5 Link Handicap (1000m), posting his first win of the season at his 231st ride – a year after his last success.

Badly injured in a track fall in May, 2019, when he suffered back and chest fractures, Wong had registered 12 minor placings until Wednesday night’s drought-breaker.

“I had waited for a long time but the last day, I just relaxed and I tried to do my best to see if I could get it (the win),” the 27-year-old said, before crediting trainer Me Tsui for his patient counsel.

“On the horse and even off the horse, he (Tsui) has given me some suggestions for training like sprinting – do some 10-second sprints but do a few sets to make the last 100m (in a horse race) stronger.
“The trainer told me to go to the trainers’ stand more and try and sell myself to other trainers and get more rides because I’m not really good at selling myself.” 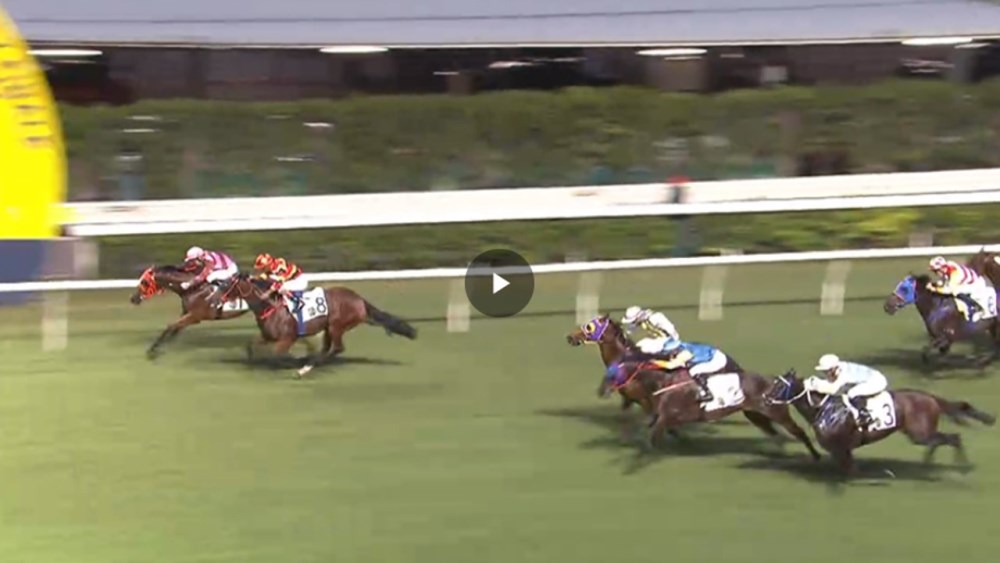 “If Joao (Moreira) had ridden this horse, they would have said Joao rode a winner for me. But if Victor Wong rides? They say I gave the winner to Victor Wong. It’s upside down.

“For this race, I think Victor Wong helped me more than I helped him.”

Harry Bentley posted his fifth victory of the season when Tony Millard’s Resolute (多多寶驥) lived up to his name with a gritty win in the Class 3 Broadwood Handicap (1000m).

Millard snared training honours on the card when Derek Leung drove Sparkling Dragon (飛霸龍) to victory in the Class 2 Sports Road Handicap (1200m) to close the season with a second successive victory.