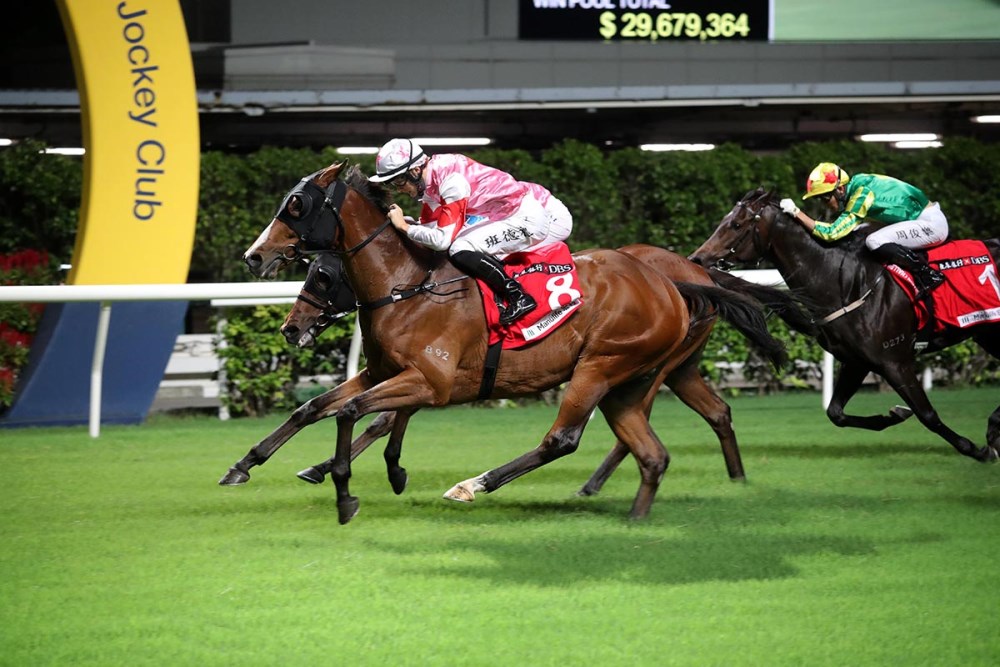 Demonstrating the benefits of an exhaustive three-month stint at the end of last season, Harry Bentley put hard-won lessons into immediate effect with victory on Turin Redstar (都靈紅星) in the Class 3 Community Chest Cup Handicap (1650m) at Happy Valley on Wednesday (8 September).

“It’s a fantastic way to start the season, I’m very pleased to have grabbed a winner on just the second meeting,” said Bentley, who rode five winners in Hong Kong last season. “It was very important for me to keep up the momentum that I finished with at the end of last season, just to bang in one early is great – it fills me with confidence.

“The fact I rode the last three months of last season – I knew it wasn’t going to be easy to come into the jockey ranks – gave me some valuable experience while gaining contacts and understanding how the whole system works.

“It’s enabled me to start this season with a bit of traction.

“I was drawn well in (barrier) two, but there was a good old battle at the start to get that handy box position. I decided to take my mount back and get a breather in a perfect position in the second pair, one off the rail, and he relaxed well. He’s not got the best turn of foot, but I was confident at the top of the straight.”

Described by trainer Douglas Whyte as “an old man” with “a few aches and pains”, Turin Redstar (都靈紅星) shares leadership of the DBS x Manulife Million Challenge with Resolute (多多寶驥), who narrowly triumphed in the Class 3 Repulse Bay Handicap (1000m) for Tony Millard and Joao Moreira.

Decisive Twelve (十二馬) also holds joint share of the lead with 15 points after victory for Chris So and Alexis Badel in the Class 3 Shek O Handicap (1200m).

The challenge operates under a points system of 15 points for a win, six for second and four and three points, respectively, for third and fourth.

In a sign of things to come, Joao Moreira, Zac Purton and Karis Teetan – last season’s top-three in the championship – have quickly surged to the fore.

Danny Shum has been one of Purton’s strongest supporters for many years – the pair shared 29 winners last season – and the duo already has three victories in tandem this term. 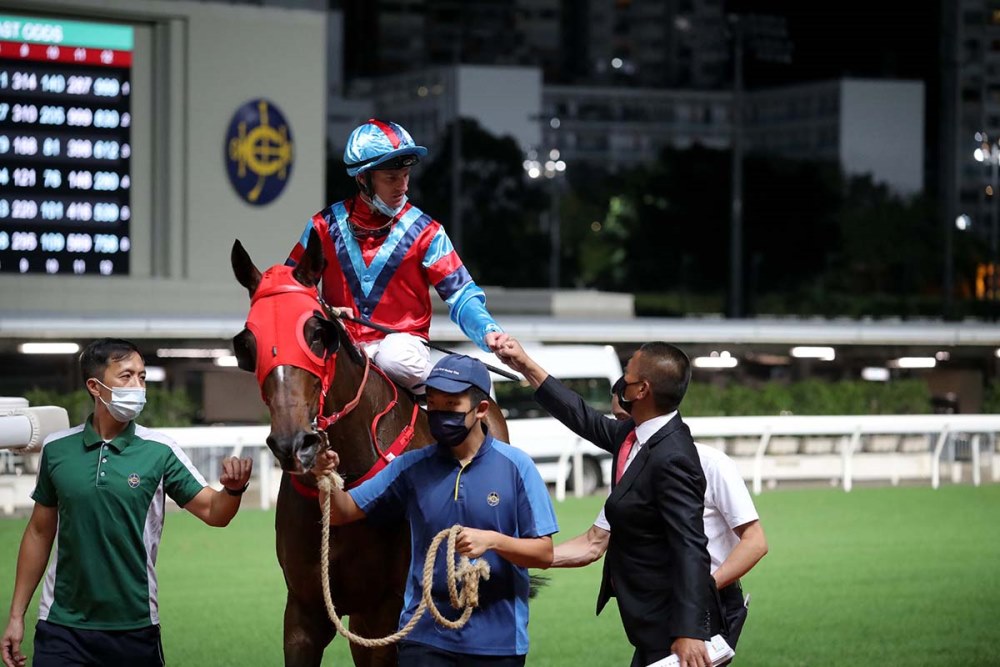 “I’ve always had a very good relationship with Zac because we trust each other. It’s good teamwork,” Shum said.

Me Tsui-trained Shanghai Power (有苗頭) kicked off the Happy Valley season in superb fashion with a sustained display of speed under Moreira to win the Class 5 Big Wave Bay Handicap (1000m) in a new class record of 56.52s.

Teetan continued searing form with victory on Wood On Fire (木火同明) in the second section of the Class 4 Chung Hom Kok Handicap (1200m), prompting trainer Peter Ho to describe the success as “precious.”