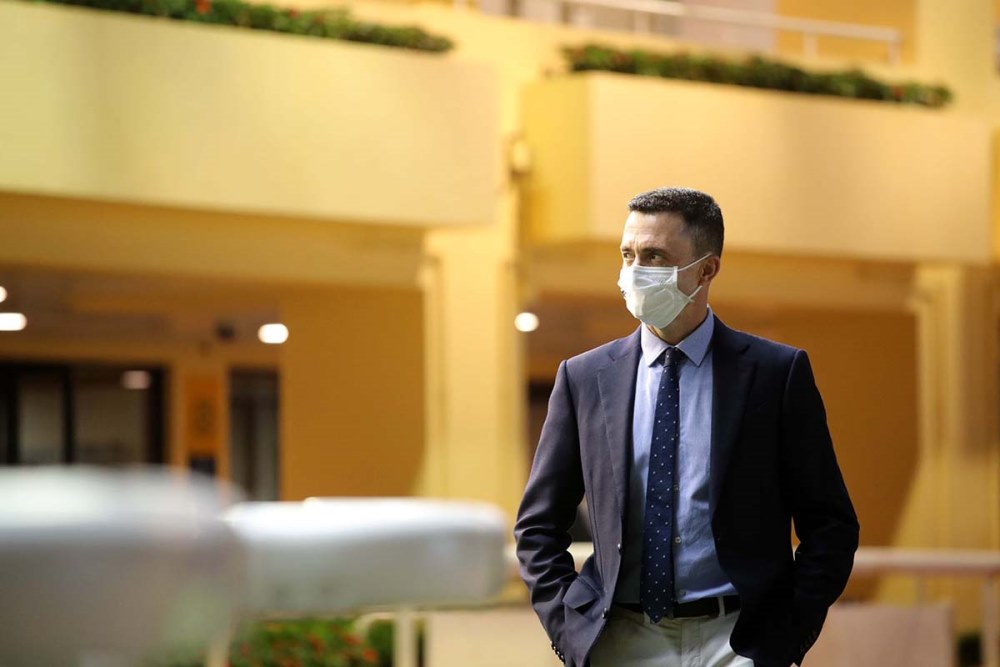 Driven by a signature desire to excel, Douglas Whyte is contemplating a career-high of 50 winners for the season after opening the 2021/22 term with victories at the each of the first two meetings.

Renowned for attention to detail and unstinting professionalism as the most successful jockey in Hong Kong history with a phenomenal 1,813 wins and 13 consecutive riding championships, Whyte is quickly bearing down on the 100-win mark as a trainer after hauls of 44 and 41 in his first two terms.

Following the victories of First Responder (會長之星) and Turin Redstar (都靈紅星) at Sha Tin and Happy Valley, respectively, in the opening week of the season, Whyte is continuing an impressive upward trend.

“To be totally frank, I haven’t set a goal this season, but I would like to hit around the 50-win mark,” he said.

“I’ve learnt a lot over the last two years, I’m enjoying what I’m doing and I think the consistency is starting to show. The horses are running well, I’m getting them into a good frame of mind and when they do get their chance at the races, they seem to be very competitive.

“I’m comfortable with the way things are happening at the moment.”

Seventh in last season’s championship, Whyte will saddle six runners at Sha Tin on Sunday (12 September), including Super Ten (勁力十足) and Harmony Spirit (協進神駒) – both of whom will be partnered by apprentice Jerry Chau. 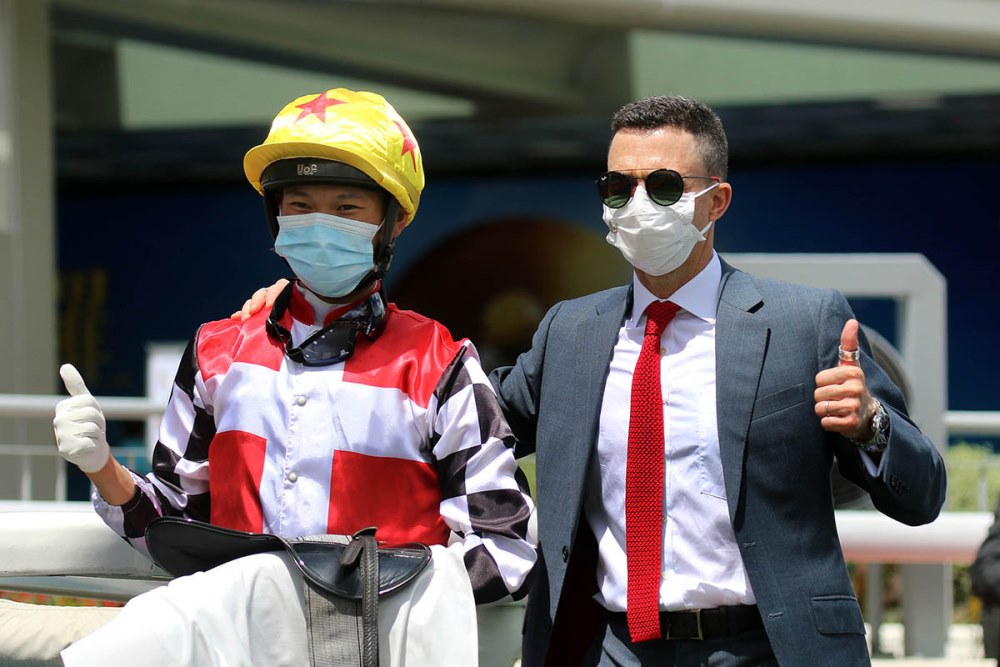 Douglas Whyte and Jerry Chau have proved a winning combination.

Super Ten (勁力十足) will bid for his fourth win in seven outings when he contests the Class 3 Kwun Tong Handicap (1400m) from barrier one.

“He’s a lovely horse, I’ve had him since he was a Griffin and he’s been very immature, he’s a big horse by Ocean Park. The summer break, and with him turning four, is going to put him in good stead for the season,” Whyte said.

Whyte hopes Harmony Spirit (協進神駒), who will start from barrier three in the Class 3 Kowloon Bay Handicap (1200m, dirt), can break through after posting four minor placings from his first 13 outings in Hong Kong.

“He’s been very consistent. He trialled well the other day and if he doesn’t get a wet sloppy track, which was the reason for his disappointment last time (when eighth on the dirt at Sha Tin on 13 June), he can run well.”