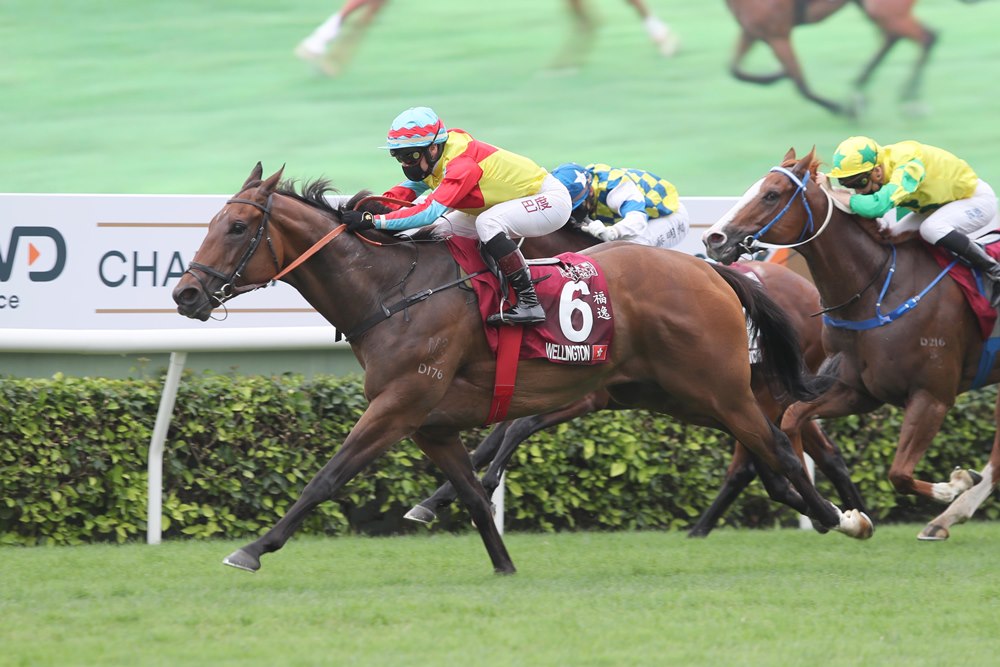 After a superb first full-season in Hong Kong which encompassed Group 1 glory, jockey Alexis Badel is brimming with excitement ahead of Wellington’s (福逸) return after partnering the star sprinter in a hit-out on the turf at Sha Tin yesterday (Monday, 13 September).

“I’m definitely excited, I always knew he was a special horse and it’s good to see a horse like this achieve and perform at this level,” Badel said.

“I jumped him out from the 1800 metre start on the grass, it was an easy piece of work just after his break but the horse feels good, he’s ready to trial,” Badel said.

Having notched 58 wins through last term, Badel’s brilliant first full term was bettered by only a handful of riders; he finished fifth in stakes money earned by his mounts on HK$101.92 million.

“He is definitely more mature, he’s a horse with a lot of personality, he’s always happy to be on the track,” Badel said.

Under the care of trainer Richard Gibson, Wellington (福逸) boasts an impressive record of seven wins from 10 starts after making his debut in January, 2020.

“He’ll run his two races to try and get him ready for the big one,” he outlined.

Looking ahead to Wednesday’s (15 September) fixture at Happy Valley, Gibson has a team of three entered across the eight-race fixture including Loving A Boom (年年旺) (120lb) in the Class 2 Wong Chuk Hang Handicap (1200m).

“He’s become a real favourite amongst the fans and we get lots of messages about him, he’s been very consistent the last two seasons at the Valley – we’re lucky to train horses like this,” the handler said.

The Irish-bred son of Acclamation has proven himself as an incredibly consistent performer with 14 top-three efforts to his name in Hong Kong.

“He’s got a very distinctive style of running, he’s got to come off the speed and that’s why he hasn’t won many races, everything has to go right at the Valley for him to be able to produce his good turn of speed at the right moment,” Gibson said.

A one-time winner, the gelding’s remarkable reliability saw him finish no worse than fifth last term, including seven top-three efforts from 11 runs in all.

“He’s a year older, he ran at the back end of last season and he worked nicely on the turf in a piece of work the other day – I’m happy with his shape,” Gibson said. 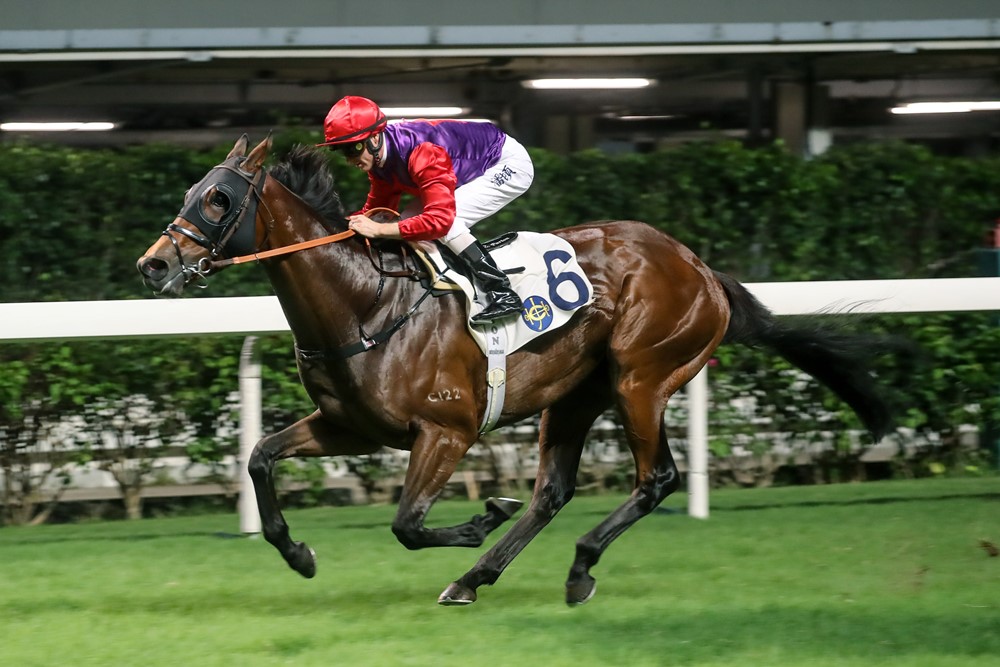 “He’s a nice horse, he tries very hard and he has a big heart, so maybe early on this season in Class 2 with a light weight he will find a way.

“Of course, he’ll need everything to go his way, the draw is decent, so it could help as there might be a lot of pace in the race – I feel like he should have a very good chance to do well,” Badel said.

Earlier on the card, the Douglas Whyte-trained Simply Fluke (富祿) bids for a hat-trick of wins at the city circuit in the Class 3 Tai Shue Wan Handicap (1200m).

“He seems to have started off where he left off (at the end of last season) – his trial at Conghua 10 days ago was as good as it’s been,” Whyte said.

The gelding is a five-time winner from 27 starts in Hong Kong with four of his wins coming over tomorrow night’s course and distance.