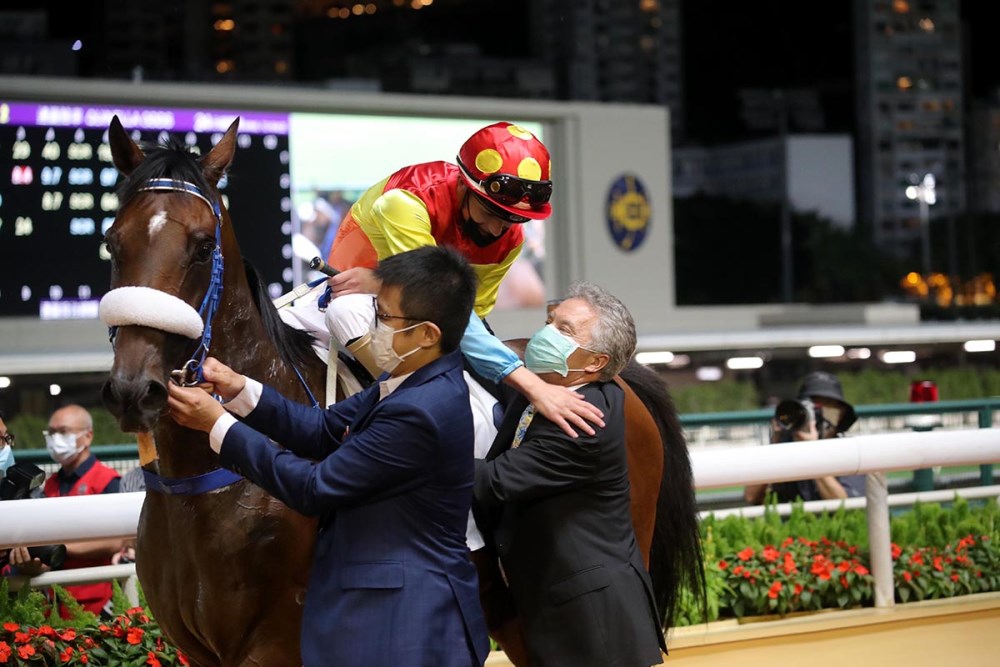 Riding in his 21st race in Hong Kong since relocating from South Africa, the 19-year-old was hoisted into his father’s arms in a telling show of post-race emotion after Go Ballistic (睡眠攻略) notched his first victory at his 27th start.

“I didn’t even know he had that in him,” the talented Group 1-winning jockey said of his father’s embrace. “It must have been adrenalin. The last time he did that (lifted his son into his arms), I must have been five (years old).

“Very fitting that the first winner was for Dad. I’m over the moon to have my first winner in Hong Kong. It’s a bit of a feat and to have it for Dad is the cherry on top.”

Raised in Hong Kong before returning to the land of his birth, Ferraris is the most recent addition to Hong Kong’s decorated riding ranks and he has quickly learned the value of opportunities. 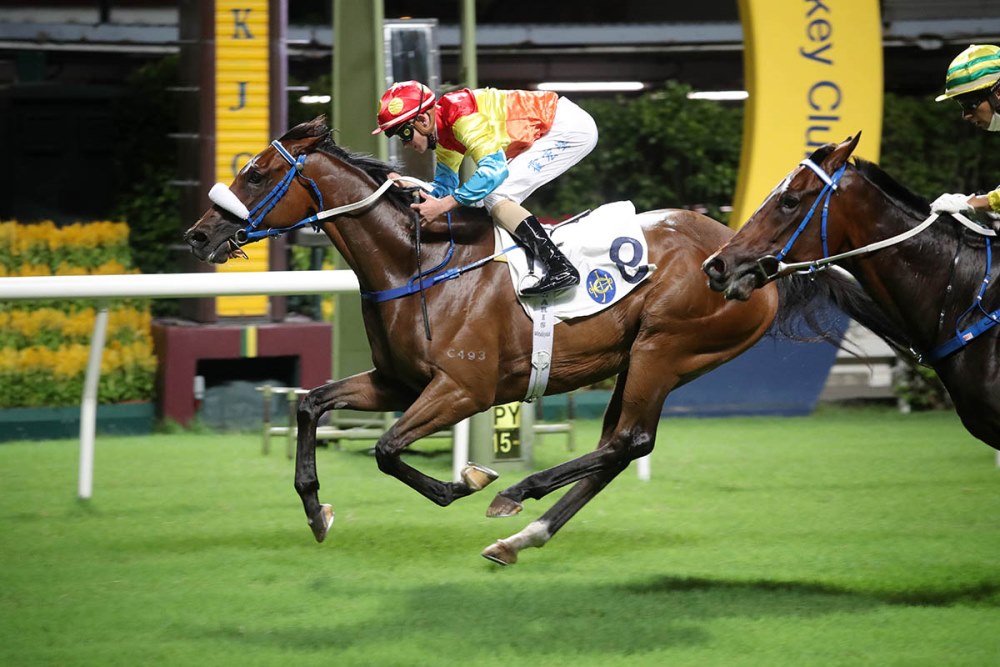 Luke Ferraris triumphs for the first time in Hong Kong.

Ferraris could scarcely have done more to showcase his talents than with his tactically brilliant display aboard Go Ballistic (睡眠攻略) in a display which left his father suitably impressed.

“It’s like a dream for us,” Ferraris Senior said. “His father might be battling, but at least his son’s on his way, so I’m very happy with that.

“He’s a top rider, he’s a multiple Group One-winning jockey and he can hold his own anywhere. The trainers will see that.”

As for Go Ballistic (睡眠攻略), Ferraris was pleasantly surprised by the gelding’s effort.

“He’s been dreadfully disappointing, he’s by a very average stallion Duke Of Marmalade – a very poor stallion – but he looks a million dollars, so hopefully he can win in Class 4,” he said.

“He’s still keen in the mornings at trackwork but in time I think he can get 1800m,” Lor said. “For the time being, we’ll keep him at Happy Valley.”

The success gave Fa Fa (俏芳華) a share of the lead in the DBS x Manulife Million Challenge, which involves Class 3 contests above through until 23 February.

Jumping from barrier 12, Purton angled the six-year-old from the outside gate to the rail by the first bend before scything his way past tiring runners in the home straight.

Harmony And Rich (和氣生財) also steamed into contention after a dashing display in the Class 2 Wong Chuk Hang Handicap (1200m) for Matthew Chadwick and Me Tsui in course record time of 1m 08.46s, toppling the previous mantle held by Ivictory.

Earlier, Francis Lui and Vincent Ho teamed for their first winner – individually and collectively – of the season with Spicy Grill (辣得驕) in the Class 5 Nam Fung Handicap (1200m), a success Lui hopes is a portent of many more triumphs.

Two races later, Great Harvest (種福者) again showed a decisive affinity with the city circuit’s 1200m course with a fourth victory from six attempts at the trip in the first section of the Class 4 Shum Wan Handicap under Alexis Badel.

Karis Teetan continued a strong opening to the season with victory on Jimmy Ting-trained Lucky Diamond (鑽石福星) in the Class 4 Island Handicap (1650m).