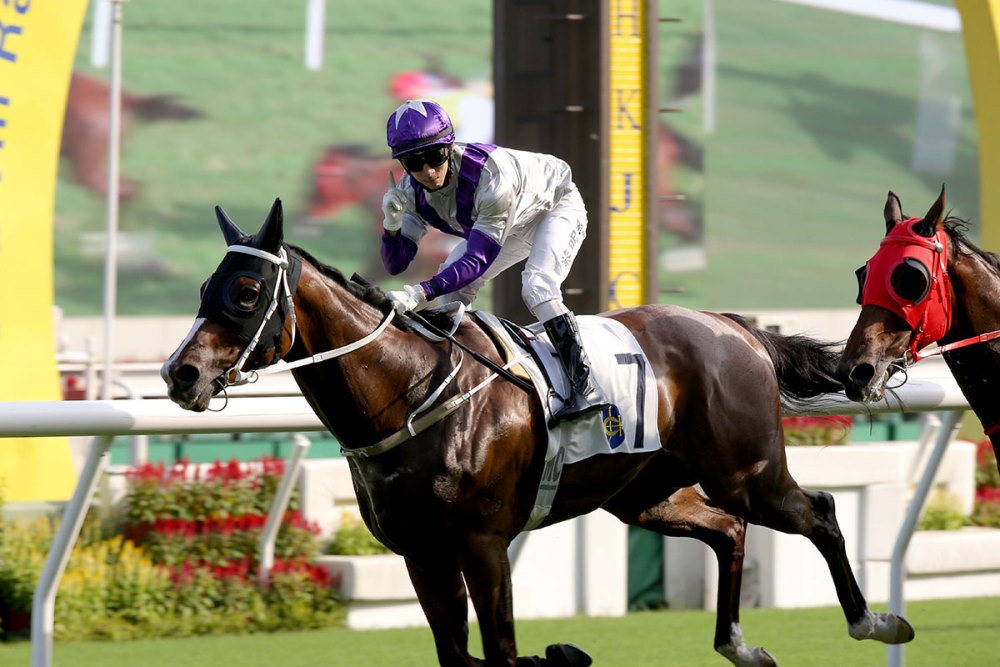 Winless in nine starts since November last year, Buddies prevailed in Hong Kong’s first Group race of the season as a 23/1 outsider after defying Tourbillon Diamond (飛輪閃耀) and short-priced favourite Sky Darci (達心星) by dictating from the front.

The tactics, hatched by Cruz and Chadwick, delivered a triumph which stunned most – but neither trainer nor jockey.

“Not really a surprise because I expected to be up the front,” Cruz said. “I expected him to lead this race and, on this track today, I think it was an advantage to lead. He had a light weight (113lb), so I got the right jockey on him.

“He’s a good front rider, Matthew Chadwick. It was not a big surprise to win it. I expected him to run in the first four. Last season, he ran fifth (in the same race behind Golden Sixty (金鎗六十)) and this year he is much fitter for the race.

“This horse has won by leading before, he’s an honest horse but I know he is at his peak today.” 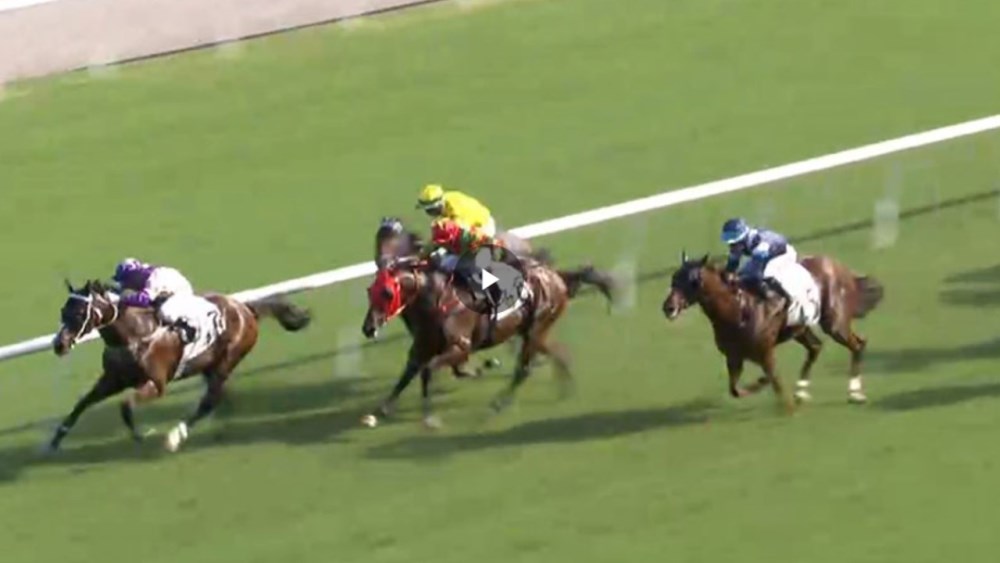 Cruz will next target the G2 Premier Bowl Handicap (1200m), but remains sceptical over the son of So You Think’s ability to contend at a shorter trip.

Chadwick continued a strong start to the season with a heady ride, edging to a handy lead in the straight as Tourbillon Diamond (飛輪閃耀) and BMW Hong Kong Derby (2000m) winner Sky Darci (達心星) unavailingly set out in pursuit.

“It was fairly simple – we had one plan (and that was) get to the front and we got there pretty easily with the light weight,” Chadwick said.

“I was able to give him a breather and he kicked hard in the straight. I thought once I got there, they wouldn’t take me on with the light weight. The ground seems to be getting a bit faster, it suited us today and he kept running.

“He’s improved from his first run so we’ll just have to wait and see (what the future holds) but fingers crossed (he can win more Group races).”

Alexis Badel shared riding honours with Zac Purton with a double after closing the meeting with a clever display on Manfred Man’s Trillion Win (必長勝), who denied Purton and Naboo Attack (肥仔叻叻) in the Class 2 Cheung Hong Handicap (1200m).

“I like this horse, he’s been a good horse,” Badel said of Trillion Win (必長勝), who relished a trouble-free run while Naboo Attack (肥仔叻叻) was forced to weave his way through the field late.

“He deserved a win like this, he’s getting more mature. He’s still a young horse, he’s still got a lot to improve. I was patient with this horse because he still looks around, but I think he has a good future.” 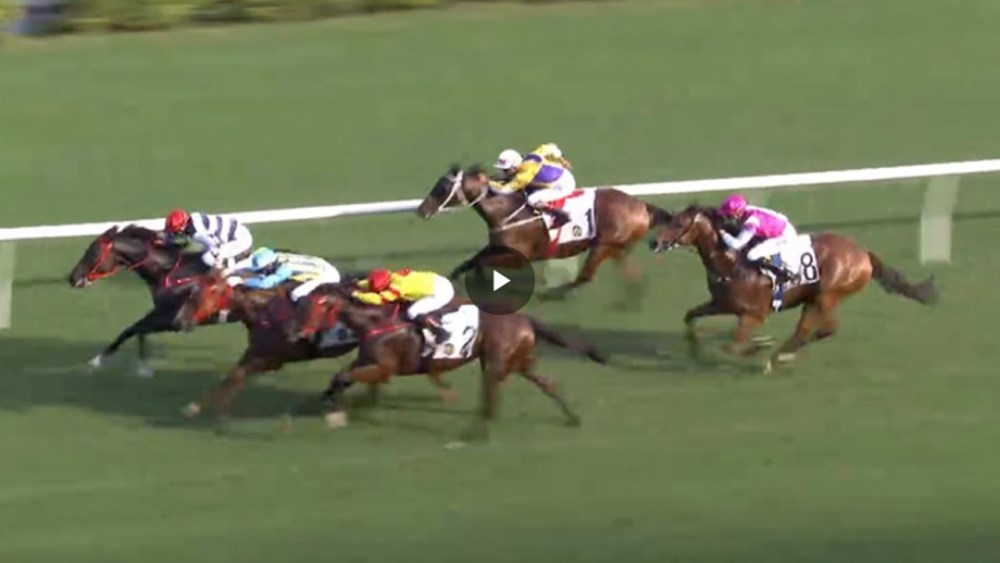 Packing Victory (包裝長勝) maintained his unblemished record for Danny Shum with a third consecutive victory under Purton after a gritty performance to fend off talented newcomers Five Elements (五門齊) and Master Delight (喜譽寶) in the Class 3 Fu Tai Handicap (1200m).

“It was a good effort, they tried to make it hard for him – they took him on,” Purton said.

“They tried to box him, but I maintain his rhythm and keep him in the right spot. He was there to be beaten and he fought hard.

“For a young horse, it was a good effort.”

Joao Moreira celebrated his birthday with success on Cruz-trained Master Hero (將俠) in the Class 3 Hing Man Handicap (1400m). This afternoon’s victory is the Hong Kong International Sale graduate’s second from 12 starts, taking his earnings to in excess of HK$2.5 million.

“That’s what we’re here for, to ride winners,” the reigning champion jockey beamed. “The horse didn’t have everything his own way. He had to face the breeze. He didn’t let us down. I’ve had faith in this horse for long time and the trainer and his team have done a fantastic job to get this horse back to resume in this way.”

On a programme littered with desperately close finishes, four races were decided by a short head, underlining the competitiveness of Hong Kong racing.

Benno Yung’s Voyage Star (遨遊之星) was one such victor, under Badel, in the second section of the Shun Lee Handicap (1400m). 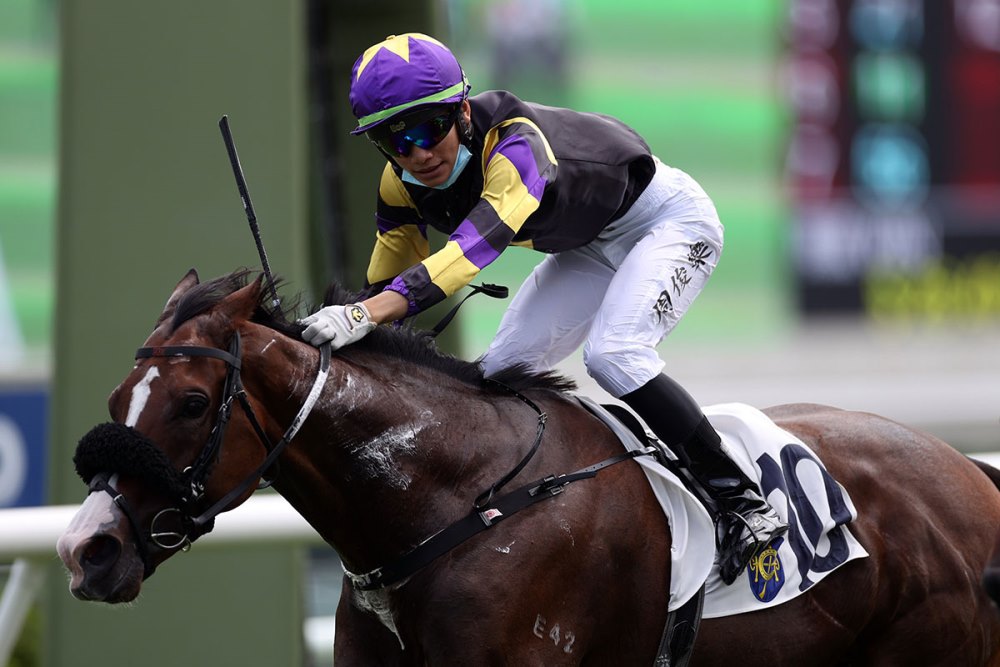 “The owner is happy, the horse is very honest and the jockey did exactly what I told him to do, so everything works,” Ho said. “He (Lai) used to be my apprentice, we have good communication, we work as a team.”

“One more stride (and he gets beaten), good tough win,” Lor said. “Maybe he can go to 1400 metres. It might be easier for him over more ground.”

Elon (張燈結綵) provided Size and Brazilian jockey Borges with their first success of the season with a barnstorming finish in the Class 3 Fuk Loi Handicap (1200m, dirt) after Dennis Yip’s Iron King (打鐵趁熱) set a Class 5 record of 1m 08.64s in winning the Wah Fu Handicap (1200m) under Purton.