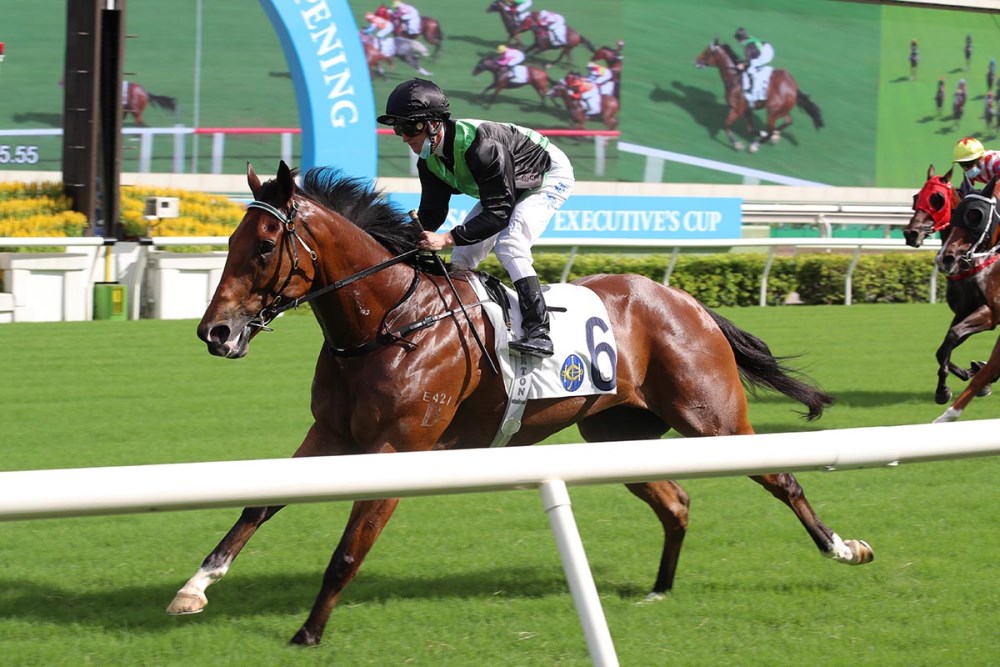 Following his jaw-dropping debut at the season’s opening fixture, emerging star Nervous Witness (緊張大師) (121lb) will look to enhance his record to a perfect two when he lines up in Friday’s (1 October) Class 3 Shanghai Handicap (1000m) at Sha Tin.

The Star Witness four-year-old scored imperiously first-up in Hong Kong, untouched as a 1.3 favourite under a motionless Zac Purton, over this course and distance in 55.71s.

“He was impressive first time and that was off the back of one fairly soft trial, so you’d like to think that he’s going to improve – I’m looking forward to riding him,” Purton said.

Sporting the famed silks of the exceptional Silent Witness (精英大師), the bay’s rousing win turned heads – including Purton’s – and the Australian rider is buoyant of the galloper’s ability to continue his ascent through the grades.

“He’s certainly well built, he’s strong and he’s got a lovely action – there’s a lot to like about him,” he said.

“I worked him (Nervous Witness (緊張大師)) again this morning (Tuesday, 28 September), he’s quite an eager horse, he really wants to get on with things – that’s his little vice at the moment but obviously over the 1000 (metres) it’s just a case of getting him into his rhythm and letting him do his thing,” the four-time champion jockey explained.

Trained by David Hayes, the four-year-old arrived in Hong Kong from Australia in March, earlier this year. Prior to export, he crossed the line first by five lengths in a barrier trial at Tatura in Victoria when known as Bill’s Kick. 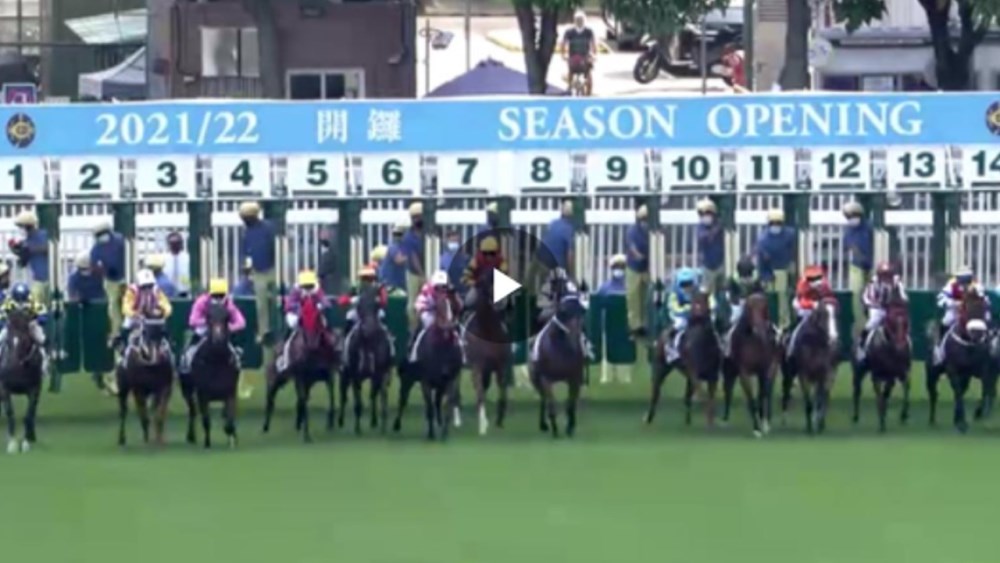 “He’s just got to harness is eagerness and learn his race craft a little bit better because once you get up there with the big boys you need to do everything right because they don’t make mistakes,” Purton said. “But he’s only had one start, so naturally they improve and hopefully he does that.”

Nervous Witness (緊張大師) lines up against nine others as he steps up to Class 3 for the first time, including three-time winners Carroll Street (當家精神) (133lb) and Dublin Star (都柏名駒) (127lb) as well as Good View Clarico (佳景福星) (132lb), a four-time winner from 17 starts.

Enjoying a fast-start to the new season, Purton has pinged out of the gates with 13 wins, leading the jockeys’ championship to Joao Moreira (9) in second and Alexis Badel (6) in third.

“The season’s started really well, obviously it’s helped that Danny Shum and David Hayes have both had good starts to the season and I’ve been riding for them, so naturally that’s kicked me along a little bit – hopefully they can continue to do well and support me.

“But as well, a few other trainers when they get going – let’s see if I can really start to build some momentum then,” Purton said.

Purton takes nine rides at the meeting including Master Montaro (包裝太保) in the Class 2 Beijing Handicap (1400m), prior to his pairing with Beauty Applause (美麗掌聲) in the G3 National Day Cup Handicap (1000m).

Friday’s (1 October) 10-race fixture at Sha Tin kicks off at 1pm with the first section of the Class 4 Chengdu Handicap (1200m).