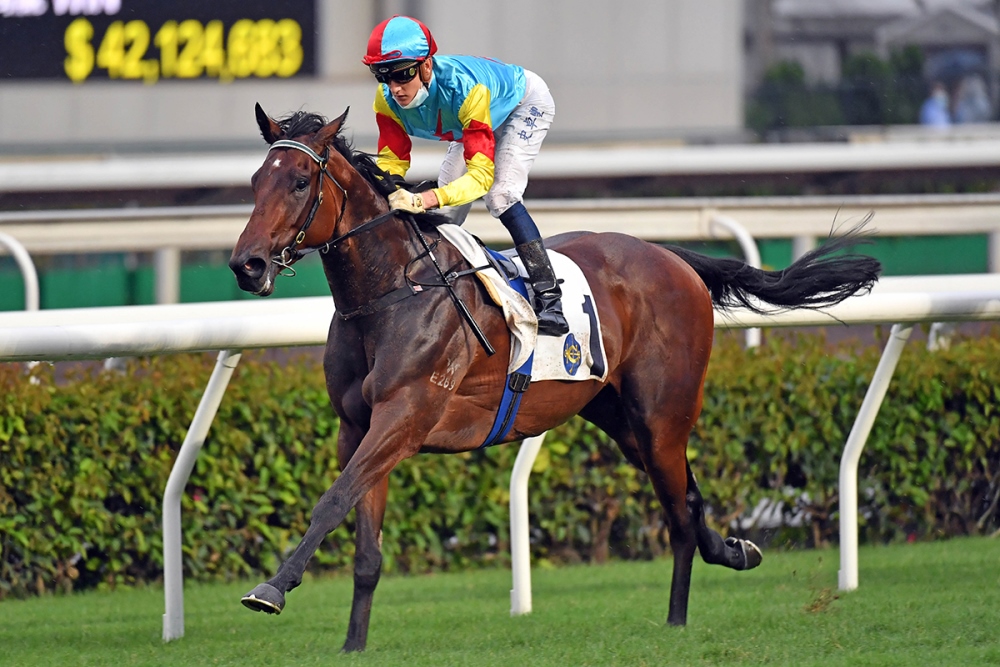 Fantastic Treasure (佳運財) bids to return to the winners’ list.

“It was a winning effort without winning,” Schofield said, referring to the head margin which separated Fantastic Treasure from an unblemished record. “I’m very happy with the way he came back, obviously over a distance (1200m) which was too short for him.

“He was very strong to the line and in another stride or two, he wins the race. I was disappointed he didn’t remain unbeaten but he came back well.”

Rising in grade, Fantastic Treasure (佳運財) will drop seven pounds to 120lb and will start from barrier two – mitigating factors Schofield believes are vital as David Hayes’ charge plots a course to the Hong Kong Classic Mile (1600m) on 30 January, 2022.

“He’s a horse of a lot of quality. He’s a really good horse and hopefully he can keep winning heading towards the series with a nice sequence of wins under his belt,” Schofield said.

“I’m thrilled with the barrier. He should be able to sit in a nice, handy position without working too hard. The race should be truly run with Buddies there,” Hayes said. “With a truly run 1400 metre race, he’ll get into a nice rhythm and will be hard to beat.”

“He is a little bit more mature now, he has been working very well and his trials were not too bad so he has got everything required to put up a good run first-up,” Moreira said.

“He seems a little bit more professional than what he was in the past. We’re going to take it race by race and if it goes well, why not consider the big races in the near future? Now he’s a year older he might have the best chance of really showing what he’s capable of – I believe we haven’t seen the best of him yet.”

Hayes will saddle two Hong Kong first-starters on Saturday and is upbeat about Vento (草上飛), who starts from gate nine for Zac Purton in the Class 4 Panasonic Inverter Window Air-conditioner Handicap (1000m).

“We’re happy with him. He looks like he’s got gate speed and he travels nice. What I like about him is that he’s got a really nice, relaxed demeanour. I think he’ll be well suited to Hong Kong racing,” Hayes said. 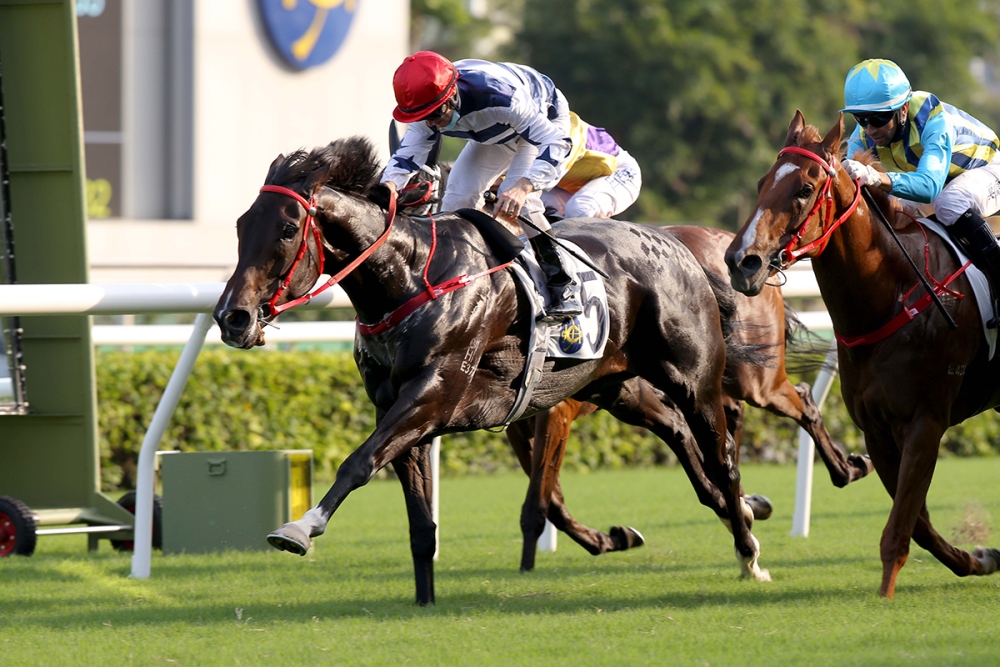 Packing Victory (包裝長勝) is searching for a fourth win.

“Birdsville’s (必跑得) last couple of trials have been pretty solid. He’ll improve with racing but he’s got a good one to beat in Zac’s horse,” Hayes said.

Bidding for a fourth straight win, Packing Victory (包裝長勝) jumps from the inside gate for Purton, who said: “We come here with a heavier weight (132lb) on our back now, that’s not ideal, and there’s some strong competition, so he’s going to need to be at his best again.

“He always trials well and he always works well so I’m looking forward to going back to the races and let’s just hope he can keep going.”