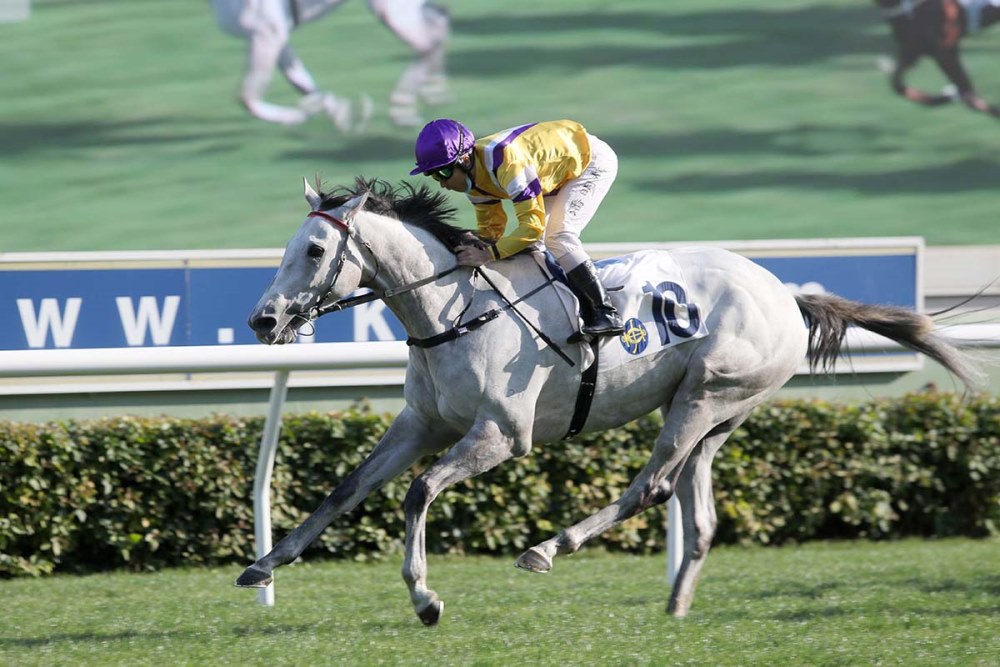 Not fully tested at his past two outings, the grey son of Teofilo has been desperately unlucky this season finishing 10th in the G2 Oriental Watch 60th Anniversary Sha Tin Trophy Handicap (1600m) and fifth in the G3 Sa Sa Ladies’ Purse Handicap (1800m) last time out.

Beaten by only three quarters of a length last start, the 122-rater was sent around as the 2.5 favourite to win the race but not even evasive action could get him home as he met with closing gaps in the crucial stages.

“Last few times he’s been stuck on the inside but he’s kept his form, it looks like he could have (won last start), it’s a small field though this weekend and sometimes you have to worry about no pace in the race,” Lui said.

“Zac (Purton) is on, of course I can’t say I’m confident but the horse is ready, hopefully and as well, it depends on luck for next month’s race too,” Lui said.

If successful this weekend, Glorious Dragon (龍鼓飛揚) will have history against him when he lines up in the big one next month. Just two winners of the Jockey Club Cup (2000m) (formerly The International Cup Trial) have gone on to win the Hong Kong Cup since 2002, with only Vengeance Of Rain (2005) and California Memory (2012) doing so.

“Lucky Patch is in good form, you can see he’s improving – he’s consistent but he needs a good draw,” Lui said. 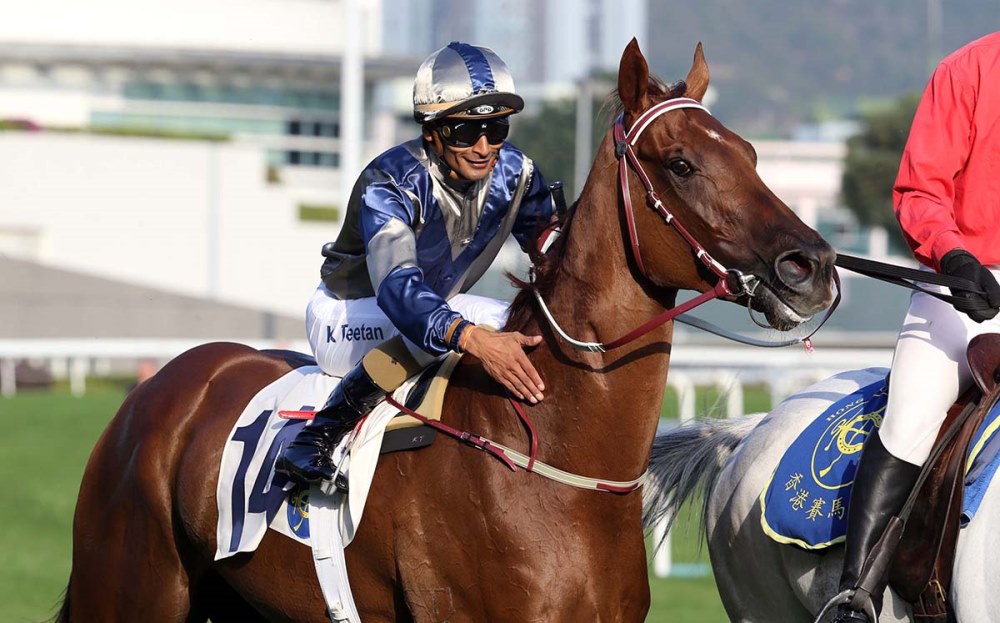 Aethero (忠心勇士) retires from Hong Kong as a five-time winner.

Aethero’s (忠心勇士) career in Hong Kong ended this morning (Tuesday, 16 November) as the hulking chestnut was found to have bled from both nostrils for the second time.

Two bleeds requires mandatory retirement in Hong Kong which has unfortunately brought an end to his career in the city, foiling connections’ hopes of a return in next month’s G1 LONGINES Hong Kong Sprint (1200m).
“It’s very, very surprising and very sad, we worked so hard with him but I want to thank the Tien family for giving us the chance to bring him back,” Fownes said.

Brilliant on his day, the flashy chestnut by Sebring retires from Hong Kong with HK$9.116 million banked from five wins, including G2 glory in the 2019 Jockey Club Sprint (1200m) as well as a G1-placing in the 2019 LONGINES Hong Kong Sprint (1200m).

“He’s scoped completely clean his last few scopes and actually in all of them, so I just don’t know whether he’s been stressed on the way to the gates or another factor – horses are funny creatures at times but he certainly never gave us an inkling that he was going to bleed because I can’t do any more, especially considering his scopes were outstanding.

“It’s heartbreaking, he was a horse with so much more to give on the track but unfortunately that’s going to be it now, it’s just a shame we don’t get to see any more of what he had but these things happen,” Fownes said. 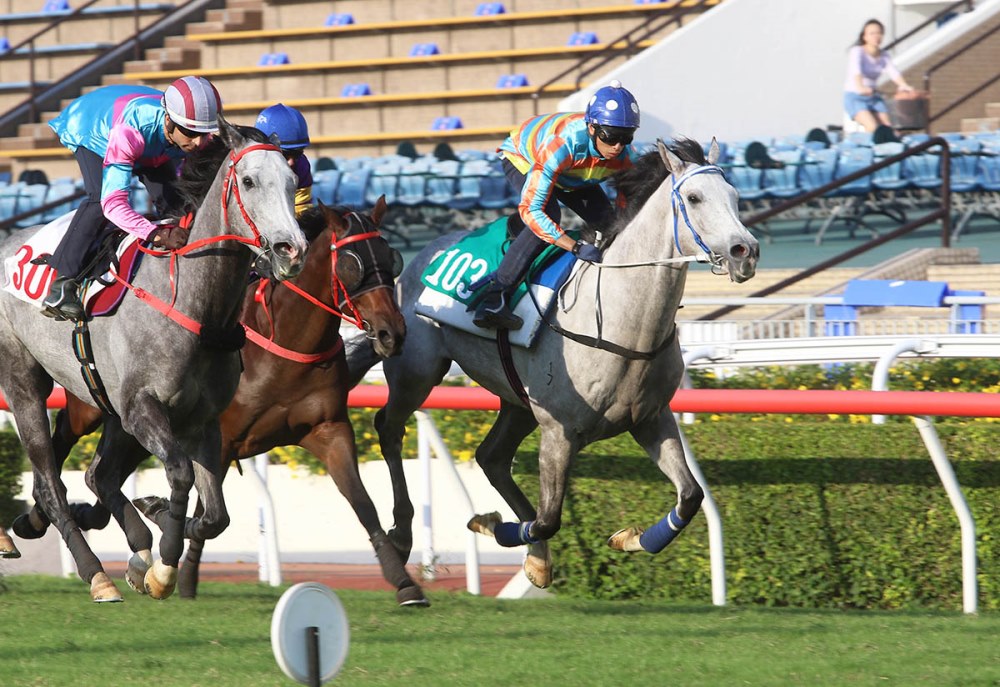 Before import, the grey finished runner-up in the 2021 G1 Queensland Derby (2400m) just as Werther (明月千里) did in 2015 before scaling incredible heights in Hong Kong which included victory in the 2016 BMW Hong Kong Derby (2000m).

Eagle Way (鷹雄), Ruthven (佳騰駒) and Dark Dream (達龍駒) are three victors of the Queensland Derby who have also made their way to Hong Kong with Derby dreams in mind.

“He’s settling into Hong Kong extremely well, it’s exciting to have a horse with his profile here, so I’m looking forward to taking him to the Four-Year-Old Classic Series – obviously he’s going to be best suited when he gets to the longer trips on what he’s shown overseas, but I’m very happy with him,” Fownes said.

The grey broke cleanly to settle at the rear of the field before circling, lengthening down the outer under his own steam and picking up rivals with ease for second.

The four-year-old was a two-time winner in Australia, breaking his maiden at Moonee Valley before winning the G3 Frank Packer Plate (2000m) at Royal Randwick Racecourse, Sydney.

“It was just what we wanted him to have – a nice day out, not a full pressure trial and he was there, he did it easy and Vincent (Ho) is happy and I’m happy, so he’s not far off to the races,” Fownes said.

“There’s a good chance he runs on the 28th (of November), there’s a Class 2 over 1400 metres but we’ll just check him now and make sure the scope is clean and then he could go to the International Day – there’s a mile race that day before going into the Classic Series,” Fownes said.