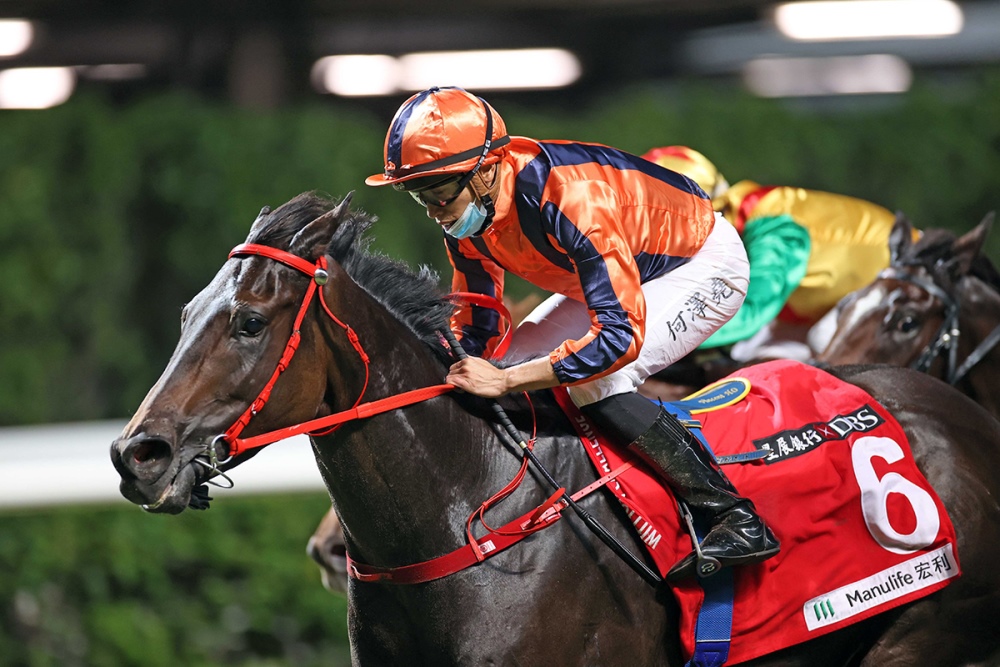 Shooting for his fourth consecutive win at Happy Valley on Wednesday, 17 November, a rapidly-improving Fa Fa (俏芳華) is looking to continue his sublime run of form when he contests the Class 3 Tokyo Handicap (1650m) for trainer Frankie Lor and jockey Vincent Ho.

Boasting four wins from his last five starts – each at the city circuit – victory for the 75-rater would assure him a start in Class 2 next time, a remarkable rise considering only three starts ago he was winning in Class 4.

“He’s really good over 1650 metres and really good at Happy Valley – he’s a four-year-old, so I’m not too sure if he will go to the Four-Year-Old Classic Series but maybe we will try.

“We’ll see on Wednesday (17 November) if he can win and get up to Class 2, it also depends on the programme for him, too, going forward,” Lor said.

The He’s Remarkable four-year-old arrived in Hong Kong as an unraced PPG (Privately Purchased Griffin), and after three starts he took a liking to the city circuit by winning at his first outing under lights at Happy Valley.

“He’s come back from Conghua really well, in the morning’s he’s doing well – really good, and I hope he can run a good race tomorrow,” Lor said.

“I think so (to carrying a big weight), he’s not a really big horse but I think it should be ok,” the handler said.

On the card, Lor has five entrants including Solar Wai Wai (太陽威威) in the Class 2 The Japan Racing Association Trophy Handicap (1650m), the fixture’s feature race.

The Snitzel gelding is a six-time winner in Hong Kong – four times over tomorrow evening’s course and distance.

Since the beginning of October, Lor has saddled 13 wins and is the current leader of the trainers’ championship standings.

“At this moment it’s too early (to tell), but I am trying hard and I always say if the horse is healthy then we can have good results, it all depends on them,” Lor said. “Every trainer wants to be champion.”

Earlier on the card, the most prolific rider in Hong Kong’s history, Douglas Whyte, saddles the consistent Harmony Fire (天火同人) for the Class 3 Kokura Handicap (1000m).
“You’d love to have a few handfuls of him in your yard, he’s a real honest and hard-trying individual – he’s never stepped a foot wrong since the day he entered the stable,” Whyte said.

The 79-rater has raced eight times for three wins in Hong Kong, while this season he has finished third and second, respectively.

“If he was a hand higher he’d certainly be a Class 1 horse, so he is a little bit restricted from that point of view but where he makes up for it is with his heart,” Whyte said.

“He’s got tactical gate speed, he puts himself in a position that avoids him of trouble and that’s a good asset to have at the Valley,” Whyte explained.