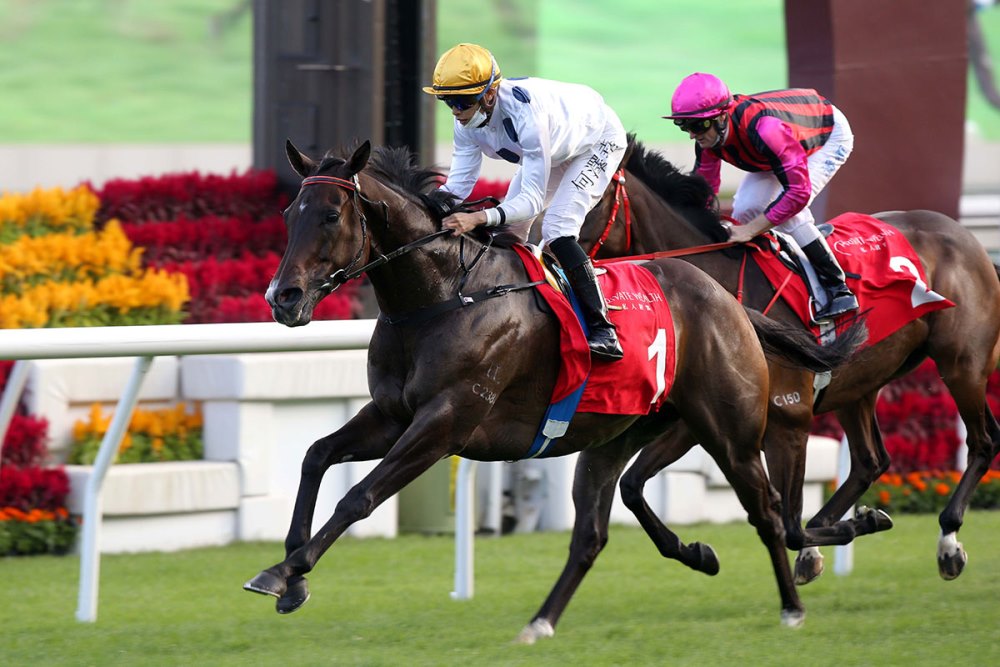 Looking to defend his Hong Kong Mile crown at the 2021 LONGINES Hong Kong International Races on 12 December, the reigning Hong Kong Horse of the Year extended his winning streak to 15 with a sublime last-to-first effort this afternoon under jockey Vincent Ho.

Last defeated in July of 2019, the brilliant son of Medaglia d’Oro looked in fine fettle as he launched from his customary position to score by a length, clocking 1m 34.55s ahead of the dual G1-winning Waikuku (夏威夷) and last season’s BMW Hong Kong Derby (2000m) hero Sky Darci (達心星), respectively.

Justifying 1.1 favouritism to win, Ho was pleased with his mount’s first-up performance following three trials in preparation for his seasonal return today.

“He definitely wasn’t at his best today and we’re still building him up. After this race he should be pretty close to his top form,” Ho said. “We’ll see how he pulls up and do some recovery work on him and get him ready for the Internationals.”

Sizzling late, the six-year-old registered a slick 21.51s over the final 400m, the only horse in the contest to do so below 22s.

Today’s triumph takes Golden Sixty (金鎗六十) to a record-equalling 18 career wins in Hong Kong, alongside only Beauty Generation (美麗傳承) and Silent Witness (精英大師), while his sequence of 15 successive victories has him just two shy of Silent Witness’ (精英大師) record-setting 17 in a row.

“It was a nice run, I think we both enjoyed that. It was the perfect draw on the outside with no speed in the race.

“They tried to pick up at the 600 (metre mark), bring the speed up, and that was good for us. He relaxed very well behind and just trucked through, saved some ground until the straight and he was able to cruise up easily and as usual, he did his job.

“He saw the winning post and he was sort of already ‘job done’ and he tried to slow down but I said ‘just give me two extra strides, please’,” Ho said.

“There were no concerns (of a slow pace harming his chances) because his sprint home as a miler can be 21-something [seconds] so in this field it was difficult for them to actually sprint with me,” Ho said.

“I knew he was going to be fresh, last season we started at 1400 (metres) and I knew the pace was going to be faster than today. First-up over 1600 (metres) when he’s fresh and surely there’s no pace, it’s better to be slow but we know if I’m just at the back and nothing fires him up, he can relax very well and I can just wait to press the button,” Ho explained. 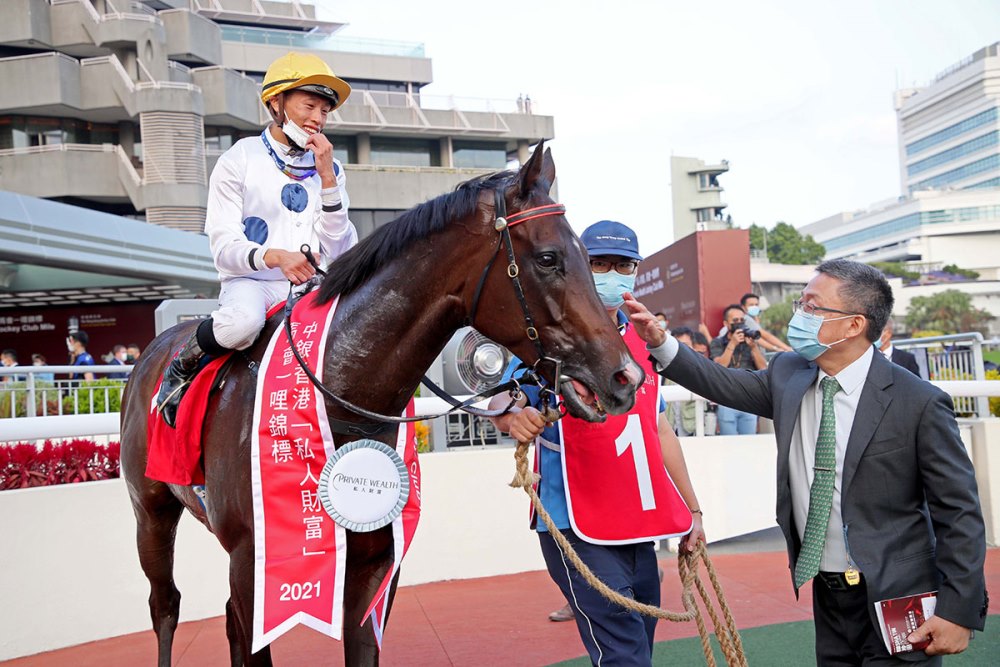 Trainer Francis Lui was equally as pleased with his star galloper’s effort, whose victory today enhanced his all-time earnings to HK$80.633 million.

“I must say we were confident in this race but I’m happy to see him win again. This horse has got a very good fighting heart and once he relaxes he has a very good turn of foot,” Lui said.

“Golden Sixty’s (金鎗六十) morning trackwork has been quite impressive, he’s more mature than last season. I discussed it with Vincent (Ho) and he seemed happy with the training and how he was behaving at trackwork,” Lui said.