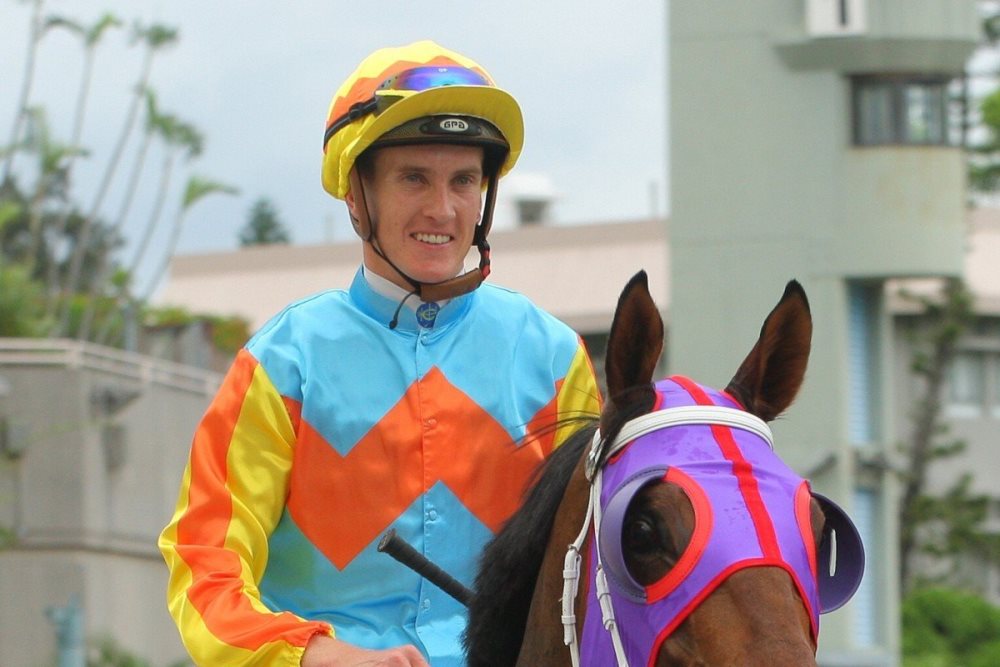 Chad Schofield is hoping to channel the “good old days” when he climbs aboard his first Hong Kong runner for David Hayes at Happy Valley on Wednesday night.

Schofield was a stable rider for the Australian as an apprentice from 2012-14, with the pair combining for 76 winners.

Schofield rides the Hayes-trained G Unit (萬眾之力) at the city circuit and is looking forward to again joining forces with the champion trainer, who he credits with shaping him as a rider and an individual. 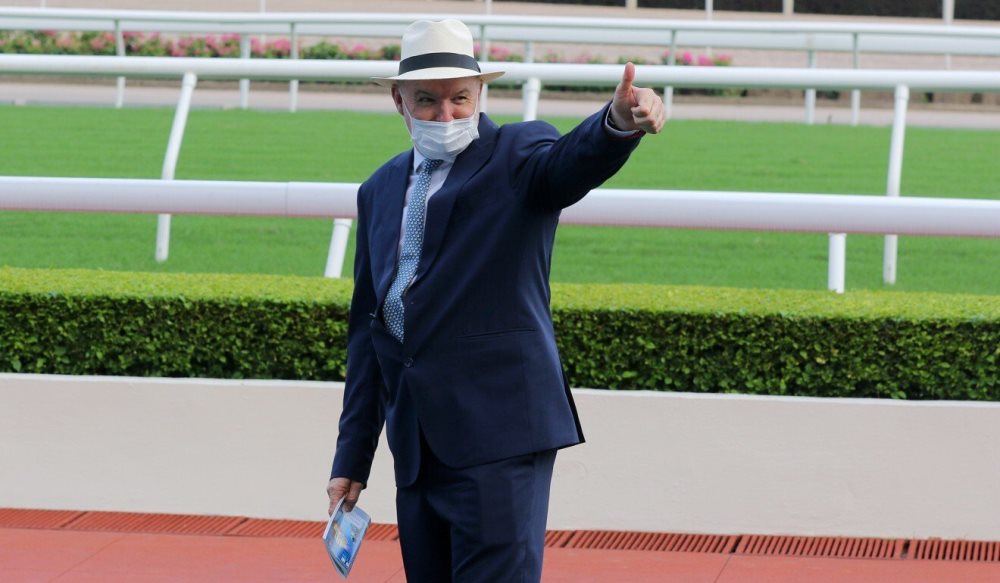 “It’s great to be riding for him again, I’ve been doing a bit of work for him in the mornings and hopefully we can get back to the good old days of having winners together,” said Schofield, who joined Hayes’ stable as an 18-year-old.

“He was instrumental in my career. I started in Sydney and he asked me to move to Melbourne and really got me going as a jockey and as a person.

“He took me into his home with his family and not only was he my boss, he was a father figure as well.” 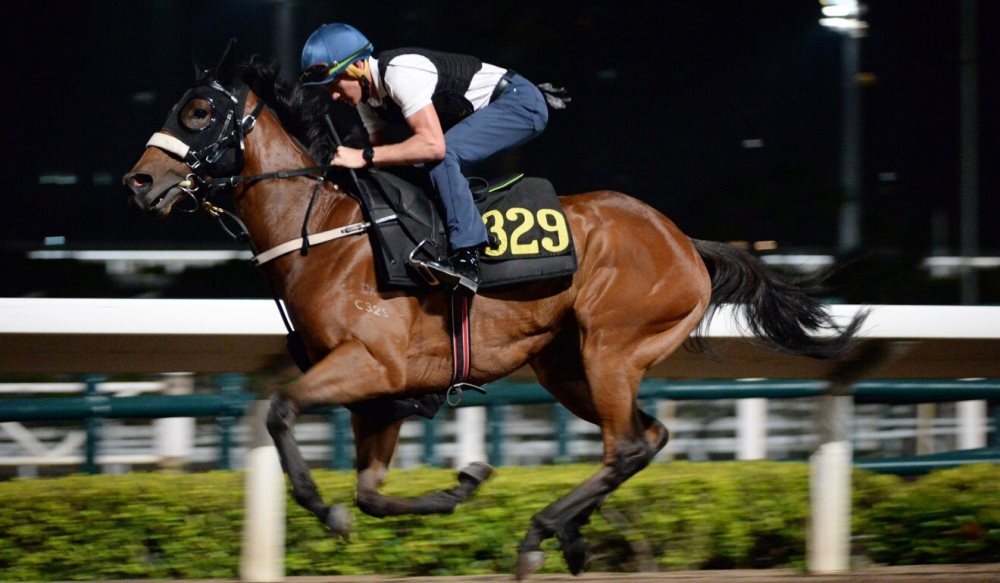 Chad Schofield trials G Unit (萬眾之力) ahead of the four-year-old’s run at Happy Valley on Wednesday.

While there were reports in 2014 of a falling-out between the pair after Schofield asked to ride trackwork for other trainers, the jockey said at the time – and maintains now – that it was “blown out of proportion”.

Schofield has ridden in a number of big races for Hayes since, including Harlem in the 2017 Sydney and Caulfield Cups and Criterion – who competed in three Group Ones in Hong Kong – in the Prince of Wales’s Stakes during a four-month stint in England.

“We did have a bit of a break and then I rode Criterion for him in England at Royal Ascot and then straight after England I came to Hong Kong,” Schofield said.

“During my first few seasons in Hong Kong I flew back for big races to ride for him. I haven’t ridden for him in a while now so it’s good to be riding for him again.” 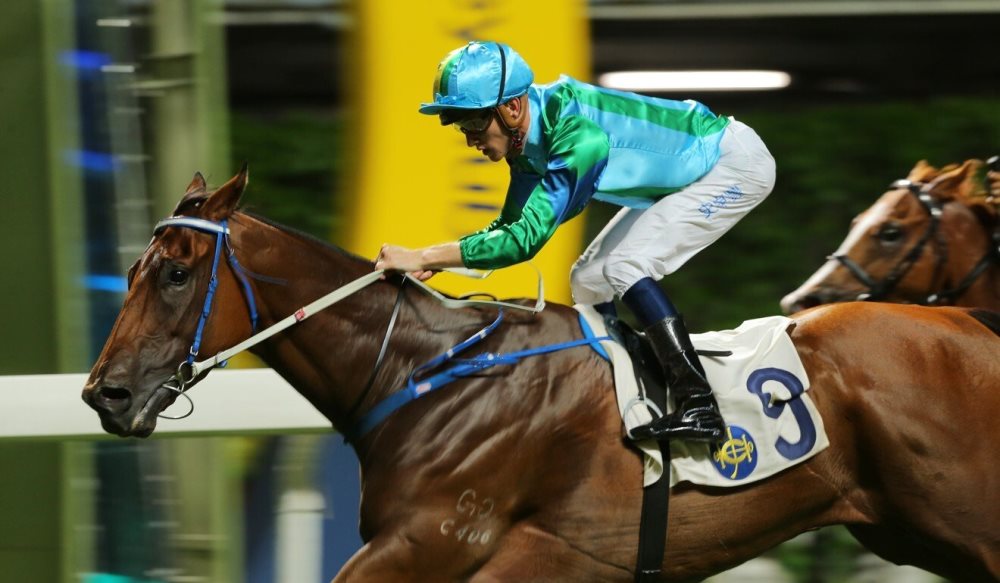 Formerly trained by John Moore, G Unit (萬眾之力) has won twice at the course and distance in Class Four and Schofield is confident the horse can perform well from gate five.

“Class Four is his grade. He’s fit and well, he’s had a trial and he’s working all right,” Schofield said. “He’s got a draw where he’s hopefully going to be competitive.”

Schofield has five rides at the first midweek meeting of the season and will attempt to continue his strong association with the Caspar Fownes-trained Jazz Steed (駿爵士) in the Class Four Quarry Bay Handicap (1,200m).

After Schofield partnered the horse to seventh on debut, Fownes opted for different jockeys for the five-year-old’s next four starts, before again handing Schofield the reins for his final three runs of last season – which returned a win and two seconds.

“He really hit his straps towards the end of last season and I thought his trial the other day on the grass was quite good,” Schofield said.

“He’s got a good finish, as we’ve seen, but he stepped away really well both in his last start at Happy Valley and in the trial so from [gate six] there’s no reason to be too far back and he’s going to have his chance.”