The Joao Moreira juggernaut continues at top speed after the Brazilian capped a momentous three-meeting burst with a four-timer at Happy Valley on Wednesday night (22 December) to be on the cusp of overtaking injured Zac Purton at the head of the Hong Kong jockeys’ championship.

With a quartet, treble and double at the past three meetings, Moreira has slashed a 10-win deficit to fellow four-time champion Purton to one. Still leading 49-48, Purton is not expected to return to race riding until early next month after suffering fractures in a race fall at Sha Tin on 12 December.

Moreira prevailed on Benno Yung’s Happy Jai Jai (又享耆成) , Tony Millard-trained Above, Dr Winning (焱焱元帥) for Size and, in a farewell triumph for David Ferraris, on Here Comes Ted (戰熊三千) in the second section of the Class 3 Java Handicap (1200m).

The Brazilian was elated to be in the plate for Ferraris’ final Hong Kong victory after the South African decided to relinquish his trainers’ licence.

“I’m very proud of riding his last winner in Hong Kong. I know that means a lot to David, who has been a great add to the sport,” Moreira said. “It’s a shame that we see him going, but wherever he goes, we gonna remember him for what he’s done good here, which is plenty.” 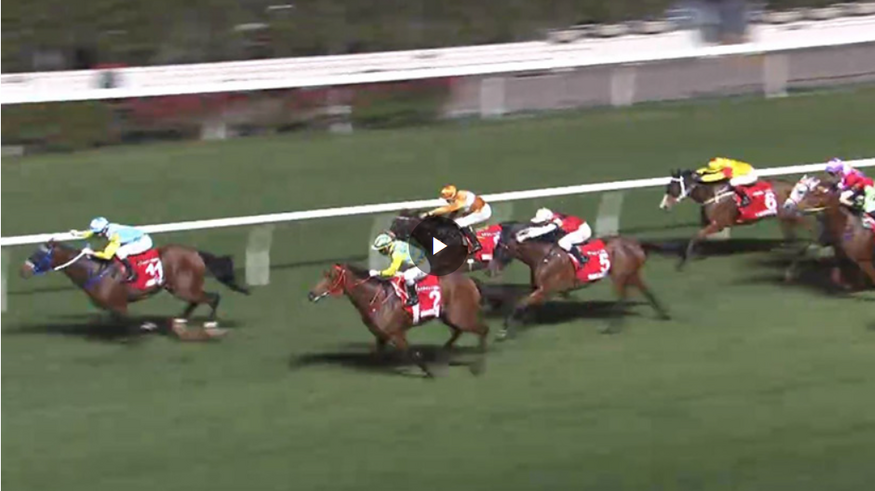 Moreira, who rode Here Comes Ted (戰熊三千)  at 115lb, said his dedication to fitness was paying off.

“I’m grateful, I’m trying my best and pushing hard. I rode very light today and it’s paying off because we’re winning. Hopefully I can keep the ball rolling,” he said.

Frankie Lor and John Size shared training honours with doubles as the pair continues to press for championship honours, with Lor leading 29-27.

Lor figured with We The South (南區寶) in the Class 2 Fort Handicap (1000m) after the son of Your Song posted his seventh victory over the five-furlong course and distance. Ridden by Jerry Chau, We The South (南區寶) refused to submit despite Kurpany’s lunging finish.

“The horse did a good job, but the barrier (gate one) made all the difference,” Lor said. “We will probably come back here for another Class 4.”

Vagner Borges continued a flourishing partnership with Size when Wild West Wing (過河勁卒) confirmed his affinity with the city circuit with an emphatic victory in the Class 4 Merlin Handicap (1000m), the Exceed And Excel gelding’s fourth success over the course and distance.

“Very easy win. Mr Size’s horses are going very well,” Borges said, marking his seventh winner for the season for the 11-time champion trainer and a 10th for the season. Moreira was soon back in the act with Size, partnering Dr Winning (焱焱元帥)  to success in the Class 4 Westlands Handicap (1650m). 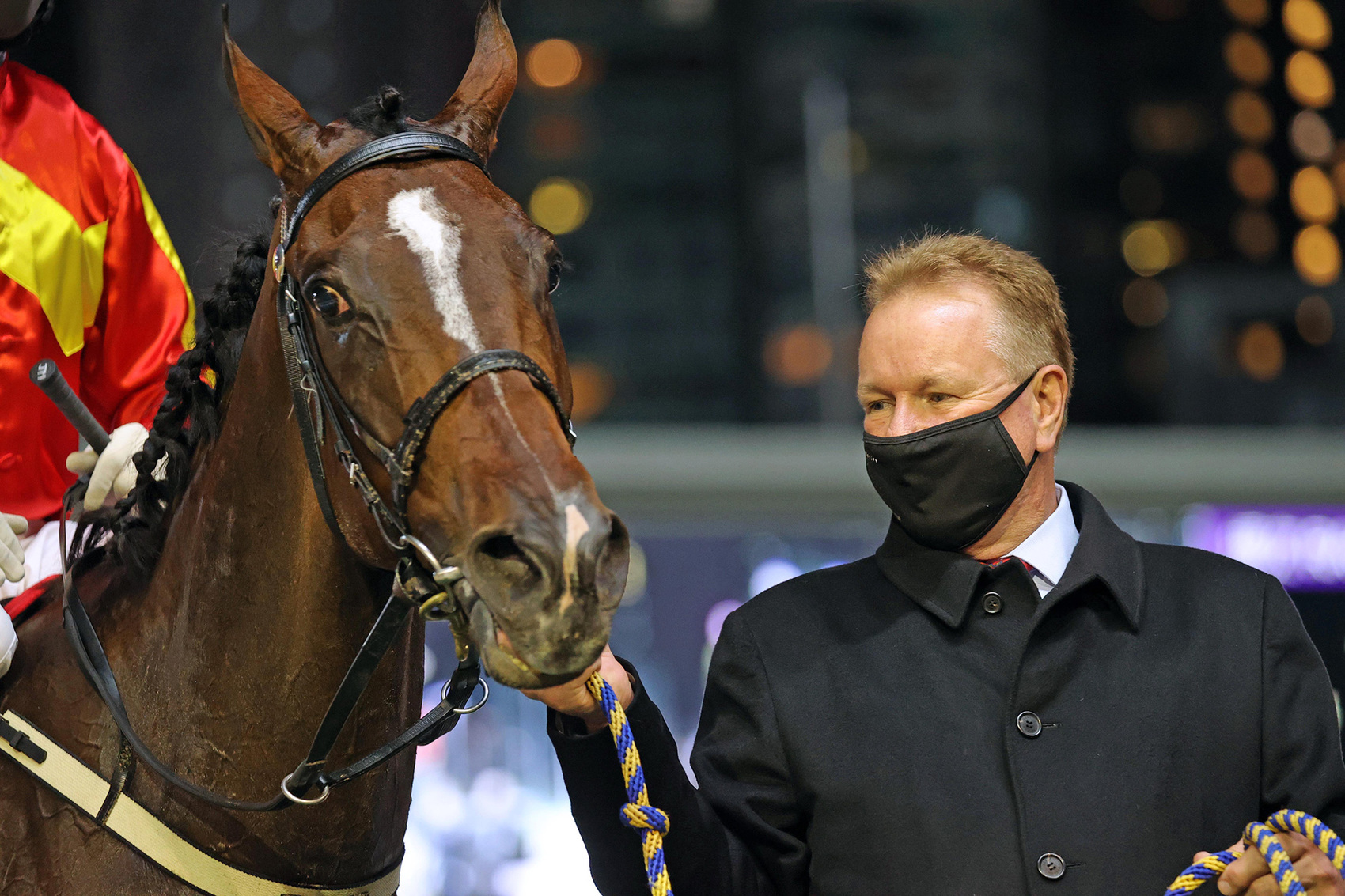 Tony Millard posts his first double of the season.

Millard praised Luke Ferraris after the South African delivered Meridian Genius (高耀智星) with decisive timing to win the first section of the Class 4 Tong Shui Handicap (1200m), driving the grey into open territory for his second victory over the course and distance.

“It was a perfect ride by Luke and I’m very happy for him,” Millard said. “This horse has done a good job and he got a really good ride tonight.”

The dual Hong Kong Derby-winning handler soon sealed a race-to-race double with Above, who profited from a rails-hugging run to prevail in the Class 3 Marble Handicap (2200m) under Moreira.

“The horses are coming into form and for once we’ve got some better draws than we have been having – we’ve been having some diabolic draws so it’s been very tough to try and overcome the draw. Hong Kong is very tight, the handicap is very tight,” Millard said after posting the stable’s 11th win for the campaign.

“He’s overcome ulcers and he’s been quite consistent this season,” Yung said on posting the stable’s 12th success for the campaign. “He was given a perfect ride by Joao and everything went well for him tonight.”

Igniting (鴻運飛鷹) took the finale on the night, the first section of the Class 3 Java Handicap (1200m) for Matthew Poon and Francis Lui.