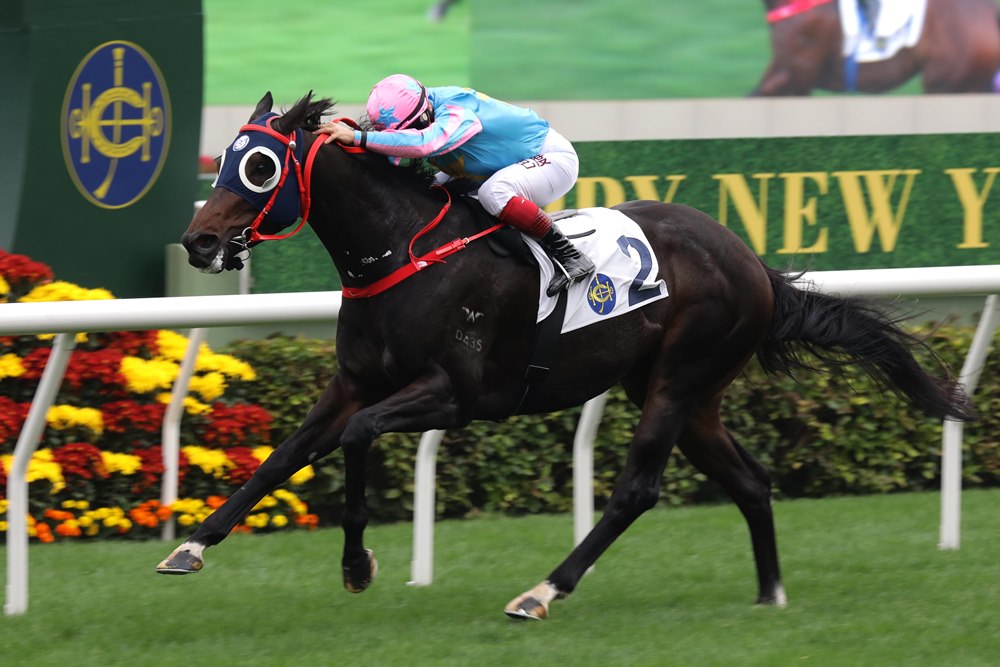 First-up after 194 days between runs, Frankie Lor’s charge made his seasonal reappearance a triumphant one under familiar ally Alexis Badel – holding on by a neck to deny Lucky Express (幸運快車) (128lb) and Excellent Proposal (勁搏) (125lb) in a time of 1m 22.10s.

“It was a fantastic win from the horse, I am so happy to see him back at his best. He’s been a lovely horse to me and I’m so happy that he was able to deliver today,” Badel said.

Under a first-rate ride by the Frenchman, Healthy Happy (健康愉快) – last season’s HK$12 million Hong Kong Classic Cup (1800m) winner – casually crossed from barrier seven to stalk the leader throughout, before hitting the front with 250m left to run.

“I got beat by Sky Darci (達心星) last year because I was carrying a light weight and I was waiting a little bit that day for the sprint but maybe the horse was outpaced. 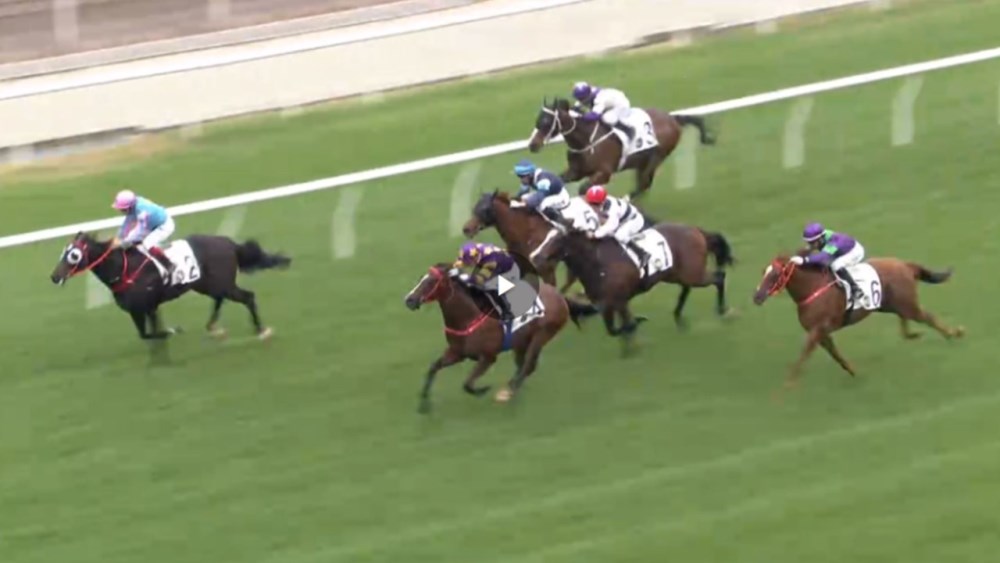 The five-year-old was a two-time winner in Australia under the care of Peter & Paul Snowden; he now boasts four wins from 10 starts for trainer Frankie Lor in Hong Kong.

“It’s a nice win for Frankie and it was a tough win – he just keeps going,” Badel said.

The Zoustar gelding had three trials in preparation for his return after pulling up with issues following his weakening last place in June’s G3 Premier Cup Handicap (1400m).

“Last run he had some heart problems and then a lot of blood (in his trachea), that took a lot of time to overcome. Then unfortunately, at the end of August, in his box, he nearly pulled his foot out and he needed a month and a half to heal, so I need to say thank you to the vet and the farrier.”

“From there I trialled him three times and he improved every time so to get the win today is a good result,” Lor said.

Tempted to run in the 2021 G1 LONGINES Hong Kong Mile (1600m), Lor opted against running the 109-rater, instead taking the patient approach for today’s challenge.

“In the Mile we would’ve needed to face Golden Sixty (金鎗六十), so I decided to give him one more trial and set him for this race,” Lor said. “The pace wasn’t very fast and he just went for home in the straight and he was still really strong in the finish.”

Lor later sealed a G3 double when the unbeaten Master Eight (八仟師) extended his record to a five in the Bauhinia Sprint Trophy Handicap (1000m).