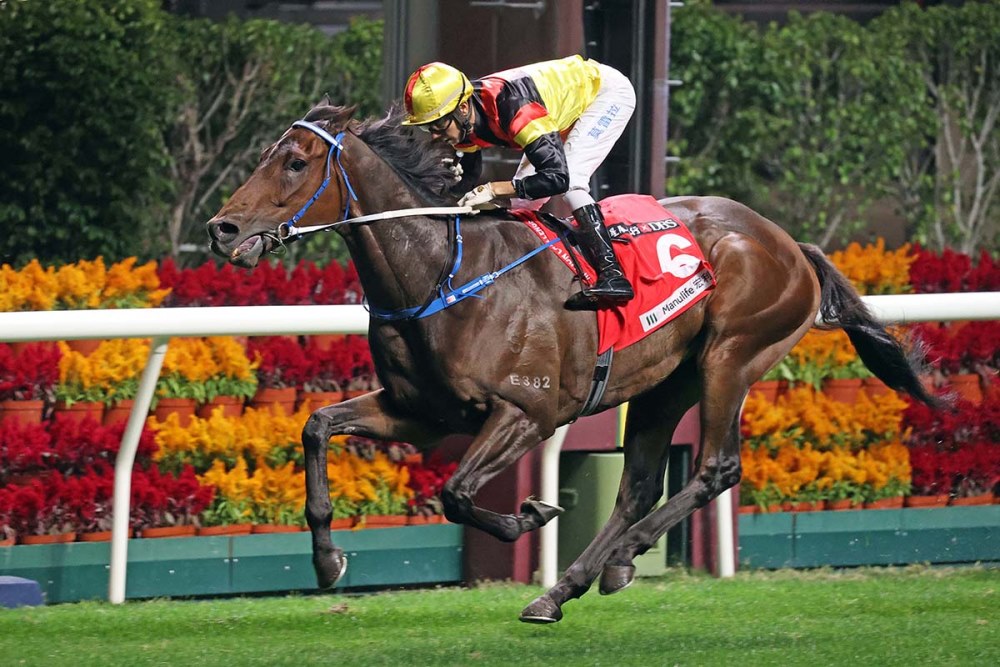 The G3 Queen Mother Memorial Cup Handicap (2400m) at Sha Tin on 1 May has emerged as a long-range target for Zebrowski (超級軍團) following the Australian import’s dogged victory in the G3 January Cup (1800m) at Happy Valley on Wednesday night (5 January).

Contesting only his seventh Hong Kong start, the 2020 G1 Australian Derby (2400m) runner-up displayed impressive staying qualities to provide Caspar Fownes and Joao Moreira with victory in the city circuit’s only Group race of the season.

“He’s a horse that’s definitely on the improve and I think his best races are going to come towards the end of the season as he gets to a real staying trip,” Fownes said.

“From day one I said to the owner that I think he’s a real Queen Mother horse. We’ll just see how he pulls up and try to find something around the 2000 (metres) back at Sha Tin.

“From day one he hasn’t run a bad race and he probably should have at least another win under his name, he’s raced really well.”

Zebrowski (超級軍團) goes through his gears to land the January Cup.

Champion trainer of last season, Fownes expects to impact strongly as the current campaign wears on after sealing a double with Kurpany (精靈勇士), winner of the Class 2 Causeway Bay Handicap (1200m) for Vincent Ho.

“It’s been a pretty quiet season, but I expected that. It’s been a little bit quieter than I thought but in saying that, I always hit my numbers so history tells you the numbers will come at the right time. So, what I’ve missed early I will get, God willing, in the last few months of the season,” said Fownes, who has 14 wins so far this term.

“I’m just building a good team for next season to have a realistic crack at the championship and this year I’ll do my best and see if I can claim a top-five position.”

Slotting a treble for the night, Moreira pocketed his second January Cup after Same World (同個世界) in 2014.

“They actually went quite fast up in front. We anticipated that we were going to be a little bit closer but, unfortunately, we were not able to, so Plan B applied and it paid off very well.

“He’s proven to be a good stayer. He’s won this race with great authority, so I just have to describe it as an easy job for myself as a rider,” said the Brazilian, who extended his lead to seven wins over injured Zac Purton (56 – 49).

Moreira piloted Astrologer (星耀王者) to victory in the first section of the Class 3 Cleveland Handicap (1200m) to present Douglas Whyte with his 100th victory as a trainer. Whyte, who logged a record 1,813 wins in Hong Kong as a jockey, is in only his third season as a trainer. 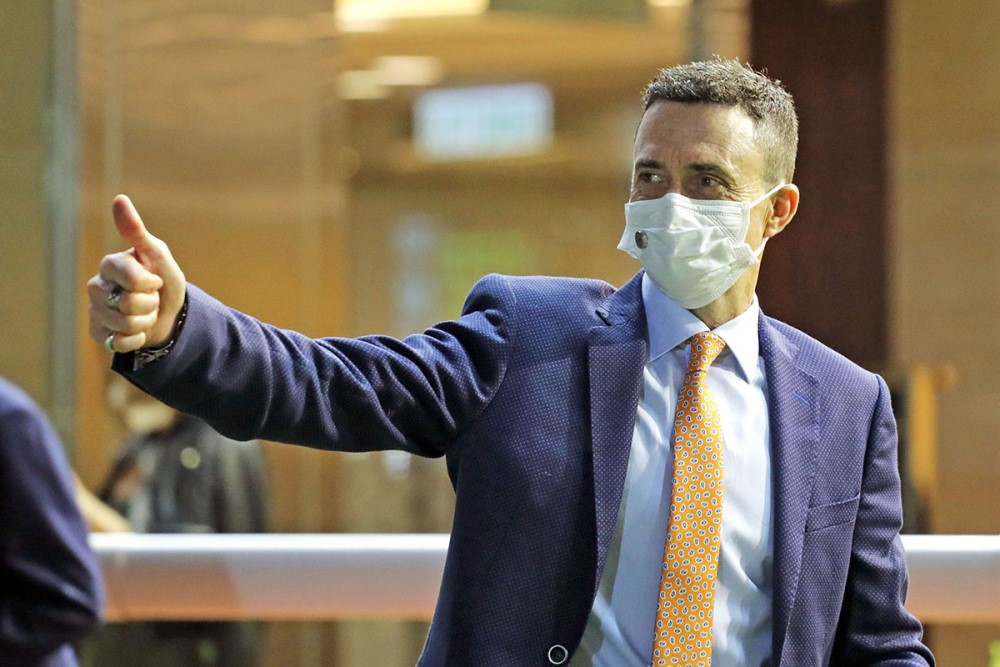 “Every winner counts. Every winner is important for me, these horses give their best and it’s what keeps me waking up in the morning and going to work,” said Whyte, who was granted a trainers’ licence in 2019/20.

Moreira was also to the fore with John Size-trained Toronado Phantom (旋風飛影), who overcame difficulties to claim the second section of the Class 4 Kingston Handicap (1200m) after covering ground and conceding rivals a start.

Englishman Harry Bentley continued his searing recent run, notching his fourth victory from 10 rides, when Jimmy Ting’s A La King (蝦餃燒賣) posted a narrow win in the second section of the Class 4 Paterson Handicap (1650m). Bentley has 10 wins for the season.

Frankie Lor hopes Rewarding Together (駿馬風采) can impact in a higher grade after the injury-plagued gelding bolted in with the first section of the Class 4 Kingston Handicap (1200m) under Matthew Chadwick.

“He’s had a lot of problems,” Lor said. “But I think he can still run well in Class 3.”
Lor completed a double to extend his lead at the top of the trainers’ championship when The Runner (維港奔流) finished powerfully to prevail in the second section of the Class 3 Cleveland Handicap (1200m) under Matthew Poon.

Karis Teetan knocked up a single winner aboard Villa Fionn (芙蓉莊) in the first section of the Class 4 Paterson Handicap (1650m) for Ricky Yiu.