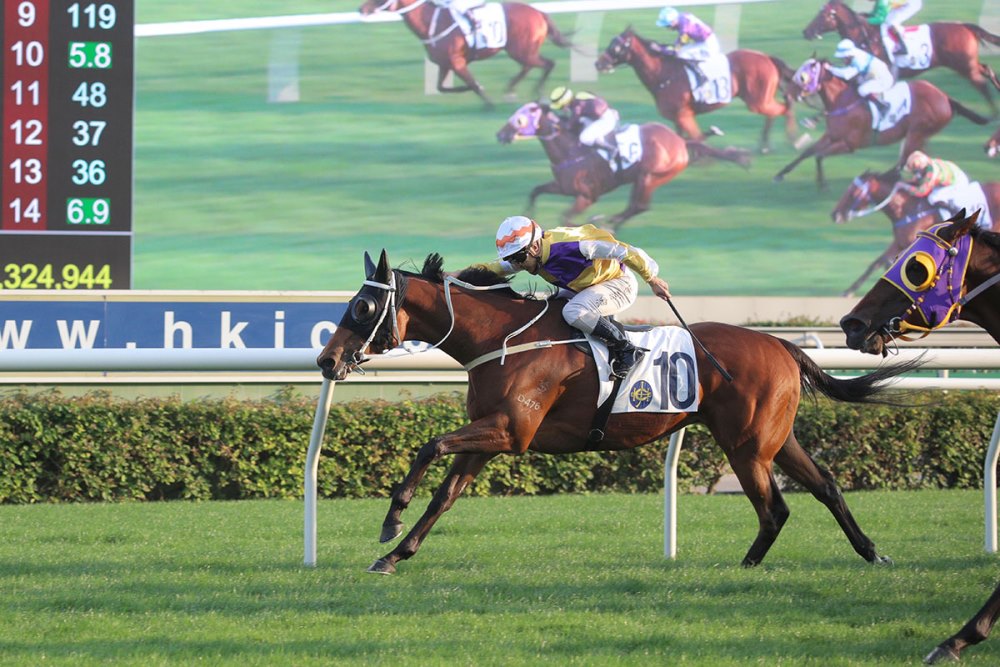 Stepping to 1600m for the first time after wins at 1200m and 1400m (twice), Ima Single Man (樂滿貫) will attempt to enhance a remarkably consistent record since joining the Cruz stable from Perth trainer Chris Gangemi, who guided the Gingerbread Man gelding to two victories from as many starts, including the 2020 G2 Karrakatta Plate (1200m) at Ascot Racecourse, during a brief Australian career.

“He’s very good, he’s in excellent condition. I’m very happy with him. He pulled up very good after his last-start win,” Cruz said. “After this race, I’m going for the Classic Mile with him, so Sunday is a big test for him to go from 1400 metres to 1600 metres, but I believe he can get the distance.”

Vincent Ho partners The Irishman (包裝智威) from the outside gate for Francis Lui after the Tavistock gelding’s flashing last-start second behind Beauty Joy (美麗同享).

“He’s got a great turn of foot and he’s very professional. It’s a good race for him before the Hong Kong Classic Mile. He felt really good last start, the mile should be no problem,” Ho said.

“The barrier is not ideal – nine of nine – but in a good way, it’s only a small field. I think we’ll be better to ride him a bit quieter.” 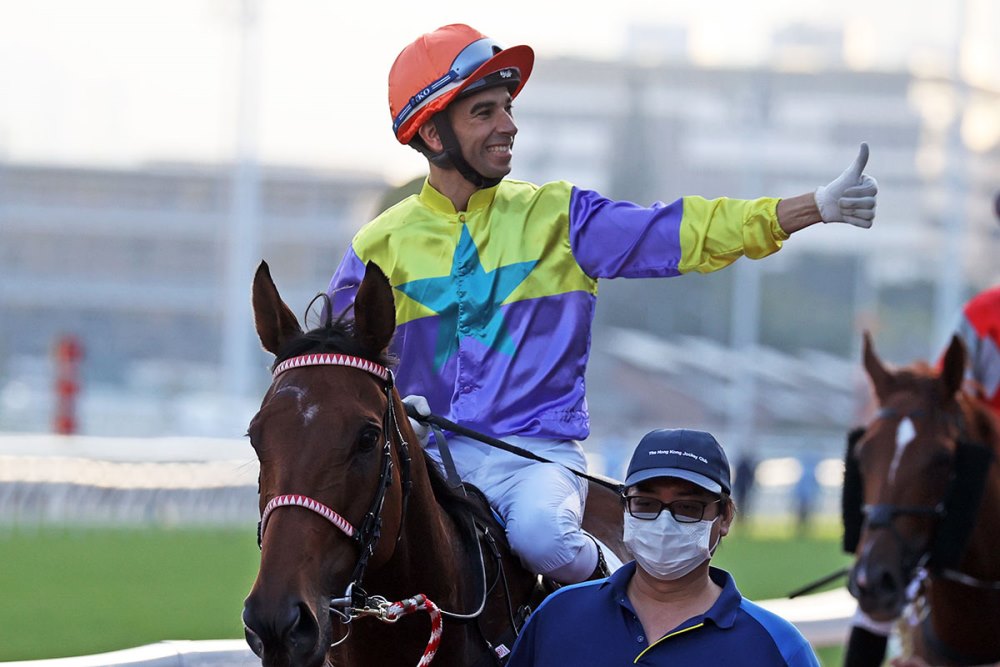 “I’m extremely happy with him, he was a bit unlucky not to win last time but I really believe he can go one better this time,” said the Brazilian, who has built a seven-win advantage in the jockey’s championship during Zac Purton’s injury-enforced absence.

“On the dirt, he trialled disappointingly, but his turf trials have been full of merit. I think he’ll sprint well fresh, but I think long-term he’ll be a miler,” Hayes said before explaining why the four-year-old’s progress had stalled.

“He won a couple of trials back in Australia and looked nice doing it but he got a spider bite and he got held up coming here for eight months with a nasty infected hock. So that’s why there’s a big gap from trials in Australia to racing in Hong Kong.

“It was a setback for sure, he was ready to go a year ago.” 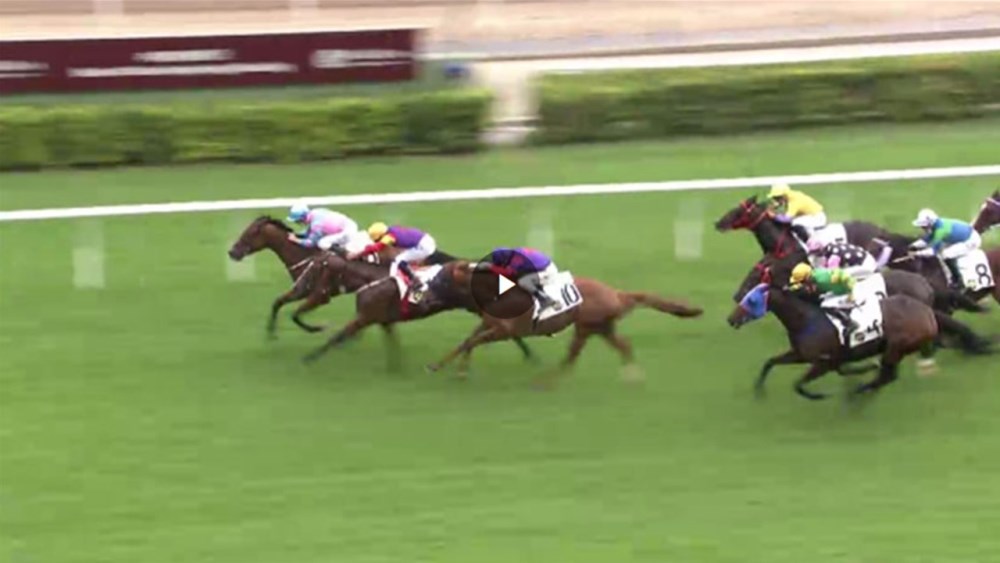 Captain Win (旭日昇) surges past the post in first position.

The four-time champion jockey is scheduled to resume race riding at Happy Valley next Wednesday (12 January) after receiving a medical clearance today.

“Obviously I’ve still got a little way to go until I can be as fit as I was before the accident happened. Unfortunately, I can’t run because of the fractures in my foot for a few more weeks yet. That makes things a little bit more difficult but I’ve come back to the track to ride some horses and get some exercise,” Purton said.

“I’ll be back Wednesday. I feel good, I’m ready to go back to the races and I’m looking forward to it.”