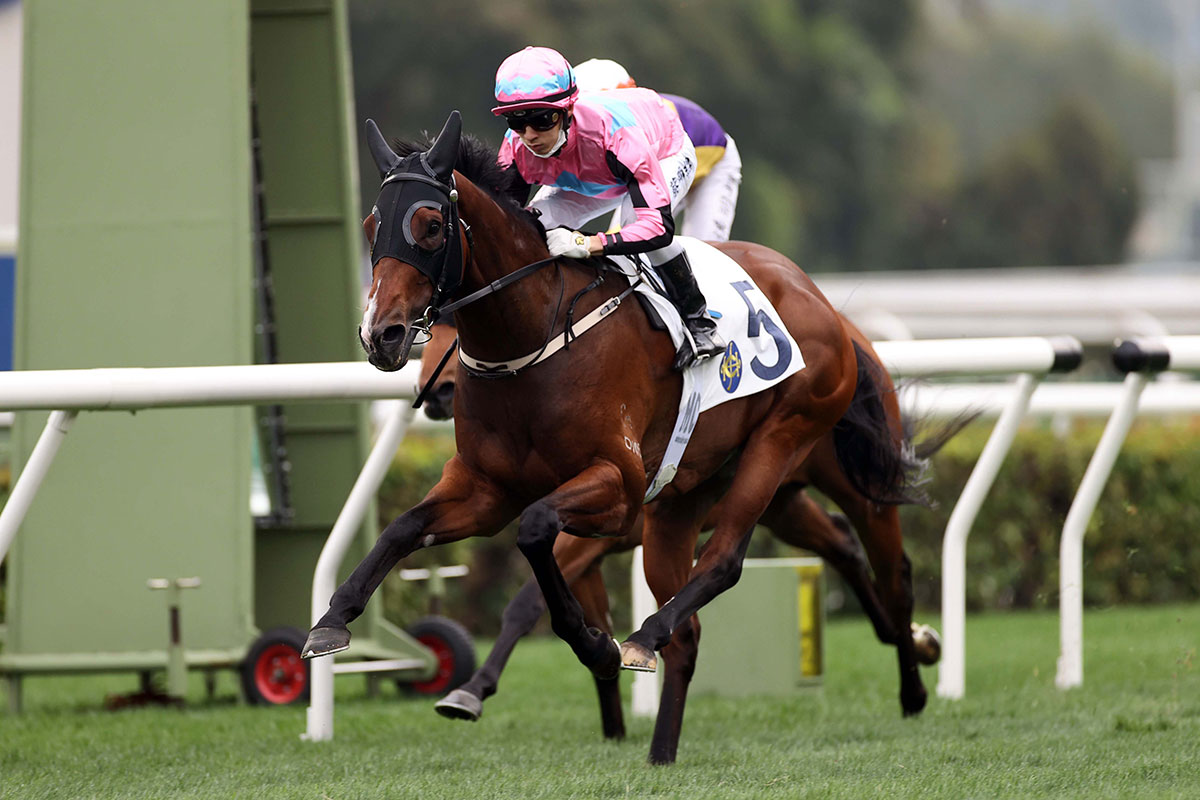 Beluga’s (北極光) record of five wins and eight minor placings from 16 starts would be even more imposing if not for a flurry of wide barriers over the past two seasons.

Drawn in barrier three on Sunday (9 January) for Matthew Chadwick, the five-year-old had the run of the race before accelerating away from Ima Single Man (樂滿貫) and The Irishman (包裝智威).

“How many times has he just run unbelievable races from those wide gates?” Hall said. “To see him finally get the charmed run and deliver like he did was pretty fitting considering the way things went with him last year.

“He’s in a good place at the moment and he’s probably not done with. This season he’s a lot more relaxed, he’s more mature and he’s handling himself a lot better. The results are there and we can probably now test him at a bit further.

“Now is a good time to experiment with him – if you take up those box-seat positions in slow-run races it’s a big advantage.”

Hall indicated the G3 Queen Mother Memorial Cup Handicap (2400m) might be an option for the son of Tavistock. 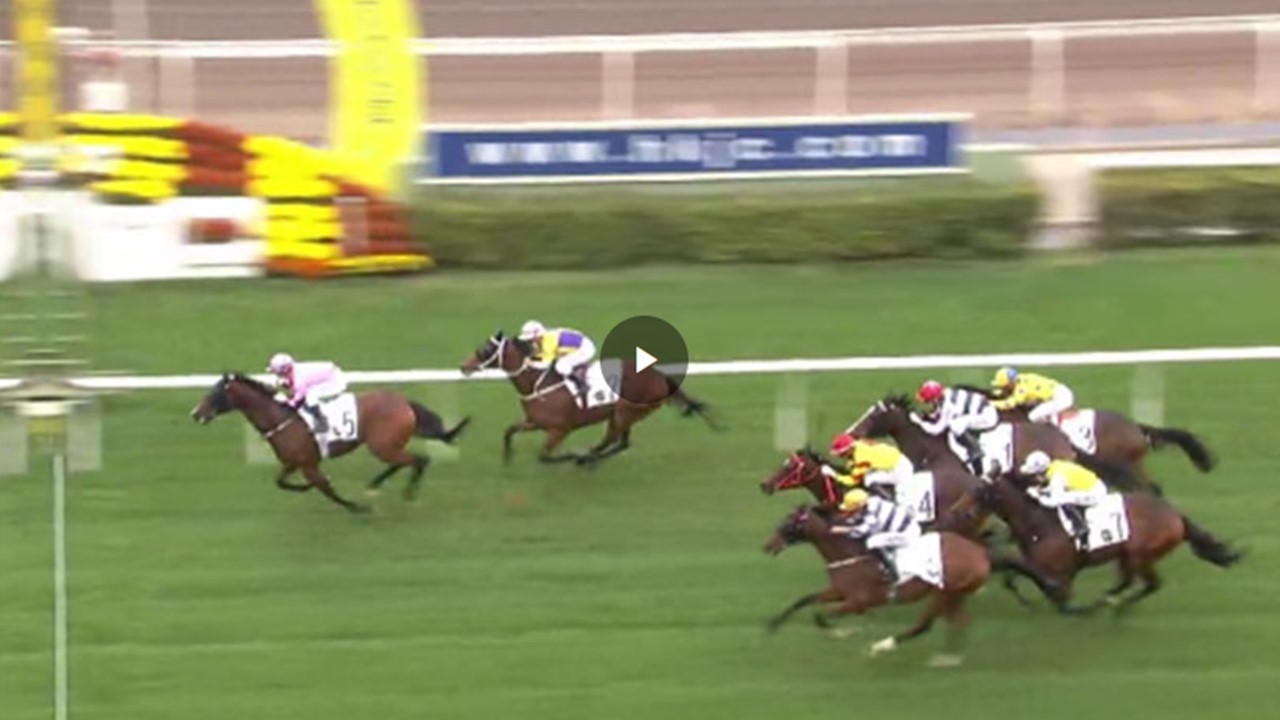 A perfectly executed ride gets the job done for Beluga (北極光).

Unflustered early from a more accommodating draw, Chadwick allowed Beluga (北極光) to find his rhythm before angling out in the straight to overhaul Ima Single Man (樂滿貫) before easing clear.

“He was in the right spot, right time. He also got the run of the race today and he got there today.  He’s been threatening to do that for a while,” Chadwick said.

“Slow-run races sometimes you don’t see the best of them so I’m hoping he’ll go better when there’s a true tempo,” Size said. 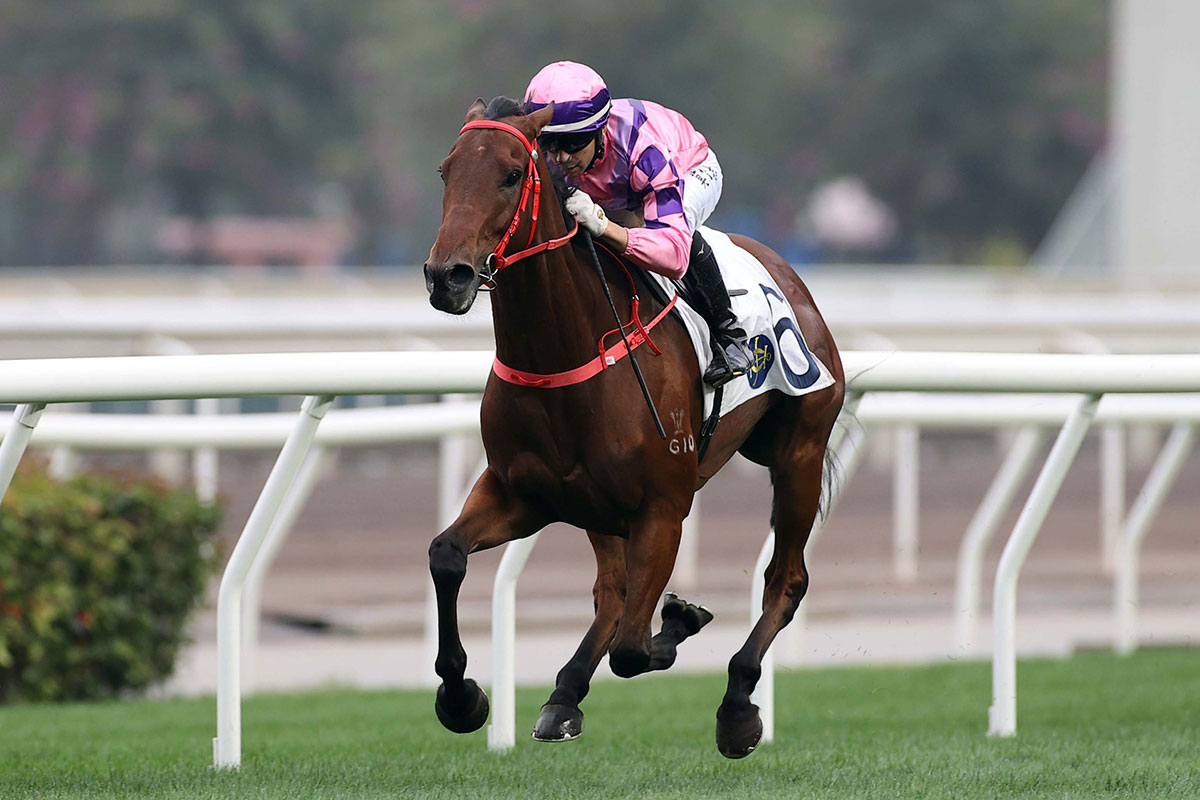 Karis Teetan produced a virtually identical ride in the second section of the Class 4 Tai Tan Handicap (1400m) aboard Happy Daily (天天得樂), who speared along the rails to post his second win in two starts.

Antoine Hamelin followed suit to snap a 52-ride run of outs to win the Class 3 Pak Tam Au Handicap (1400m) for Size, piloting Heza Beauty (美麗多多) to victory at 78/1. It was the Frenchman’s first victory since 1 December.

“Hong Kong is a tough place, this is nothing new,” Hamelin smiled. “I just never give up and I keep going to do my job. I do all the best with what I have in the hand and I’m very happy to win for Mr Size.

“It was a surprise a bit for everyone but I never give up.”

“It’s very satisfying,” said Chan, who last posted a brace at Sha Tin on 12 September. “I was able to sit outside the leader in both races and the leader was ridden by Karis (Teetan) each time. There was good speed and the horses performed well.

“It’s great to ride a double and get support from Chris and Caspar.” 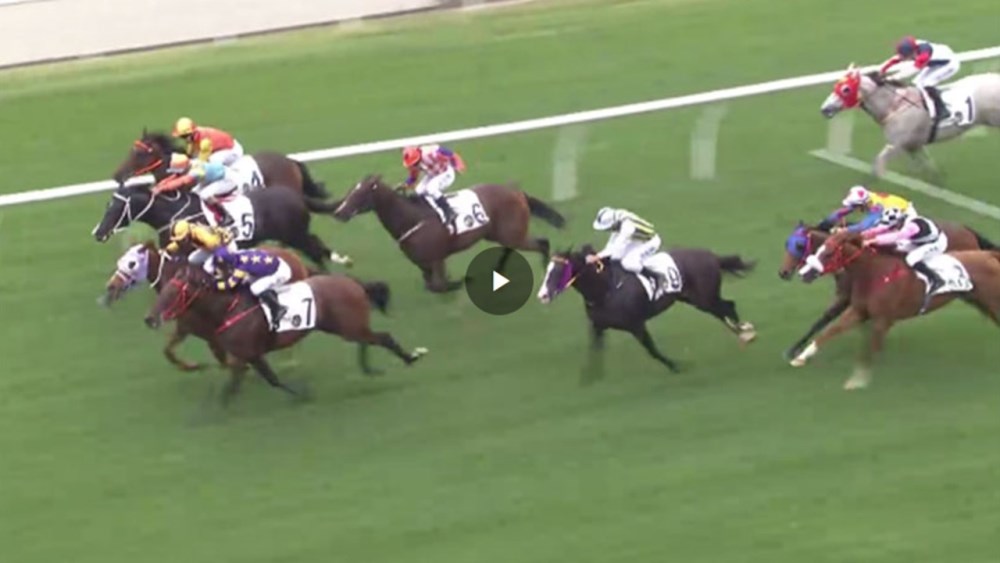 Team Spirit (堅有料) has compiled a tremendous record for So and his owners, registering six wins – all over Sha Tin’s 1200m course – as well as 11 minor placings from 44 starts for earnings of more than HK$7 million.

David Hayes was left with mixed emotions after Metro Warrior (精彩勇士) was awarded the Class 3 Long Ke Handicap (1000m) on protest after jockey Vincent Ho lodged an objection against Moreira’s mount Alcari (魅影揚飛). With only a short head separating the pair, Stewards upheld the objection.

“It’s never nice to win on protest, but I’ll take it,” Hayes said. “Every time he’s run down the 1000 (metre) straight there’s been a young superstar running, but this time there were no 100-plus horses running so it looked a good race for him today and it was nice that he could win.”

Paul O’Sullivan’s August Moon (月球) handled a rise in grade with aplomb to post his second victory in as many starts, claiming the Class 4 Tai Long Tsui Handicap (1200m) after his last-start Class 5 win over the same course and distance.