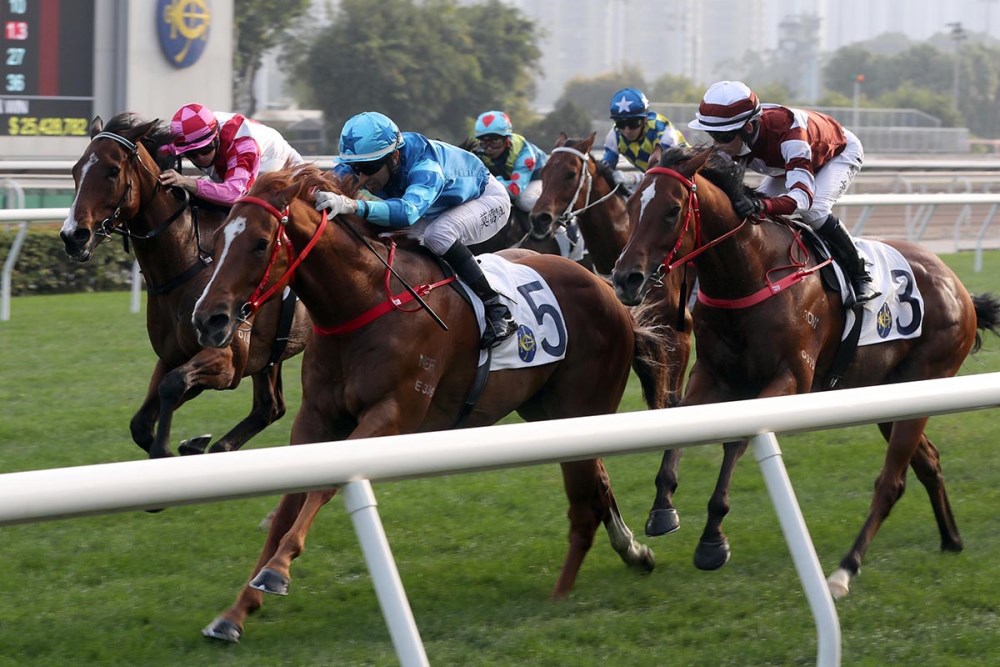 Master Eight (八仟師) is one of Hong Kong’s most exciting talents.

Master Eight (八仟師) has been one of this season’s most impressive performers with swift progression from Class 3 into a leading protagonist for Sunday week’s (23 January) HK$12 million G1 Centenary Sprint Cup (1200m) – a seemingly daunting task for the four-year-old but one that trainer Frankie Lor is quietly relishing.

“It’s really exciting, of course if he can keep winning it’ll be good,” Lor said. “We will know more after this race. If he can win, I will be really happy but if he can also finish very close then I’ll still be happy – then at least we know that he is up to Group 1 level.”

Looking for an heir apparent to the three-time G1-winnning Mr Stunning (紅衣醒神), Lor was pleased with what he saw from the Oamaru Force gelding in the G3 Bauhinia Sprint Trophy Handicap (1000m) earlier this month.

“I think he will run well – last run he dropped back and maybe he can learn a bit more by doing that, so he knows that there is no need to always lead or sit second, sometimes he can sit third or fourth and relax and still finish well,” Lor said.

Pairing in all five starts with Joao Moreira, the budding talent will instead unite with Matthew Chadwick for the first time.

“This time there will be no Joao (Moreira) – he’s riding for John Size. Matthew Chadwick rides and I will put him on to gallop the horse next Monday (17 January),” Lor said.

Master Eight (八仟師) has risen 49 rating points across just five starts after arriving in Hong Kong as an unraced PPG (Privately Purchased Griffin) on a mark of 52.

“He’s against stiffer opposition this time around but he’s there for a reason, so hopefully we can get a smooth run in transit and I’m sure Frankie (Lor) has got him where he wants him to be,” Chadwick said. “I’m looking forward to it, it was very interesting (his last run).”

“His rating is 101 and we can’t see anything for him to run in the next month or so that is suitable, so let’s see how good he is – we just don’t know,” Lor said. 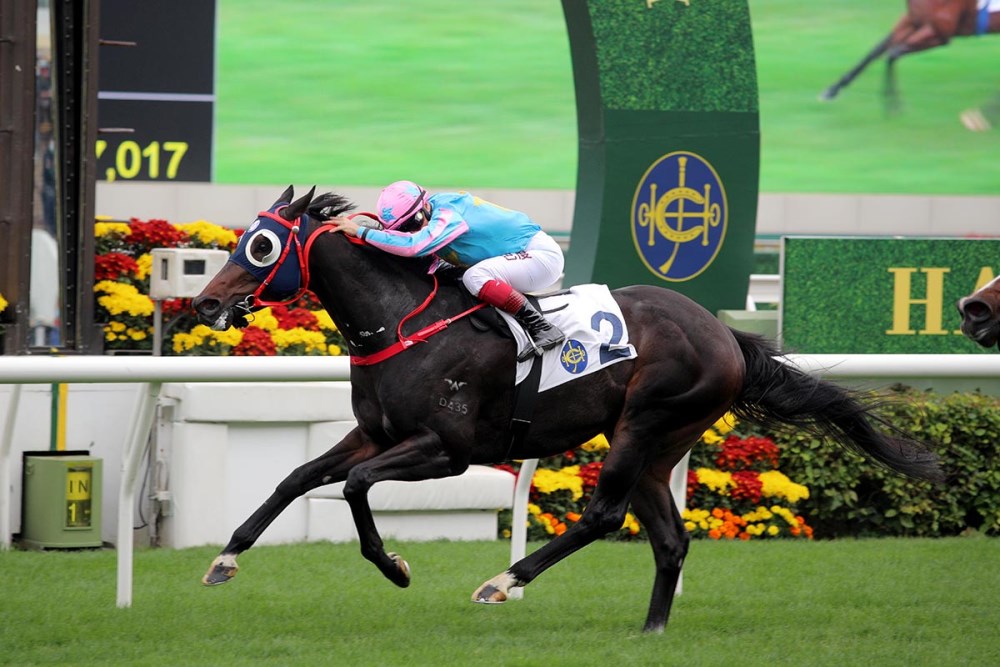 “After his last run he’s come back and he looks good, he looks better – I know Golden Sixty (金鎗六十) is really good but we have no choice on where to run him, the prize money is still very good in the race,” Lor said.

“If your horse is in good form – anything can happen, so you never know,” Lor said.

Alexis Badel is engaged to ride Healthy Happy (健康愉快); the Frenchman has partnered the five-year-old in two of his career wins.

Lor will be double-handed in the Stewards’ Cup with Kings Shield (黃金甲) also entered. 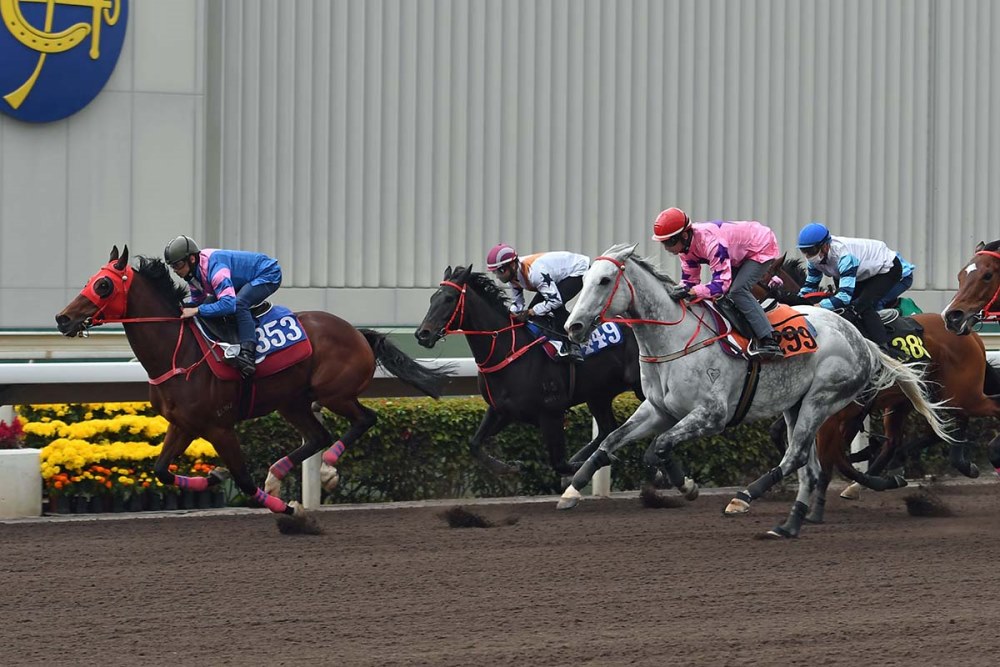 Engaged in batch one on the dirt this morning, the trio stepped away cleanly with Courier Wonder (速遞奇兵) and Hot King Prawn (旺蝦王) sitting close in the running, while Waikuku (夏威夷) trailed – as usual – at the tail-end of the group.

Under a firm hold throughout, Courier Wonder (速遞奇兵) – who is building towards the Centenary Sprint Cup – clocked 1m 11.74s under Joao Moreira to cross the line fourth, while Hot King Prawn moved into second behind Hongkong Great (超霸神駒) – clocking 1m 11.63s for the 1200m workout.

Also entered for the Stewards’ Cup is More Than This (幸福笑容) who crossed the line third under Derek Leung this morning behind Hot King Prawn (超霸神駒). Last start, the Dutch Art six-year-old finished second to Golden Sixty (金鎗六十) in the 2021 G1 LONGINES Hong Kong Mile (1600m).

In batch two, Lucky Patch (錶之未來) crossed the line eighth under Zac Purton in a time of 1m 10.58s – also over 1200m. The El Roca gelding holds an entry in the Centenary Sprint Cup.