Nervous Witness out to continue ascent at Happy Valley 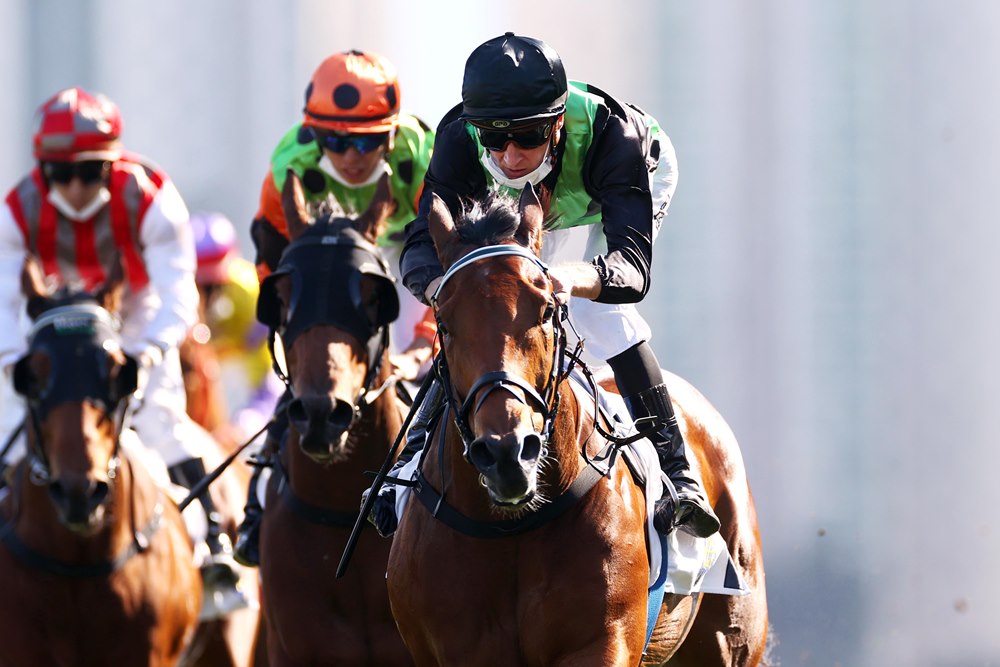 Nervous Witness (緊張大師) barrels down the straight under Blake Shinn.

Nervous Witness (緊張大師) faces a weighty task in tomorrow night’s (Wednesday, 27 April) Class 2 Cheong Ming Handicap (1000m) at Happy Valley as he looks to maintain his sparkling rise after soaring to a triple-figure rating with four wins from his first seven starts.

One of Hong Kong’s most exciting talents, Nervous Witness (緊張大師) will shoulder 133lb for his hat-trick attempt, 11lb more than Stoltz (勝不驕) (122lb) who pushed him to within a neck down the straight last start as the pair fought out an enthralling one-two finish.

Additionally, Stoltz (勝不驕) owns the 1000m course record at Happy Valley having clocked 55.85s earlier this year at a course he clearly thrives at, while eight others in the midweek fixture’s finale have won at Happy Valley in the past – setting up for a fascinating contest but one that jockey Blake Shinn believes Nervous Witness (緊張大師) can overcome with barrier three and by drawing on his untapped ability.

“Stoltz (勝不驕) is drawn directly outside of us, Zac’s (Purton) probably not going to make it easy for us but one thing about Nervous Witness (緊張大師) is you can’t really put a figure on how much the horse just keeps improving – we’ve seen great signs in his trackwork that he’s relaxing and that his character is getting better all of the time and that’s hard to quantify into lengths just how much the horse is developing.

“So, we think he’s a really promising horse, I don’t really know where he’s going to end up in the long term but it’s exciting to be riding a horse of this calibre and hopefully he can get the job done again tomorrow night,” Shinn said.

Winning his first two outings in Hong Kong by a combined six and three quarter lengths, the Star Witness gelding shot to prominence early on, however, progress eased with three defeats before kicking on for two solid wins at his past two starts.

“He’s a beautiful horse and I was very fortunate to pick up the ride at Sha Tin last time and I thought the horse did a great job. He oozes class and he toughed it out really well.

“There’s a lot of expectation on him each time he steps out but he did a good job to win and he pulled out all of the stops to do it and I thought it was an impressive performance,” Shinn said.

Shinn is of the opinion that the 100-rater – who is trained by David Hayes – is beginning to exhibit a more mature outlook in the mornings.

“He goes to a track now that he’s won impressively at before when Zac Purton rode him and although he goes up in weight, there’s a few little concerns there but he’s drawn a great barrier to negate going up in weight, so hopefully he can bounce straight to the front and prove very hard to catch,” Shinn said. A tilt on next month’s HK$3.7 million G3 Sha Tin Vase Handicap (1200m) looms as a possible end-of-season target for the sprinter.

After arriving in Hong Kong ahead of the 2019/20 season, Shinn has elected to head home to Australia at the conclusion of this term. He currently has 65 wins overall in Hong Kong, a tally which includes a pair of Group 1 triumphs.

Earlier on the card, Whizz Kid (狀元及第) steps out in a small but competitive opener chasing back-to-back wins in the Class 3 Hawthorn Handicap (1000m) under Joao Moreira.

“He did win last time at Happy Valley very impressively, the handicapper has them a bit closer this time but off a better gate, I believe he’s going to be hard to beat again,” Moreira said.

The Shalaa colt has also been assigned 133lb but Moreira has no qualms regarding his ability to overcome the hefty impost.

“He’s the kind of horse who is solid and also strong which helps a lot (to carry a heavy weight),” Moreira said.

Fresh off his first double in Hong Kong, Lyle Hewitson is hungry for more at the Valley as he looks to kick on with five rides including a renewed association with Valiant Elegance from gate one in the second section of the Class 4 Tsap Tseung Handicap (1200m).

“There’s a bit of momentum picking up and it’s all in my hands to continue forward with that and I’m grateful for the support I am getting,” Hewitson said. 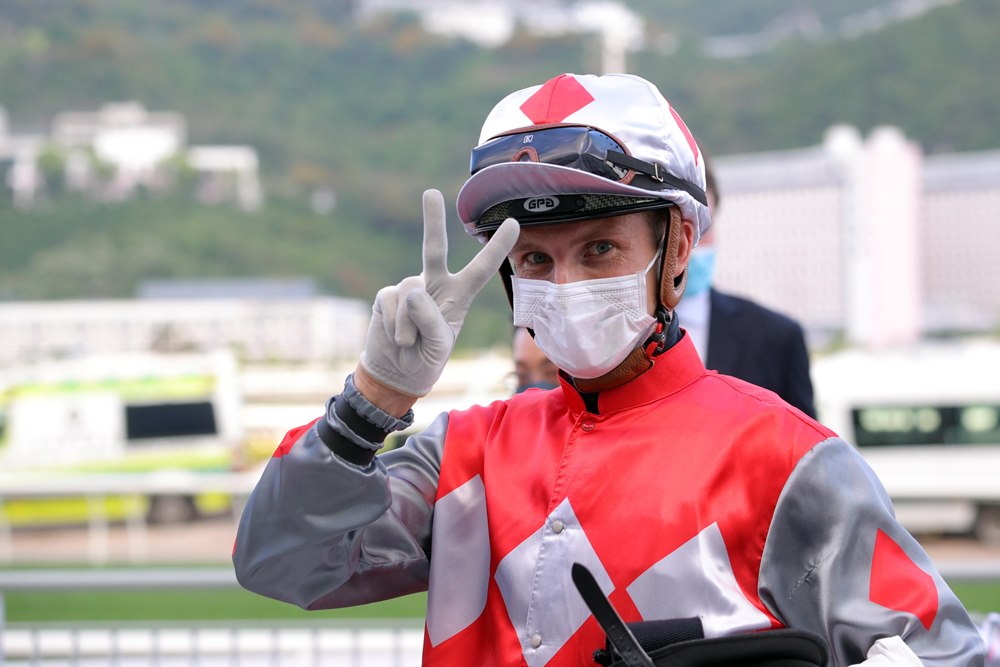 Hewitson’s first win this term came aboard Valiant Elegance (八心之威) on the dirt and he has since partnered the chestnut to a runaway victory at Happy Valley in March.

“He’s a horse who has been in great form, we’ve formed a good partnership together. In the past, draw one would have been a slight negative because he isn’t very fast out of the gates but he has a lot of natural speed. We’ve learnt a few things and he’s jumping well, so off a good jump and with the pace he has it will be beneficial,” Hewitson said.

Looking to regain top spot in the 2021/22 jockeys’ championship, Zac Purton has armed himself with eight rides including last-start victor Star Brite in the Class 3 Min Fat Handicap (1200m) at the city circuit.

“It’s going to be a little bit harder this time but he’s in form and he’s going well,” Purton said.

“He’s (Star Brite) working fine, he seems to go through his paces quite nicely in the mornings, he doesn’t overdo it and he looks after himself a little bit but he’s moving well and he’s ready to go to the races again,” Purton said.