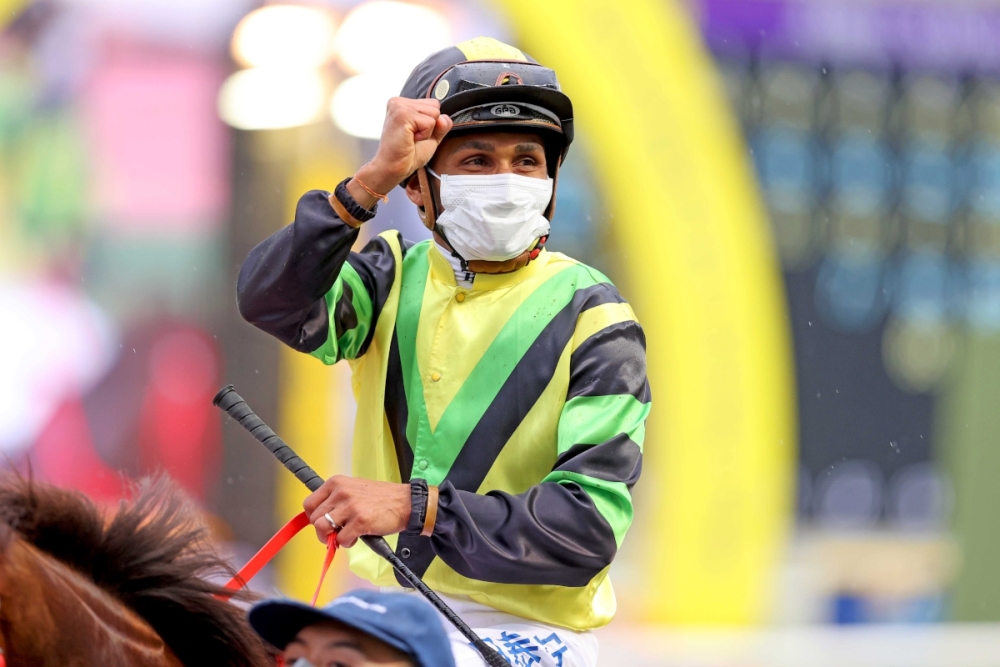 Riding in peak form, Karis Teetan slotted a quartet at Sha Tin on Saturday (7 May) to continue a stunning recent run as Joao Moreira edged clear from Zac Purton in the pair’s gripping battle for the 2021/22 Hong Kong jockeys’ title.

Teetan’s four-timer and the treble which pushed Moreira to a 114-109 championship lead over Purton came with Tony Cruz and John Size locked on 1,399 career Hong Kong wins – a figure previously traversed only by all-time record-holder John Moore (1,735).

Size, who had a double on Saturday to move to 69 wins for the season, and Cruz, who has 54 victories for the term, will renew the race for the 1,400 milestone at Happy Valley on Wednesday night (11 May).

“It’s nice to ride a few winners and things are going well,” said Teetan, who also had a double at last Wednesday’s (4 May) Sha Tin fixture. “Without the support, it’s not easy. So, thank you to all the trainers and owners for their support. I’m very happy with the way things are going.”

The Mauritian now has 63 wins for the season.

Lor narrowly holds sway in the trainers’ standings – 70-69 – after matching his former mentor’s feat of notching a double.

Size, the 11-time championship winner in Hong Kong, remains strongly in contention after victories by Erimo (烈風) and Power Koepp (電源之駒)– both were ridden by Moreira.

“We’ve had a couple of winners today, which is good,” Size said before addressing the title race. “I’ve never been confident because it’s so close so I’ll keep trying and see what happens.”

Apart from his double for Size, Moreira also scored aboard Red Elysees (紅麗舍).

Cruz continued his push towards 1,400 with Super Fortune’s (連連有盈) success in the Class 3 Celosia Handicap (1200m) under Teetan. A son of Zoustar, Super Fortune (連連有盈) improved his record to three wins from nine starts.

Ricky Yiu is optimistic Good Luck Friend (寶成智勝), winner of the Class 2 Carnation Handicap (1400m) under Teetan, can continue to thrive after returning to peak form.

Winless since being crowned Champion Griffin in 2019/20, the Swiss Ace gelding carried only 113lb for Teetan – a crucial factor in the decision to race on the speed.

“He’s not a difficult horse to ride, he’s straight-forward. With the weight, I said to the jockey, I thought he would perform. He needed 1400m.

“Hopefully Karis will ride him again. With the rating of 85, if he goes up five, he’ll be in the middle of Class 2 and he will do it again. He’ll perform again. He’s a very honest horse.”

Champion trainer in 2019/2020, Yiu has tallied 34 winners this term and expects more before the season’s close.

“The stable is full of youngsters and they still need a bit of time for them to perform, but gradually the winners will come,” Yiu said.

Teetan secured a treble aboard Looking Cool (路路爽) in the Class 3 Daphne Handicap (1600m) for Lor. Formerly named Sequoideae when trained in Australia by Stuart Kendrick, Looking Cool (路路爽) will benefit from more racing, according to Lor.

“You can see he still throws his head around,” said Lor. “I think he will improve with more racing as he gets older.”

Douglas Whyte predicts Majestic Knight (電氣騎士) will continue to flourish after his emphatic victory in the second section of the Class 4 Erica Handicap (1200m) for Lyle Hewitson.

“I think he will be competitive in Class 3 but again, I will reiterate that he’s only three-years-old and what he’s done today with 133lb is quite impressive and he’s still got next season to look forward to,” Whyte said. 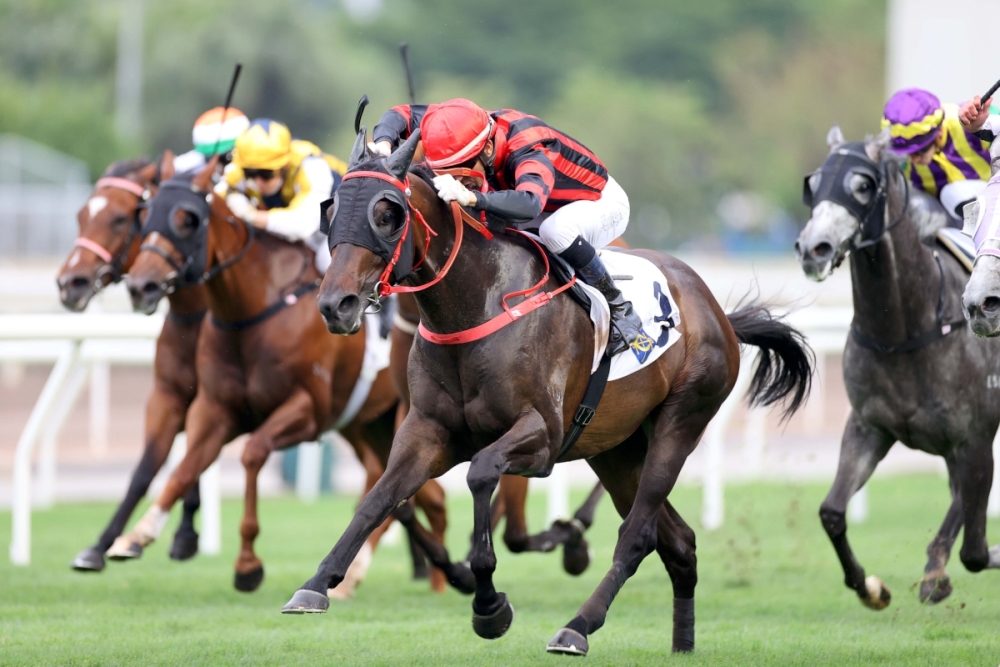 Moreira coaxed the best out of veteran Red Elysees (紅麗舍) in the Class 4 Jasmine Handicap (1800m) for Manfred Man. It was the nine-year-old’s fifth win at his 73rd Hong Kong start for earnings in excess of HK$7 million.

Moreira’s double for Size came in the Class 3 Balsamine Handicap (1000m) with Power Koepp (電源之駒) before piloting Erimo (烈風) to a breakthrough success in the Class 4 Hydrangea Handicap (1400m).

“The mile suits him now and he just toughed it out. Derek said before the race ‘I think they’ll go quick and there might be a hole in the middle’ and that’s how it turned out. I think as he’s got older, he probably wants to go further, he just hasn’t got a lot of early speed and he possibly could get 1800m later in the season. It was a good, tough win.”

Victor Wong celebrated his second win of the season when Faulds (忠肝義膽) saluted at 34/1 in the first section of the Class 4 Erica Handicap (1200m) for Denis Yip.

Posting his first winner since Alcari’s (魅影揚飛) success on 5 December, Wong said: “Yes, I’ve been waiting for a long time to get a winner. I was a bit surprised. The horse dropped in class and he improved. He was very comfortable in the run and he finished off really well.
“I’ve just been working hard.”