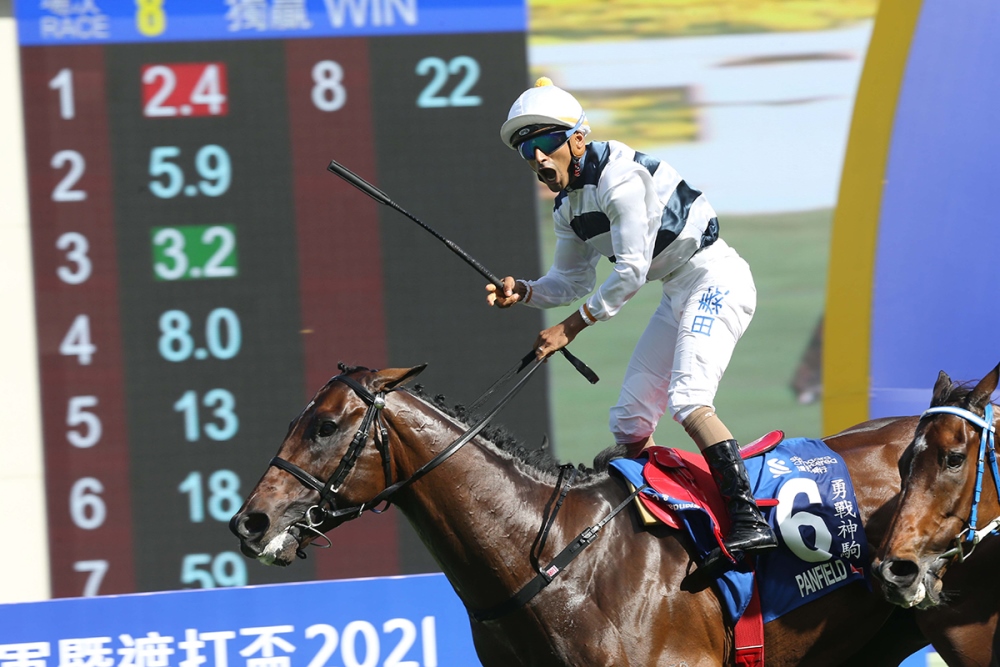 “He had a few runs where he wasn’t performing to his best but you could see that he ran well last time and what I’m feeling now is that he is coming back to himself,” Teetan said.

Chasing back-to-back wins in the final Group 1 of the season, Tony Millard’s five-year-old tuned up with Teetan this morning (Tuesday, 10 May) after closing for third last start at odds of 73/1 in the G1 FWD QEII Cup (2000m) behind Romantic Warrior (浪漫勇士).

“I like the way that he responded today, so I think Tony has him in good shape, it’s an important race for him so we’re going to give it a crack,” Teetan said.

Panfield (勇戰神駒) rolled over the line first in his barrier trial this morning at Sha Tin, clocking 57.86s over 1000m on turf under urgings from the Mauritian.

“It’s nice to get back on him again this morning, it’s been a long time, he felt good and I was happy with the way that he behaved himself. He went down nicely, he stood in the gates very calmly and he jumped beautifully before following the speed throughout and when I put some pressure on him he responded well.

“I think the horse is running very well at the moment, he ran a good race last time, I think he’s going into this race in a way that he’s improving, that he’s getting better for the race,” Teetan outlined.

Panfield (勇戰神駒) returned in excellent order first-up this term to nail victory in the G2 Oriental Watch 60th Anniversary Sha Tin Trophy Handicap (1600m), however, since then he has failed to find a placing across four runs until his latest effort.

“I will ride him in the race – these staying races are his go and there isn’t many of them, so a horse like this needs those long races. He won it last year and he was well prepped for it and I think where he is now, you feel like he’s in the same position going forward,” Teetan said.

Millard has entered Panfield (勇戰神駒) for the G1 Takarazuka Kinen (2200m) at Hanshin in Japan on Sunday, 26 June.

“I’m not sure what they will be doing but there’s not many races for horses like him in Hong Kong after this Group 1 coming up, so if they have the opportunity to go and if he does do well next start and the owners and Tony believe he should go then it is totally up to them,” Teetan said. 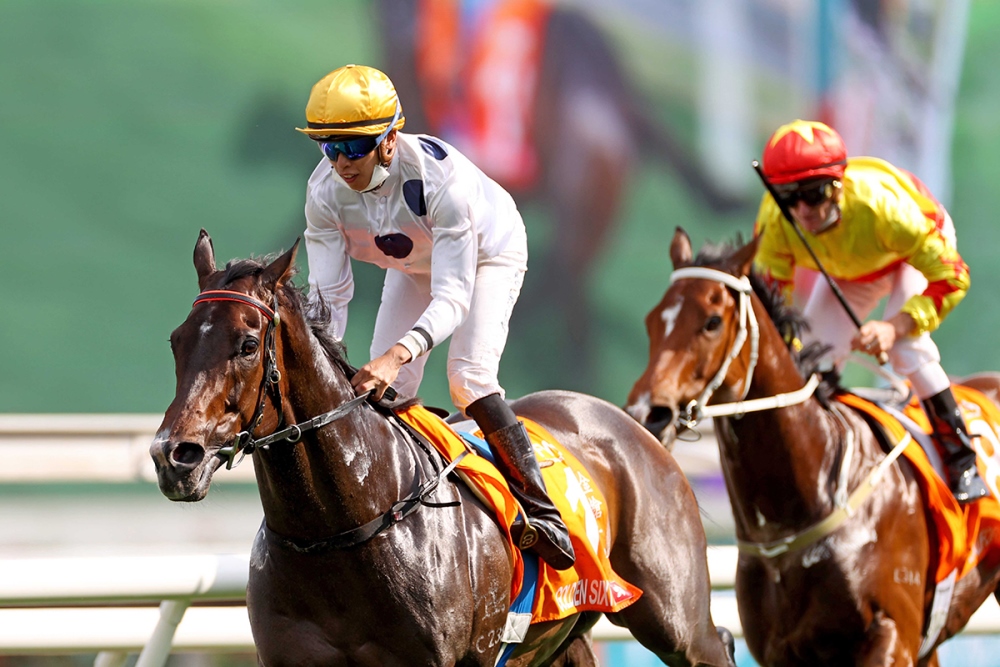 “The main target is the Hong Kong Mile for three wins in a row, everything is fine with the horse,” said trainer Francis Lui.

The 131-rater successfully defended his crowns in both the LONGINES Hong Kong Mile and G1 FWD Champions Mile (1600m) this season and was entered to contest the G1 Yasuda Kinen (1600m) at Tokyo in Japan on Sunday, 5 June.

“We’ve decided not to go, we discussed it with the owner yesterday (Monday, 9 May) and we’ve decided to let the horse take a rest and we’ll start again next season,” Lui said.

On a busy morning of trials at Sha Tin, Russian Emperor (將王) kicked off proceedings for the ‘big guns’ by finishing  fifth over 1000m on the turf, clocking 59.10s under Blake Shinn.

Douglas Whyte watched on pleased as the Galileo gelding gears up for an assault on the G1 Standard Chartered Champions & Chater Cup (2400m) on Sunday, 22 May at Sha Tin.

“I’m very happy, obviously there was a little bit of ease in the ground which he would have appreciated but the horse is healthy, he’s in good condition, he’s come out of his last race well and Blake was happy with him, so it’s all systems go at this stage,” Whyte said.

A five-year-old, Russian Emperor (將王) will have first run over 2400m as a gelding after twice challenging the distance in his maiden season in Hong Kong.

“I am of the opinion that the distance will suit him, he has the racing style and pattern to see out the trip and he seems to have a good turn-of-foot when things go his way, so I am not really concerned about the trip, it’s just a matter of how firm the ground is on the day,” Whyte said.

The 122-rater claimed the G1 Citi Hong Kong Gold Cup (2000m) on yielding ground by over four lengths three starts ago in February.

“He’ll probably have one more gallop really, he’s a fit horse and he’s been presented well and he remains in good condition,” Whyte said. “It’s just a matter of ticking over now and that trial would have topped him off nicely, so there’s not much more to do.”